The Christian Message: He is Risen! 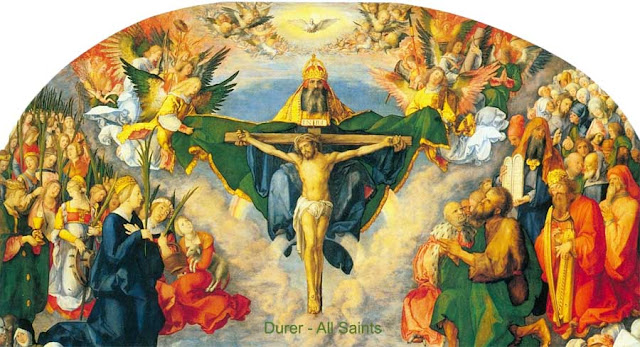 The Christian Message: He is Risen!:

Christ’s Resurrection From the Dead -- The Christian believer’s certification of the truth and assurance of eternal life, as opposed to that ofeternal death

“……For this cause I was born, and for this cause I have come into the world, that I should bear witness to the truth. Everyone who is of the truth hears My voice.” John 18:37

“…..I am the resurrection and the life. He who believes in Me, though he may die, he shall live. And whoever lives and believes in Me shall never die…” John 11:25-2

This emeritus Christian pastor is no stranger to some online forums. I find that if a person wants proof of human foolishness, all one has to do is access some web forums; better yet some Facebook comments. There exhibited, are more often than not, comments by people who defy human logic and scatter sound reasoning to the four winds. The minority comments are those whose forum personalities think through their responses and clearly and  sanely communicate.

Recently, there was a comment on this one national forum that illustrated an erroneous universal conception of the Lord Jesus Christ. The forum personality stated that Christ never existed and that there was no evidence of him on the historical scene. And, this foolish forum personality brazenly went on to illogically assert that because we have no personal writings of Christ, - that, (in itself) was evidence for his non existence.

Of course, we know that few (by comparison in number) people, who lived in the past, personally left little in the way of historical documentation about themselves. [Relatively few people keep a daily diary].  And, unless they have made provisions while they lived – and their family members didn’t destroy personal writing provisions – there is none of that particular "proof" that these people ever existed. But, as I just stated, if you desire evidence of human foolishness, just go and visit, online forums.

Of all people who have ever lived, Jesus Christ is more evidenced by human history:

It is fallacious reasoning to insist that people from the past must have personal writings to establish their existence. Foolish people who accept this false premise are very quick to dismiss both the Hebrew and Christian Scriptures. They refuse to accept these historical documents at face value and to recognize that the major theme in its composite 66 books is the person of Christ. People who will find their souls damned in hell forever with death everlasting, will have refused to accept the testimony of history of the Christian Faith being spread in all corners of the world by groups of Christians who worship Christ. They fail to understand that history was, and still is, (by many) to be divided by BC and AD.

Refusing to accept the historical person of Christ is a smoke and mirrors excuse:

As I stated in a previous message, people refuse to accept divine Scripture, God, Christ, and His saving sacrifice for their souls because they love to live with their sins and sinful lifestyles. They would rather give their souls to the devil and all of hell’s eternal damned rather than humbling themselves and accepting that they are sinners who have offended a just and holy God – and, who, must, according to his holy nature prohibit them from His holy heaven, except they be covered with the forgiving holiness of Christ, who was sacrificed on their behalf. Philippians 3:8;9 ; Matthew 22:1-14

People who refuse to accept Christ, who He claimed to be, prefer to go it alone in eternity. They would rather dismiss the Scripture’s prophetic message of Christ and His God revealed Scriptural biography:

“……For this cause I was born, and for this cause I have come into the world, that I should bear witness to the truth. Everyone who is of the truth hears My voice.” Gospel of John 18:37

“…..I am the resurrection and the life. He who believes in Me, though he may die, he shall live. And whoever lives and believes in Me shall never die…” Gospel of John 11:25-26

The Gospel Good News of the Christ being your sacrifice for your offensive sins against God and fellowman takes on new meaning when we consider that He now lives, having been risen from the dead:

Not too long ago I talked with someone who was bothered about his hereafter existence. He knew that his time here was very limited. I told him that I don’t believe in those 4 or 5 point prescriptions that are used to convince a person that they are one of God’s children. Rather, I pointed him to some basic Scripture realities about human sin; God’s wrath and displeasure over sin; His judgment of sin and the sinner – but also, His love in Christ, who came to be the holy and just God’s “Lamb” sacrificed for sin, in order to allow the sinner to be accepted by God and His heaven. I explained about the thief on the cross next to Jesus, and said to this fairly young man – “Look to Jesus Christ whose work for you, was to be God’s cleansing for all of your sins. Trust Him and His sacrifice for you.”

Friend, it is not that complicated – especially when you are able to leave your sinful excuses behind and come as the Prodigal [Lost] Son who had nothing to offer, except a contrite “sorry” for having sinned against God commandments and his fellowman. Luke 15:1f

Friend, I would be wasting my time to attempt to convince you of evident realities, except it be for the grace of God. Only through the grace of God will you come to the knowledge of the truth. May the Christ who claimed to be total truth and, who, history testifies to His resurrection from the dead, -- may He by God’s grace and mercy, (by His Holy Spirit) lead you to encounter the Truth and lead you to life everlasting. May you expose yourself to the Lord's written revelation. It is by that written Scriptural revelation of God [His Word] that faith can be had in your sinful soul. Romans 1:16 ; Romans 10:17 ; 2 Timothy 3:14-17 ;James 1:18 ; 1 Peter 1:23 ; Acts 8:26-39

My father taught me the following declaration every Easter morning, as he would go room to room waking up his sons. He would declare: “He [Christ] is risen!” And then he would expect the following reply: “He is risen, indeed!” Such was the declaration and response of the early Christians every year commemorating the death and resurrection of the Christ of history.

Short music video - "Up from the grave He arose" - youtube.com

Above Message and Related Scriptures [below] -- Intended to be utilized in a simple worship format:

Related Scriptures To the Above Message
Old Testament:

Of Whom Does the Prophet Speak" -- by Victor Buksbazen -- Isaiah 53:1-12 -- an in-depth view of and the prophecy of Christ, hundred of years before his birth. Isaiah 53:1-12 underscores the truthfulness of Divine Revelation as exemplified in the Hebrew and Christian Scriptures.

The "Words in Season" topical messages and related worship format are not intended to discourage or replace the Christian worship and assembly of Christians at their particular places of church worship. As this website's author, it is my prayer and hope, that many souls will find the topical messages, related worship format and other material, a useful and valuable Christian resource.

1 -- What is meant by “Believing” and / or, being, “Saved?”
2 -- How the saving (believing) process of the Christian Faith takes place
3 -- What are the tell-tale signs that a person has been “Saved” [is a Christian

Note: This message, (with the exception of some minor editing) was previously posted online by Nathan Bickel
Posted by Pastor emeritus Nathan Bickel at 11:10 PM


'via Blog this'
Posted by Ichabod the Glory Has Departed at 7:06 PM