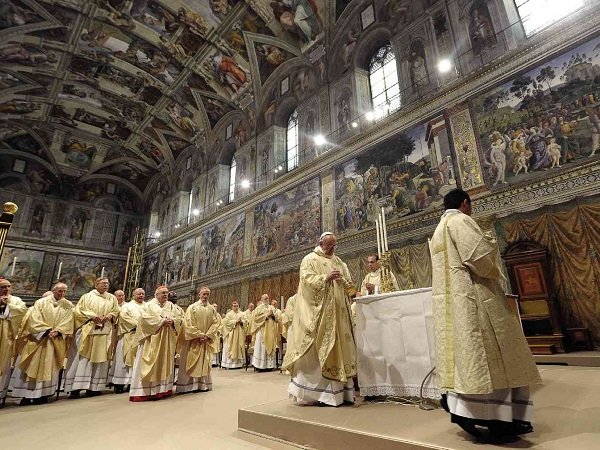 Vice President Joseph R. Biden and House Democratic leader Nancy Pelosi both received Communion during the Mass to celebrate the installation of Pope Francis in spite of their pro-choice position on abortion.

The vice president’s office confirmed Tuesday night that both he and Mrs. Pelosi took Communion during the Mass at St. Peter’s Square in Rome

Some Catholics argue that politicians whose positions on abortion and contraception conflict with church teachings should not receive communion.

“Vice President Biden and Nancy Pelosi should certainly not receive Communion, either at the papal installation or anywhere else. Communion means ‘union,’ and they are not in union with the church on the most fundamental moral issue of the right to life,” said the Rev. Frank Pavone, founder of Priests for Life, a U.S.-based Catholic anti-abortion organization.
He predicted a “public uproar” if they took Communion.

'via Blog this'
Posted by Ichabod the Glory Has Departed at 6:45 PM