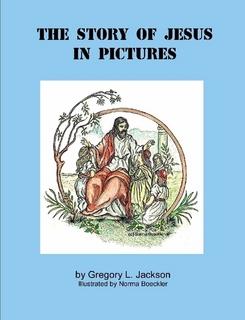 The interior has been set up for The Story of Jesus in Pictures, which is now at Lulu.com. Norma Boeckler wanted to produce a book for children, which was made up of illustrations about Jesus.

The cover is being finished, so we are not far from completion. 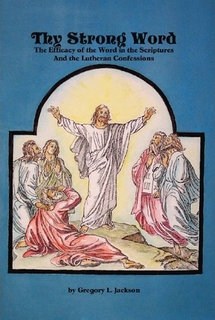 Next is Thy Strong Word, The Efficacy of the Word in the Scriptures and the Lutheran Confessions.

This is being proof-read, but also ordered time after time from Lulu, even as we speak.

The original was published in 2000, as I recall. I would have to find an original to check the date, but I may have given  that one away.  Yes, on purpose.

The original used a lot of text in Hebrew and Greek, which I thought was useful for clergy. However, the laity were the ones reading it and they found all the material they could not read a problem.

So - despite all the shunning and refusal to give any coverage to this 700 page book - people are requesting it more than any other, 16 years later. 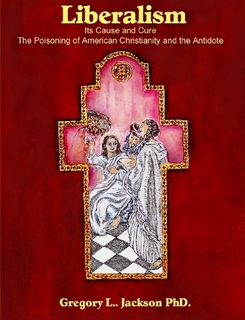 Book Publishing History
My dissertation was published by the Augustana Historical Society. I finished the PhD in 1982.

I also had an essay or two published in a book, from a conference on aging that Mrs. Ichabod and I attended in Atlanta, about 1978.

I wrote a series of essays for Christian News, explaining how apostasy developed in America. He suggested it for Northwestern Publishing House, and they accepted it. NPH may have been the last bastion of Lutheran doctrine  in WELS at that time. Publishing was delayed, and when Liberalism: Its Cause and Cure came out, the Church Growth faction exploded in anger.

The irony is that I delayed writing the last chapter, which became The Cure chapter, about the Means of Grace versus the Church Growth Movement. Once I gave The Cure paper at a WELS pastoral conference, with the drama queens fainting and throwing tantrums, I knew that was the definitive last chapter.

DP Bob Mueller traveled down to Columbus with the stated purpose of getting rid of me. The only doctrine he ever opposed was Lutheran doctrine, although one council member forced him to agree that I did my job well and taught correctly. Tis a burden to live a life of lies. No wonder so many WELS DPs, CPs, and clergy are hopeless drunks.

NPH accepted Catholic, Lutheran, Protestant for publication, but wrote me a snotty letter about not printing it until I "changed my attitude." I did not change my attitude: I remained Lutheran.

But Liberalism sold like hotcakes, enraging the WELS honchos who still maintained Church Growth did not exist in WELS. Wayne Mueller, the father of the transvestite pastor in Arizona, was the WELS leader who published the claim that WELS had no CG, but if it did, it was in harmony with the Scriptures. My new versions would be, "There are no transvestite pastors in WELS, but if there are, they are perfectly normal."

So I left WELS, resigning in disgust, a great move. My wife was uninsurable, but we found medical insurance for her, one time after another.

That was when I began to self-publish through Herman Otten's publisher, then Lulu. Pastor Otten's son Tim was a great help with

Switching to Lulu meant I also received a lot of artistic help from Norma Boeckler. That continues to be a great boon in every way possible. I do not have to worry about template-looking covers. Norma designs them.

I enjoy using a desktop with a large screen, but most people are mobile and like having a library on their devices. For that reason, when I began to use Kindle versions for gardening articles, I decided to start publishing with Create Space and move everything over, in time, to that platform.

Communication without the Rottweilers Blocking
This could be a Litany for a service for leaving the established Lutheran sects, named These Are the Last Days of an Insane, Old Word:

The Rottweilers, known more for their vicious nature than their intelligence, make sure only their boys and girls are in charge. They promote the work of their own circle with steroidal joy and energy, but watch carefully lest anyone else have a say, obtain a position, or even publish a book or article.

Major scandals in Lutherdom are either spiked completely by Christian News or deep-sixed on page 17. As far as I know, WELS is the first denomination to have the FBI raid its headquarters and collect the computers. Did anyone read that story anywhere but here?

Likewise, a publication, in the old days, was nothing if no distribution was available. By controlling distribution, and even by blocking it, the established synods control the message.

The Rottweilers also control friendships, using one man or one member to keep a pastor from doing anything -

The Social Media and Self-Publishing
Blogging, Facebook, Twitter, Google Plus, YouTube, Ustream, and self-publishing are a giant chip shot above the heads of those who guard the net. (Tennis allusion)

Lutheran clergy, teachers, and laity - no one is your master now. You are not confined to a location for worship. You can enjoy a vast library of genuine Lutheran books from the Net, from Luther's sermons to the entire Book of Concord. Cost is no issue.

Martin Luther started with the truth of the Scriptures and let them control the agenda. He did not begin with this thought, which paralyses so many "Will my synod approve?" 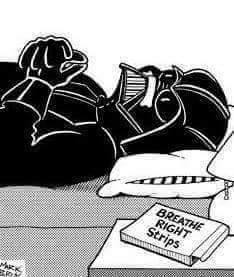 Posted by Ichabod the Glory Has Departed at 5:35 AM 0 comments

Print Copies of Making Disciples: The Error of Modern Pietism Are Arriving


The Kindle price for Making Disciples is only $3,99. Kindle Unlimited is $0 for now.

Quite a few people have requested multiple copies of  Making Disciples as a printed booklet. If you send your name, address, and number needed, I will send them to you free - or at the author's price of $2 or so. Some people have given gifts to get them distributed for free, so do not hesitate to ask.

I order them as soon as the request comes through.


The Great Commission in Various Translations. 10

The Message, also known as the Surfer Dude Version. 12

The Shorter Reading Is Preferred. 22

The More Difficult Reading Is Preferred. 22

When in Doubt, Favor Tradition. 23

The Aland edition of the New Testament. 25

Eugene Nida Took Away the Precise Translation Method of the KJV. 28

Tyndale Studied under Luther and Melanchthon. 29

All English Bibles Begin with Tyndale. 30

The Great Commission – Subverted by the Modern Pietists. 40

Object of the Verb To Teach. 41

A Disciple Is Not a Soul-Winner, Simply a Pupil 42

The Verb in Matthew Is Not a Good Argument for Making Disciples. 42

No Need for Another Translation. 45
Posted by Ichabod the Glory Has Departed at 1:58 AM 0 comments

Email ThisBlogThis!Share to TwitterShare to FacebookShare to Pinterest
Labels: Making Disciples: The Error of Modern Pietism

Lutheran Resources found on Ichabod, The Glory Has Departed

The Augsburg Confession, Book of Concord

Apology of the Augsburg Confession, Book of Concord

Luther - Galatians Commentary, Recommended by the Formula of Concord

Complete Text of Bente's Historical Introductions in One File

The Formula of Concord, Solid Declaration 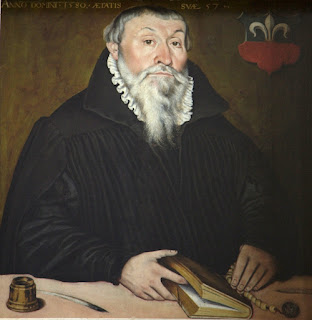 Liberalism: Its Cause and Cure

The Story of Jesus in Pictures, In Color

Coloring Book - The Story of Jesus in Pictures

Luther versus the UOJ Pietists: Justification by Faith

Thy Strong Word - English only edition

Moline High School 1966 - The Class the Stars Fell On

To Order from Lulu.com

From Bruce Church - The Error of Missouri and Lutheran Seminary Costs

Various Formats - The Error of Missouri 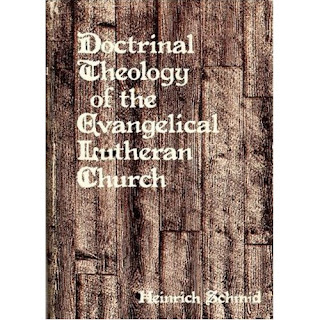 Text Version of Doctrinal Theology - Perfect for Copy and Paste

Another PDF of Doctrinal Theology 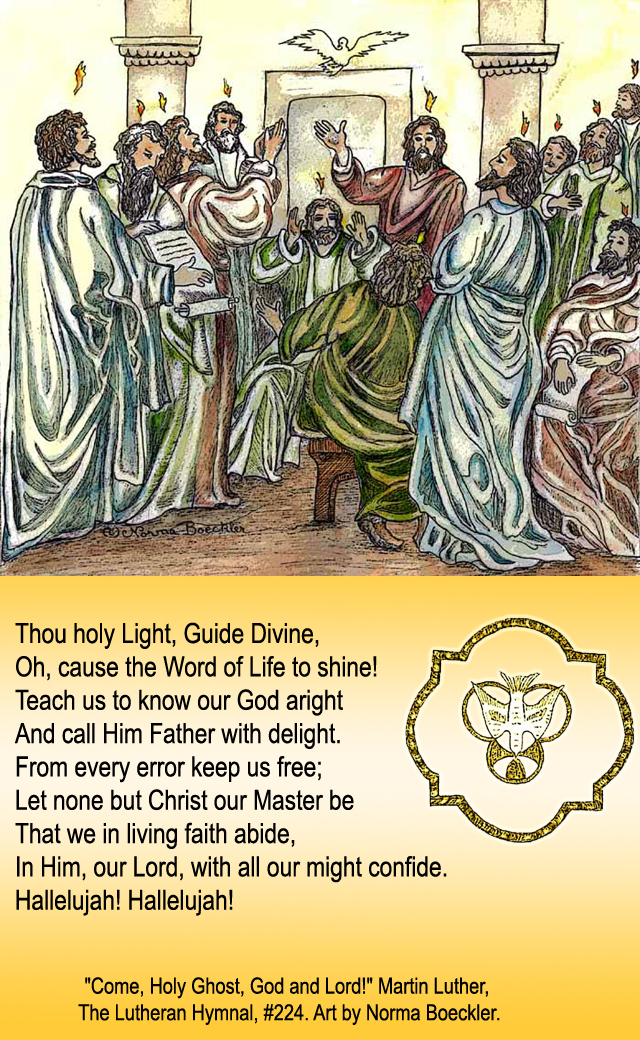 Project Wittenberg - Texts about Luther and Other Lutherans

Pastor Paul Rydecki's books and links to his stand on justification by faith are here.
Posted by Ichabod the Glory Has Departed at 12:29 PM 0 comments