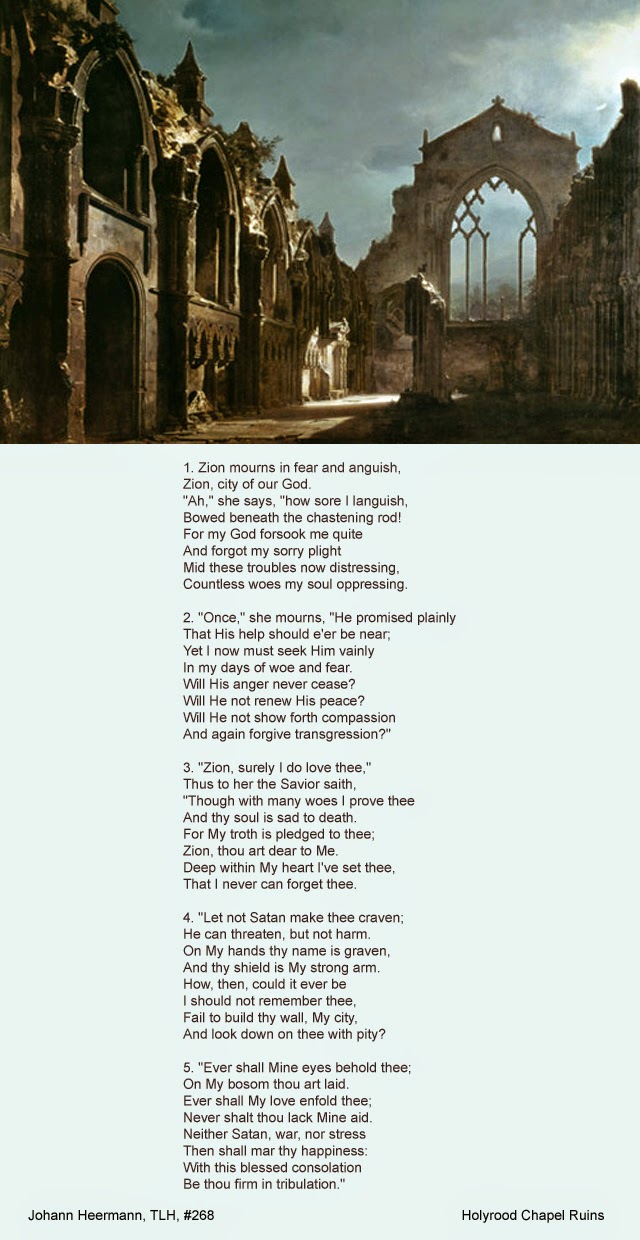 Scoffers in the Last Days, Following Their Own Lusts

Twenty-Sixth Sunday After Trinity
O almighty, eternal and merciful God, who by Thy beloved Son, our Lord and Savior Jesus Christ, hast established the kingdom of grace for us, that we might believe the forgiveness of our sins, in Thy holy Church on earth, since Thou art a God who hath no pleasure in the death of the wicked, but that the wicked turn from his way and live: We beseech Thee, graciously forgive us all our sins, through the same, Thy Son Jesus Christ, who liveth and reigneth with Thee and the Holy Ghost, one true God, world without end. Amen. 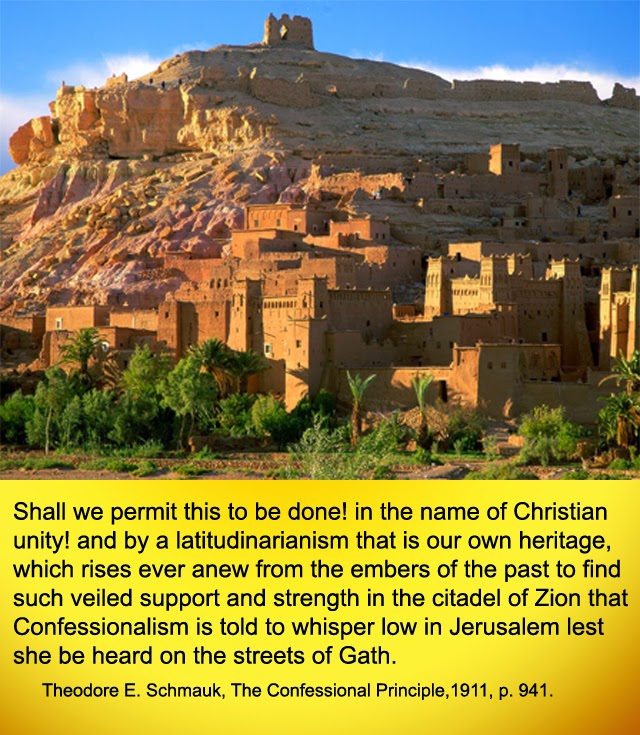 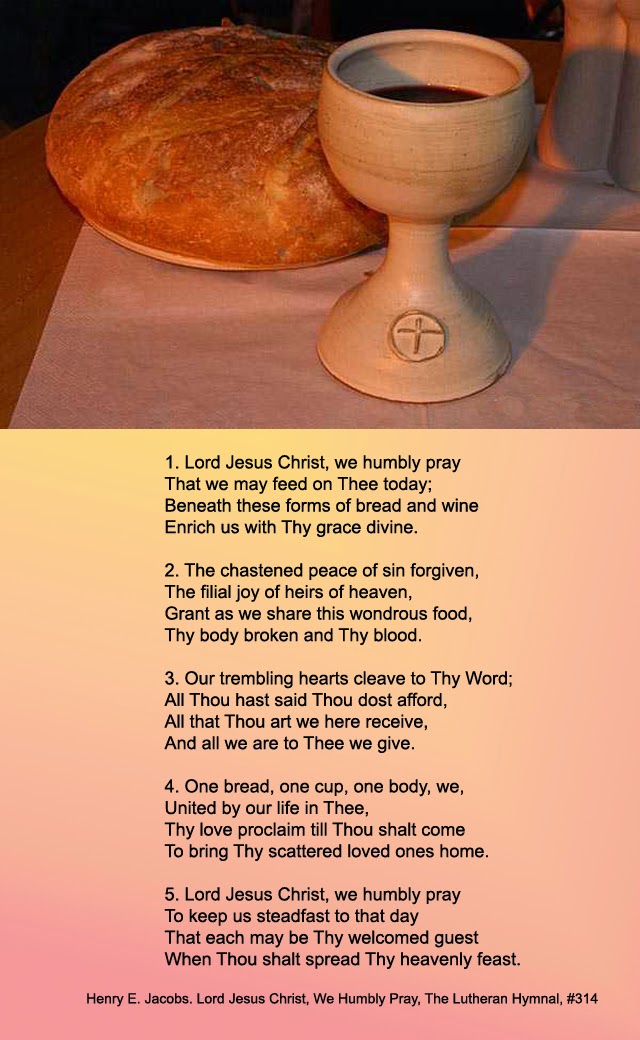 Scoffers in the Last Days, Following Their Own Lusts

KJV 2 Peter 3:3 Knowing this first, that there shall come in the last days scoffers, walking after their own lusts, 4 And saying, Where is the promise of his coming? for since the fathers fell asleep, all things continue as they were from the beginning of the creation.

The Age of Apostasy was predicted at the beginning of the Apostolic Age:

2 Thessalonians 2:3 - Let no man deceive you by any means: for [that day shall not come], except there come a falling away first, and that man of sin be revealed, the son of perdition;

1 Timothy 4:1 - Now the Spirit speaketh expressly, that in the latter times some shall depart from the faith, giving heed to seducing spirits, and doctrines of devils;

The Greek word apostasy means falling away, which means those who once believed no longer do. That effect has been the goal of modern theologians ever since F. Schleiermacher taught at Halle University (the alma mater of Bishop Martin Stephan, H. Muhlenberg, and A. Hoenecke). Halle was created to teach Pietism and soon became rationalistic.

The Pietists did not like the Lutheran Confessions, and this dislike led to a rationalistic approach to the Scriptures, which fostered "faith without belief" - the hallmark of modern apostasy.

Faith without belief means using the words of the Christian Faith without believing what is taught in the Scriptures. Instead, the Word of God is examined for all its faults and contradictions (all imagined) and judged by more recent authorities. If someone's uncle in the Synodical Conference wrote a paper, that paper trumps the Word of God and the Confessions by virtue of being the product of someone's uncle. With a web of relationships, every clergy's family member becomes an Apostle by virtue of DNA.

Once people are sufficiently doped up with this kind of thinking, the articles of faith are removed by the scoffers, who know better than God. Thus one issue of The Episcopalian had two clergy debating whether Jesus rose from the dead or not. The anti-resurrection writer was full of smiles and charm, cheerful and willing to tolerate those with a "Sunday School religion."

This kind of debate can be seen happening in all denominations. The Episcopalians of the past would have been shocked to find the resurrection debated in their own paper - by their own priests, but now they are debating more obvious deviations, like marriage.

One initial objection concerned the coming of Christ. That was an easy target for them. Why has He not returned. Everything continues as before. If He was wrong about that, then how many more things are also taught in error?

And yet, they had the Gospels, memorized, recited, written, that pointed out Jesus' teaching - No one knows the time, only the Father, not even the Son. To argue about the coming of Christ implies a knowledge that is denied to divinity, certainly also to humanity.

And today, this same topic generates instant wisdom. The Blood Moons are the new craze, although that never came up before. If it had been so obvious, why were they not mentioned many times before? Perhaps because every lunar eclipse looks reddish, dark - like blood. Some of us knew that, but the prediction is for something more dramatic, yet to be seen.

2 Peter 3:5 For this they willingly are ignorant of, that by the Word of God the heavens were of old, and the earth standing out of the water and in the water: 6 Whereby the world that then was, being overflowed with water, perished:

Which one was abandoned first - efficacy, Creation, the Genesis Flood? All are a product of Halle University Pietism turning rancid, into Rationalism.

And yet look at the picture painted near the time of Jesus. It is what we know today. The landmasses stand out of the water, since the earth is mostly ocean. Everywhere we see evidence of the Flood, from giant seams of coal to vast deposits of pure mud - all speaking of the power of God, sermons in stone, as Sedona, Arizona might boast.

And modern man has said, "I cannot imagine the Flood covering everything, so it could not have happened."

2 Peter 3:7 But the heavens and the earth, which are now, by the same word are kept in store, reserved unto fire against the day of judgment and perdition of ungodly men. 8 But, beloved, be not ignorant of this one thing, that one day is with the Lord as a thousand years, and a thousand years as one day. 9 The Lord is not slack concerning his promise, as some men count slackness; but is longsuffering to us-ward, not willing that any should perish, but that all should come to repentance.

This section answers a question often raised. Why the delay? As many passages teach, the power of the Antichrist began early - and there are many little Antichrists - but the ultimate crisis is being held back on purpose by God. The reason is given here - God's grace and mercy, extending the Word of the Gospel so that all might repent.

The result has been that millions more have heard the Gospel. If God had not extended the time for us, but brought things to a close during the Reformation, as Melanchthon expected, we would not be here to experience the blessings of life and the Christian Faith.

Looking forward, there is an effort today to bring the Gospel back into China and all the way back to Islam. We can only guess the potential for conversions and persecution. Who can regret the chance for millions more to hear about Jesus and believe in Him?

In Africa too, there millions of believers and ferocious persecution. Angola has more Episcopalian believers in one district than all of America. They provided some of the initial leadership for conservatives in America. They cannot even imagine how the Left-wing mind thinks about these matters, because they teach faith rather than traditions and modern philosophy.

God is long-suffering, and willing to wait for repentance to spring from the teaching of the Word, since the Holy Spirit convicts the world of unbelief.

2 Peter 3:10 But the day of the Lord will come as a thief in the night; in the which the heavens shall pass away with a great noise, and the elements shall melt with fervent heat, the earth also and the works that are therein shall be burned up.

The thief in the night image is frequently used in the New Testament, first by Jesus, last by Revelation. When people expect a thief, they prepare for that to happen - with lights, with recording devices, with locks, with watchmen. But they never know.

This reference should always correct anyone who claims to know the time. It is like the old joke, told by Kirk Douglas. "Samuel, I am sorry to hear about your business burning down." Sam replied, "Sh. It is not until Friday night."

People prepare because they do not know the hour. They scam others when they pretend to know. There is more effort in scamming than in preparing. Physical preparation means nothing at the end. We were joking about Jim Bakker selling his latest on TV, large supplies of food. Chris said, "I don't want to slowly starve over a year's time. Might as well make it quick. And what good is a year's supply of food without any utilities?"

2 Peter 3:11 Seeing then that all these things shall be dissolved, what manner of persons ought ye to be in all holy conversation and godliness, 12 Looking for and hasting unto the coming of the day of God, wherein the heavens being on fire shall be dissolved, and the elements shall melt with fervent heat? 13 Nevertheless we, according to his promise, look for new heavens and a new earth, wherein dwelleth righteousness. 14 Wherefore, beloved, seeing that ye look for such things, be diligent that ye may be found of him in peace, without spot, and blameless.

Preparation means being steadfast in the Word of God, being filled with the Psalms and Gospels, hymns and spiritual songs.

People try to divide faith and works but they belong together, works growing from faith in Christ and thanksgiving to God. It is always a good time to give work to those who want to earn some money. That is human nature. Small children love to earn their own money, and they learn good habits by working for it. There are many living on the margins because our societal rules take away all their benefits if they work at the lowest of jobs part-time.

I have told our helper that the Jackson Gardens would be nowhere without him. And he takes great pleasure in being a part of it - with his children helping, too. Sometimes they were done just in time for the ice cream truck.

Many get jobs easily because they pay so little up front. A waiter or waitress may make only $2 an hour from the restaurant. During rush times, income is good. When no one comes in, he or she earns $2 an hour to wait. Someone who cuts hair probably supports a young family. I urge my liberal friend who want to mandate wages - "Give really big tips, year around, as long as someone has done the job. It is a good feeling and it blesses the person who receives it.

Sending in a positive review is another easy way to make someone's day. At a franchise restaurant, a website survey is sent right to the restaurant and posted on the board. The good employee is thanked and kidded all week. It takes a few minutes, not a big price to pay.

My math is pretty good, but emotions get in the way. The difference between a 10% and a 20% tip - that is double! But in almost all cases, the dollar difference is not that great to us, but a lot to the recipient. Also the recipients feel good about the work they do when it is appreciated.

One time the whole clan came back from vacation on the plan. We had all our luggage to get to the car. The helper did his work expertly and got us packed up in our car with no drama. When I gave him a big tip, he held my shoulders and said, "You really did something for my family today." I said, "You got my family packed up, so now we are all happy."

Likewise, our extra possessions can go to others who can use them. Many times one little item has been a real benefit to us, because we left so much behind at times, too much to truck away. And yet we accumulate stuff that others can use, clothing, bedding, furniture, books, etc. 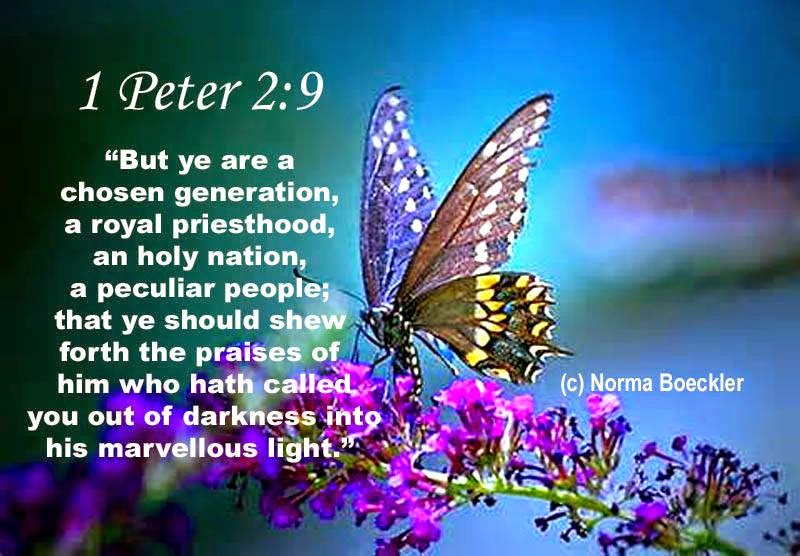 Posted by Ichabod the Glory Has Departed at 7:02 AM 0 comments