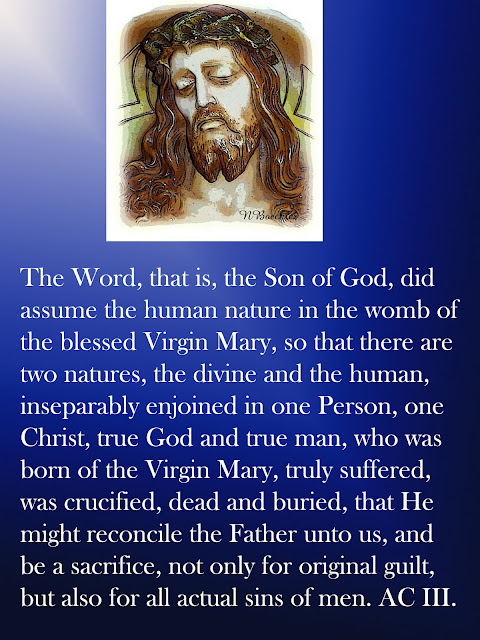 The Sermon – Atonement and Forgiveness

Isaiah 52:12 For ye shall not go out with haste, nor go by flight: for the LORD will go before you; and the God of Israel will be your rereward. 13 Behold, my servant shall deal prudently, he shall be exalted and extolled, and be very high.
14 As many were astonied at thee; his visage was so marred more than any man, and his form more than the sons of men: 15 So shall he sprinkle many nations; the kings shall shut their mouths at him: for that which had not been told them shall they see; and that which they had not heard shall they consider.
KJV Isaiah 53:1 Who hath believed our report? and to whom is the arm of the LORD revealed? 2 For he shall grow up before him as a tender plant, and as a root out of a dry ground: he hath no form nor comeliness; and when we shall see him, there is no beauty that we should desire him. 3 He is despised and rejected of men; a man of sorrows, and acquainted with grief: and we hid as it were our faces from him; he was despised, and we esteemed him not. 4 Surely he hath borne our griefs, and carried our sorrows: yet we did esteem him stricken, smitten of God, and afflicted. 5 But he was wounded for our transgressions, he was bruised for our iniquities: the chastisement of our peace was upon him; and with his stripes we are healed. 6 All we like sheep have gone astray; we have turned every one to his own way; and the LORD hath laid on him the iniquity of us all. 7 He was oppressed, and he was afflicted, yet he opened not his mouth: he is brought as a lamb to the slaughter, and as a sheep before her shearers is dumb, so he openeth not his mouth.
8 He was taken from prison and from judgment: and who shall declare his generation? for he was cut off out of the land of the living: for the transgression of my people was he stricken. 9 And he made his grave with the wicked, and with the rich in his death; because he had done no violence, neither was any deceit in his mouth. 10 Yet it pleased the LORD to bruise him; he hath put him to grief: when thou shalt make his soul an offering for sin, he shall see his seed, he shall prolong his days, and the pleasure of the LORD shall prosper in his hand. 11 He shall see of the travail of his soul, and shall be satisfied: by his knowledge shall my righteous servant justify many; for he shall bear their iniquities. 12 Therefore will I divide him a portion with the great, and he shall divide the spoil with the strong; because he hath poured out his soul unto death: and he was numbered with the transgressors; and he bare the sin of many, and made intercession for the transgressors.

For Holy Communion Preparation on Easter Sunday
O Lord Jesus Christ, we thank Thee, that of Thine infinite mercy Thou hast instituted this Thy sacrament, in which we eat Thy body and drink Thy blood: Grant us, we beseech Thee, by Thy Holy Spirit, that we may not receive this gift unworthily, but that we may confess our sins, remember Thine agony and death, believe the forgiveness of sin, and day by day grow in faith and love, until we obtain eternal salvation through Thee, who livest and reignest with the Father and the Holy Ghost, one true God, world without end. Amen.

The Book of Concord really means – The Book of Harmony. I used to make fun of all the Concordia names here and there. We even have a Concordia village for assisted living, not too far from us.

When I discovered how much disharmony there was in Luther-land, and how painful it was, I began to appreciate the beauty of doctrinal harmony.

All the passages of the Book of Concord fit together well, even though they come from various authors. The reason is – they faithfully teach what the Bible teaches, and that book is one unified Truth, with many authors, cultures, and times.

When I hear from my Jewish Lutheran friends, this harmony is especially memorable. Far back in time, their ancestors were chanting in Hebrew and looking for the promised Messiah. Now they have the unusual mission of representing the Jewish mission today, just by their existence. Their faith says, “We believe Jesus is the Promised Messiah.”

This ancient religion begins at Creation, with the Son of God as the Creating Word (Gen 1 and John 1). The first Gospel Promise is Gensis 3:15, when Adam and Eve (real people, not concepts or myths, as the NNIV teaches) were promised the Savior, who would crush the head of Satan.

The Old Testament patriarchs believed in the Messiah, too. Abraham believed, and it was counted as righteousness. The Prophets and King David offered hundreds of predictions about the Messiah, and every single one of them came true. We are enormously pleased with ourselves when one prediction comes through, and we hasten to forget the many that did not come true.

Only God could offer, in writing, hundreds of promises, and have them all fulfilled. This makes the prophecies all the more compelling – we see bits and pieces of them all over the Old Testament, never congregated in a single place. And yet, if we see how the Bible holds Jesus the way a cradle holds a baby (Luther), then we can see the Messiah in many other places as well.

One is the Angel of the Lord.

Another is where we see the Hebrew word “salvation,” which is the Hebrew version of Jesus’ name. In many places in the Psalms, we can replace “salvation” with “Jesus” and the verse makes sense. In fact, it makes even more sense.

Psalm 9:14 That I may shew forth all thy praise in the gates of the daughter of Zion: I will rejoice in thy salvation.

Nothing upsets the apostates more than finding Christ in the Psalms and Isaiah. They have been trying to purge those associations for about 200 years, especially in the last 75. They would be so pleased if no believers remained, as long as everyone kept supporting the church institutions financially. Do not be offended. Many denominations today have no Christian content offered by their leaders, but they are keen on gathering money and even become temporary Fundamentalists on the issue of tithing.

This long preparation of God’s people for the Messiah meant that centuries of animal sacrifice would inform them about the innocent Lamb of God, Isaiah 53.

The Word of God teaches us about salvation strictly from God’s perspective and power. That is, God determined how mankind would be saved and put that plan into action, far beyond the counsel or wisdom of man.

We can see that because the Atonement of Christ is clearly portrayed in Isaiah 53. I have never found a group of children who missed the association with Christ – the spotless lamb, the silence before the shearers, the rejection and humiliation – all point to Christ. At the time, no one thought that to be true of the Messiah. When Jesus fulfilled all things, this reading from Isaiah became part of the New Testament. Almost every word of Is. 53 is found in the New Testament.

We can see how the 500 Old Testament references to sheep and shepherds were a preparation for the Good Shepherd. Nor should we think it is an accident to have Psalm 22 (about the crucifixion) just before Psalm 23, about the sheep and his Shepherd.

God determined the solution for man’s sinful nature. He planned the giving of His beloved Son so that the Savior would redeem the sins of the world and be the ultimate sacrifice.

Even though evil men carried out the plan, God used all their evil for good. People received warnings about what they were doing. That only made them more obstinate and angry. And yet in the midst of this, God converted people through His Word. The soldier guarding the crucifixion was converted, saying, “Truly this man was the Son of God.” The repentant thief confessed his sin and his faith in Christ.

This too is God’s plan. Believing is salvation, not just the start of salvation. As the Book of Concord teaches, we are forgiven in believing, because of the power of the Word.

This is a great message of comfort – because the crucifixion reminds us of our sinful nature. Those are our sins He paid for, the only proper way to meditate on the meaning of the cross. Anyone who wants to lay the blame on the religious opponents or the Roman authorities has missed the point of Bible. God wants all men saved and to come to a knowledge of the truth. Blaming others is not repentance.

An honest evaluation of our nature means that we make up for our sinful nature by doing good things for others or whatever bargain we might want to make.

Forgiveness comes from believing that the Savior died on the cross for the sins of the world and for my sins. The Word convicts us, as Jesus promised, for not trusting utterly in Christ, in His mercy.

The comfort of the Gospel is the complete and full forgiveness He gives us through faith. Yes, faith is a good thing. The goal of the Bible is to proclaim the Promises so that we believe in them.

What about all that Law, all the threats and condemnation? The Law is necessary to soften our hearts and prepare them for an honest view of ourselves, a mirror that reflects our nature accurately. The Law leads us to Christ and the Good Shepherd directs us from there, serving God and our neighbor out of love rather than compulsion. Of course, we wander, like sheep, but the shepherd dog of the Law nips our heals and brings us back to the fold.

Am I forgiven by God of all my sins? Believing is forgiveness, as Luther taught from the Bible. The instant that the Gospel plants faith in our hearts, we receive that forgiveness, declared by God in His Word.
Posted by Ichabod the Glory Has Departed at 4:23 PM