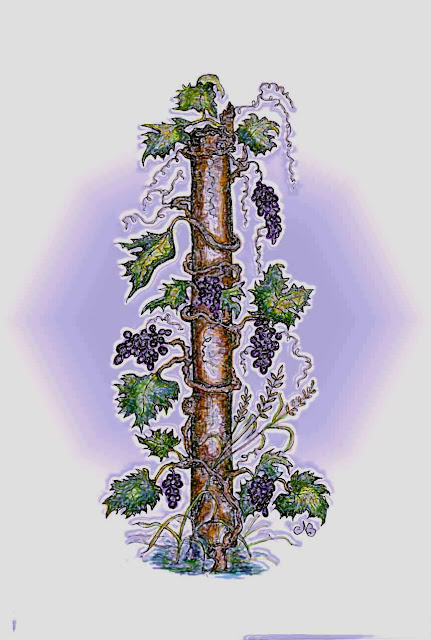 The Sermon – The Grace of God

KJV John 1:14 And the Word was made flesh, and dwelt among us, (and we beheld his glory, the glory as of the only begotten of the Father,) full of grace and truth. 15 John bare witness of him, and cried, saying, This was he of whom I spake, He that cometh after me is preferred before me: for he was before me. 16 And of his fulness have all we received, and grace for grace. 17 For the law was given by Moses, but grace and truth came by Jesus Christ. 18 No man hath seen God at any time; the only begotten Son, which is in the bosom of the Father, he hath declared him.

Lenski:
The Logos could not have been the life and the light of men from the beginning if in the fulness of time he had not been “born of God” and “become flesh.”
Now that the climacteric statement is made, the subject is once more named: The Word; but this name is now illumined by all that John has said of him thus far, and, in turn, what he now writes lights up and makes clearer all that he has said of him thus far. We understand the way to the goal the better after having reached the goal. And this, indeed, is the goal, for it transcends the previous statements about the shining of the light and the coming into the world (speaking of it only as a coming). Here is the INCARNATION in so many words: the Word, who was in the beginning, the life and the true light from eternity, this Word “became flesh.” The aorist states the historical fact. In an interesting comparison of several aorists in the prolog R. 829 calls this aorist ingressive, because it “accents the entrance of the Logos upon his life on earth.” We should rather say that this aorist marks the momentary act which made the Logos flesh, to remain flesh in the sense of man forever after. From the start the thought must be rejected that ἐγένετο here means a transformation of the Logos into flesh. The Word did not cease to be what it was before; but it became what it was not before—flesh. “Without controversy great is the mystery of godliness: God was manifested in the flesh,” 1 Tim. 3:16. The identity of the subject remains. The Word became flesh and remains in every sense the Word though now made flesh. This Word, being God, could not possibly change into something else, for then God would cease to be God.
The mystery of how the Logos, the Creator, (v. 3) could assume our created nature will forever challenge our finite comprehension. The tremendous fact itself is beyond question, and for us that is enough. Thus we have only one care, that when we ourselves restate what John records we may in no way deviate from the fact.
Lenski, R. C. H.: The Interpretation of St. John's Gospel. Minneapolis, MN : Augsburg Publishing House, 1961, S. 71

The Gospel of John reveals the profound mysteries of God with the simplest words. Many theologians have used long Latin terms to define the Two Natures of Christ – truly human and truly divine.

His human nature is described or revealed simply – The Word became flesh.

Each term is simple and plain in any language, but the revelation is astonishing, unique in all of world religion. Equally important is this description – full of grace and truth.

Knowing the other parts and statements of John’s Gospel, we realize that going away from Christ means abandoning grace AND truth.

Full of grace and truth means that we receive this from Him. But how? Faithful Lutherans have no trouble with this. They are not confused by all the claims and demands of the Enthusiasts. I just read a long list of them to Chris, from a well meaning friend of ours. The list defines the Christian life in terms of what people do – not how big your house is, but how often you welcome guests. Although the list did contain some common sense, it hit bottom at the end. “Not how late you sought to be saved…” So blame was associated even with salvation. The message to anyone who converted late in life was – you should feel guilty for waiting so long.

Jesus did not rail at the repentant thief. Instead, he said, upon hearing the confession of sin and faith, “Today you will be with me in Paradise.”

The Enthusiast would say, “What took you so long?” or “Did it take a crucifixion for you to make a decision?” That sounds a bit funny, but it is sad, because guilt in loaded upon guilt, law upon law.

Grace means – out of love, freely, without any Law demands.

, (and we beheld his glory, the glory as of the only begotten of the Father,)

The Christian Church was built upon the apostolic witness. John saw the miracles of Jesus. He experienced everything from the beginning and knew his own failings.

John’s Gospel unites and supplements the first three Gospels, by showing us with special clarity that righteousness comes from faith in Christ. This also makes clear that opposition from the leaders came from this outside righteousness, not from the works which we do.

Man turns that around and focuses on the righteousness of works. Therefore, false Gospels demand works rather than faith. Although some like to claim they are overloaded with the Gospel by saying the whole world is forgiven, show they are Law-salesmen by demanding works – more witnessing, more money, more sacrifice. And they brag about all they do and have done.

And of his fulness have all we received, and grace for grace.

Jesus is so full of grace that we receive grace from Him daily, through faith in Him. Grace is revealed in God declaring us forgiven of our sins, fully, freely, each and every day.

God’s grace is revealed in the way He has provided instruments of His grace, so we know exactly how this grace comes to us, in Word and Sacrament, and received in faith.

We are clothed in the righteousness of Christ, not our own, by believing in Christ. It is His cloak, not ours, so we say, “This is grace, not works.”

17 For the law was given by Moses, but grace and truth came by Jesus Christ.
Posted by Ichabod the Glory Has Departed at 4:27 PM