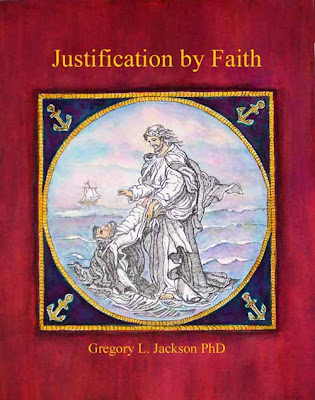 The debate must be understood in the context of the efficacy of the Word in the Means of Grace—emphatically denied and ridiculed by the Reformed—but clearly taught in the Scriptures, the Confessions, and the post-Concord theologians.

Reconciliation is a synonym for the Atonement, showing us that Christ has paid for the sins of the world. Some other associated words are ransom, redemption (two different verbs with two different meanings), and propitiation.

Justification means the declaration of God’s forgiveness, received through faith, so there is a difference—always confused by UOJ—between forgiveness won by Christ and forgiveness declared.

UOJ, in all its forms, teaches that the entire world was absolved from sin, at the death of Christ, or at His resurrection. UOJ emphasizes forgiveness without faith, without the Word, grace without the Means of Grace.

Therefore, UOJ is the Midwestern version of Calvinism – we believe because we are already saved. WELS even had an evangelism campaign where the banners proclaimed to the public – I Am Saved, Just Like You.

UOJ advocates argue fatuously that one must embrace their Calvinistic opinion or be branded Calvinists! They teach that the Biblical doctrine of justification by faith alone is the equivalent of Calvin’s Limited Atonement.

UOJ tries to rescue itself from the charge of Universalism by arguing double justification – one where the entire world is absolved without faith, the second where the individual is absolved with faith. Although this is closely related to Calvinism, it is often expressed as Decision Theology – You are already forgiven, now decide whether to believe it (J. P. Meyer, WELS).

UOJ already existed in the English translation of Knapp’s theology book, widely used in America and Europe, in English and German, before the Synodical Conference began. Knapp was a Pietistic Lutheran at Halle University. Pietism is unionistic, indifferent about doctrine, and profoundly influenced by Calvinism.

C. F. W. Walther had many fine characteristics, but he became a believer through Pietism and never completely escaped the thought-patterns of Pietism. He criticized many Pietists but never Spener, the founder of Pietism. To be fair, Spener was considered untouchable among 19th century Lutherans.

Lutherans in all synods were lax in teaching the efficacy of the Word in the Means of Grace. For that reason they have succumbed to various forms of Enthusiasm and Pietism:

1. The Ecumenical Movement.
2. Pentecostalism and the Charismatic Movement.
3. The Church Growth Movement, aka Emerging Church, aka Becoming Missional.
4. New Age occult concepts – Paul Y. Cho, Leonard Sweet, and others.
5. Lay-led cell groups, often called home Bible study groups, share groups, koinonia, care groups, and whatever else markets the concept.
6. Receptionism, which denies the power of the Word in the consecration of the elements of Holy Communion.
7. “Everyone is a minister”, confusing the priesthood of all believers with the preaching office.

Posted by Ichabod the Glory Has Departed at 4:48 AM

Email ThisBlogThis!Share to TwitterShare to FacebookShare to Pinterest
Labels: Justification by Faith