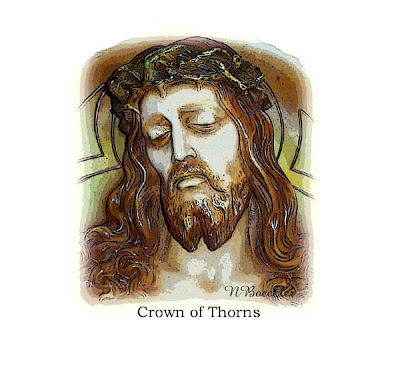 
The Hymn #479 Zion Rise 2:13
The Confession of Sins
The Absolution
The Introit p. 16
The Gloria Patri
The Kyrie p. 17
The Gloria in Excelsis
The Salutation and Collect p. 19
The Epistle and Gradual
The Gospel
Glory be to Thee, O Lord!
Praise be to Thee, O Christ!
The Nicene Creed p. 22
The Sermon Hymn # 151 Christ the Life 2:78

Fairness or Grace, Law or Gospel

1 Corinthians 9:24 Know ye not that they which run in a race run all, but one receiveth the prize? So run, that ye may obtain. 25 And every man that striveth for the mastery is temperate in all things. Now they do it to obtain a corruptible crown; but we an incorruptible. 26 I therefore so run, not as uncertainly; so fight I, not as one that beateth the air: 27 But I keep under my body, and bring it into subjection: lest that by any means, when I have preached to others, I myself should be a castaway. 10:1 Moreover, brethren, I would not that ye should be ignorant, how that all our fathers were under the cloud, and all passed through the sea; 2 And were all baptized unto Moses in the cloud and in the sea;
3 And did all eat the same spiritual meat; 4 And did all drink the same spiritual drink: for they drank of that spiritual Rock that followed them: and that Rock was Christ. 5 But with many of them God was not well pleased: for they were overthrown in the wilderness.

KJV Matthew 20:1 For the kingdom of heaven is like unto a man that is an householder, which went out early in the morning to hire labourers into his vineyard. 2 And when he had agreed with the labourers for a penny a day, he sent them into his vineyard. 3 And he went out about the third hour, and saw others standing idle in the marketplace, 4 And said unto them; Go ye also into the vineyard, and whatsoever is right I will give you. And they went their way. 5 Again he went out about the sixth and ninth hour, and did likewise. 6 And about the eleventh hour he went out, and found others standing idle, and saith unto them, Why stand ye here all the day idle? 7 They say unto him, Because no man hath hired us. He saith unto them, Go ye also into the vineyard; and whatsoever is right, that shall ye receive. 8 So when even was come, the lord of the vineyard saith unto his steward, Call the labourers, and give them their hire, beginning from the last unto the first. 9 And when they came that were hired about the eleventh hour, they received every man a penny. 10 But when the first came, they supposed that they should have received more; and they likewise received every man a penny. 11 And when they had received it, they murmured against the goodman of the house, 12 Saying, These last have wrought but one hour, and thou hast made them equal unto us, which have borne the burden and heat of the day. 13 But he answered one of them, and said, Friend, I do thee no wrong: didst not thou agree with me for a penny? 14 Take that thine is, and go thy way: I will give unto this last, even as unto thee. 15 Is it not lawful for me to do what I will with mine own? Is thine eye evil, because I am good? 16 So the last shall be first, and the first last: for many be called, but few chosen.

Septuagesima Sunday
Lord God, heavenly Father, who through Thy holy word hast called us into Thy vineyard: Send, we beseech Thee, Thy Holy Spirit into our hearts, that we may labor faithfully in Thy vineyard, shun sin and all offense, obediently keep Thy word and do Thy will, and put our whole and only trust in Thy grace, which Thou hast bestowed upon us so plenteously through Thy Son Jesus Christ, that we may obtain eternal salvation through Him, who liveth and reigneth with Thee and the Holy Ghost, one true God, world without end. Amen.

Fairness or Grace, Law or Gospel
This parable illustrates an important concept in the Christian faith. While we think normally in terms of Law, the Gospel teaches grace.

The parable is stated in the plainest terms, but many who heard the parables did not comprehend what was said. Jesus taught them privately. In the body of the New Testament we have the explanations and parallel passages we need to understand the more difficult passages.

The story is clear enough. A man hired workers during the day, to work in his vineyard. We can see that this symbolizes God and those in the church (the vineyard). The first hired were promised a penny a day. That was before the Minimum Wage Law. Others were hired later in the day, promised whatever was right as their pay.

The conflict came because the last hired were paid a penny, even though they worked only a short time. Everyone else also received a penny, but they thought they would receive multiples of a penny, since they worked many more hours.

11 And when they had received it, they murmured against the goodman of the house, 12 Saying, These last have wrought but one hour, and thou hast made them equal unto us, which have borne the burden and heat of the day.

The same man who hired them gave them their pay, and he responded.

13 But he answered one of them, and said, Friend, I do thee no wrong: didst not thou agree with me for a penny? 14 Take that thine is, and go thy way: I will give unto this last, even as unto thee. 15 Is it not lawful for me to do what I will with mine own? Is thine eye evil, because I am good? 16 So the last shall be first, and the first last: for many be called, but few chosen.

The problem is from people converting the Gospel into Law. As children always say, “That’s not fair.”

One student failed his class by not doing his weekly assignments. He asked for another chance once the class was over and his financial aid was in jeopardy. He submitted his work and received a passing grade. His response was, “That’s not fair. I wanted a higher grade. I did all my work.”

When parents deal with their children, the “not fair” complaint is common. Kids measure the size of dessert, who got privileges, who sat by the window, and all kinds of other things. We were regular Pharisees at our home, always talking about our own virtues and the unfairness of favorable treatment of our siblings. Children have trouble with their parents treating the other children differently because of a variety of factors. A child’s concept of “fair” can be remarkably self-centered.

Some children have special needs. Others have special talents. Parents are always in training, so they start out with certain objectives and modify them as they are blessed with more children. They expect the most out of the first-born children and only children, so those children grow up to be pilots, CPAs, and architects.

In contrast, parents relax quite a bit when the baby of the family arrives. Everything the baby does is cute. The baby is always funny and entertaining. So typical babies become entertainers and salespeople.

Middle children are the most ignored, so they end up with different characteristics too. This is part of God’s design to build society through the lessons learned in the family.

In the church, this parable applies to all believers. The ending shows that God’s doctrine, being different from man’s opinion, caused many to fall away – Many are invited but few are elect. The Gospel calls many but few remain steadfast in the Gospel.

Murmuring against the Gospel is common. When God promises grace, that grace cannot be turned into law and remain grace.

God’s grace means His favor, which is undeserved and unearned our part. The message of the Gospel is that Christ earned this favor and bestowed it on us through the Gospel promises.

I was re-reading Lenski today. In his Romans commentary he wrote about Luther’s discovery of grace. Luther labored under the concept of earning God’s favor. When he was turned into a professor of Scripture, he saw that the entire Bible taught something different from what he learned as a Medieval monk.

Luther learned to earn God’s favor by depriving himself, enduring long vigils of prayer, and confessing his sins endlessly. His spiritual advisor said, “You do not love God. You hate him.” Luther grew to realize that in making Christ a fearsome and condemning judge, he led a spiritual life of resentment and anxious works.

When people talk about the god they reject, they often give this away. “I do not believe in a god who…” Their hatred and resentment comes from a concept of their own righteousness.

He let the Word attack the papacy, and the beast was mortally wounded from that time on. Luther would have been tolerated, even praised for teaching the Gospel by itself. What they could not abide was his attack on false doctrine, which threatened the entire financial structure of Medieval society. The churches, hotels, saloons, and relic museums all depended on the pilgrimage money from anxious believers, moving from place to place to earn forgiveness. The monasteries and nunneries were filled with people working for their salvation, hoping to reduce time in Purgatory for their friends and family.

One response to Luther was – That is not fair. How can the repentant murderer receive God’s grace on the scaffold, the same as the monk laboring for 50 years?