The Hymn #458        Our Father – Luther
The Confession of Sins
The Absolution
The Introit p. 16
Oh, sing (cantate) unto the Lord a new song:
for He hath done marvelous things.
The Lord hath made known His salvation:
His righteousness hath He openly showed in the sight of the heathen.
Psalm. His right hand and His holy arm hath gotten Him the victory.
The Gloria Patri
The Kyrie p. 17
The Gloria in Excelsis
The Salutation and Collect p. 19
O God, who makest the minds of the faithful to be of one will, grant unto Thy people that they may love what Thou commandest and desire what Thou dost promise, that among the manifold changes of this world our hearts may there be fixed where true joys are to be found; through Jesus Christ, Thy Son, our Lord, who liveth, etc.
The Epistle and Gradual
Hallelujah! Hallelujah!
V. The right hand of the Lord is exalted:
the right hand of the Lord doeth valiantly. Hallelujah!
V. Christ, being raised from the dead, dieth no more:
death hath no more dominion over Him. Hallelujah!
The Gospel
Glory be to Thee, O Lord!
Praise be to Thee, O Christ!
The Nicene Creed p. 22
The Sermon Hymn #462      I Love Thy Kingdom 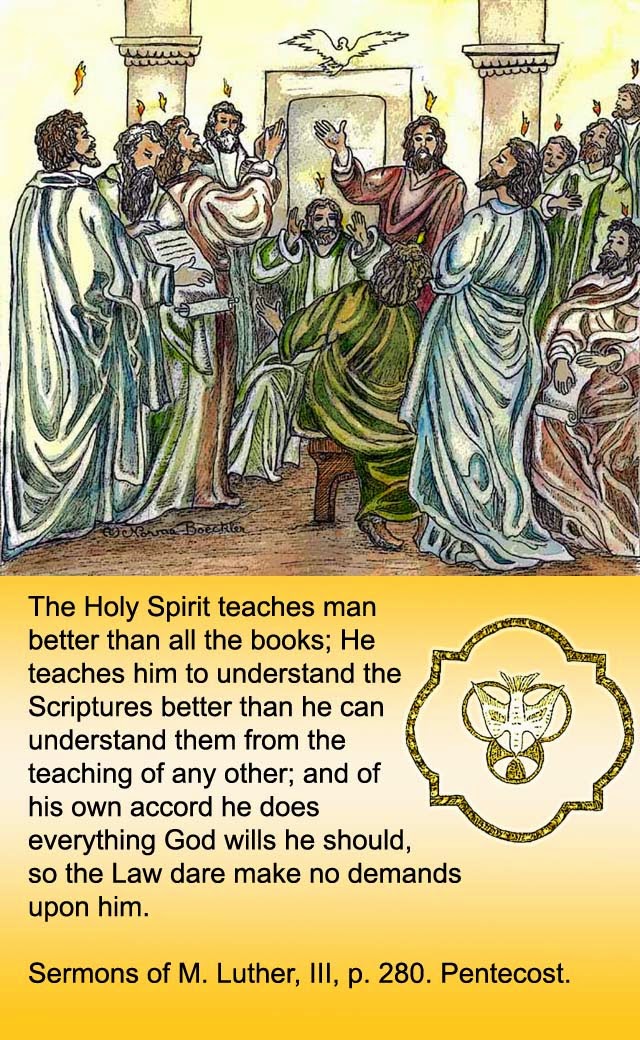 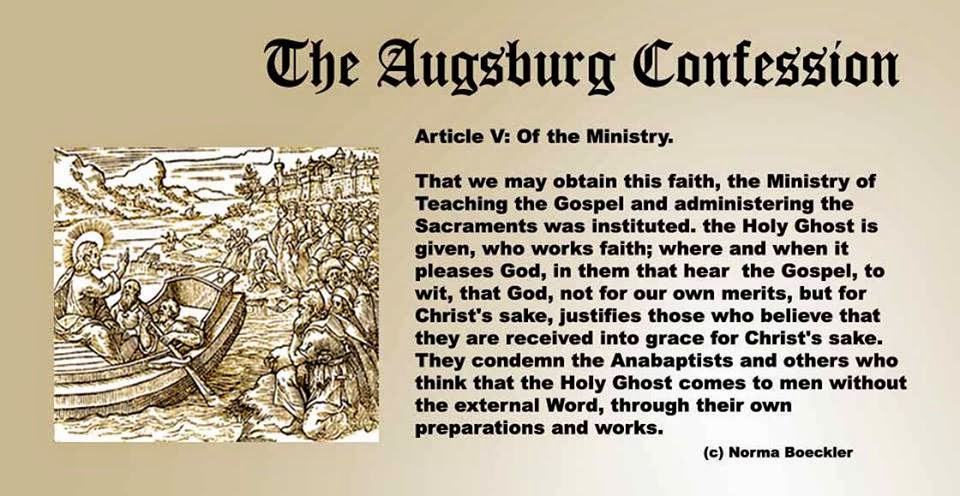 Lord God, heavenly Father, who didst through Thy Son promise us Thy Holy Spirit, that He should convince the world of sin, of righteousness, and of judgment: We beseech Thee, enlighten our hearts, that we may confess our sins, through faith in Christ obtain everlasting righteousness, and in all our trials and temptations retain this consolation, that Christ is Lord over the devil and death, and all things, and that He will graciously deliver us out of all our afflictions, and make us forever partakers of eternal salvation, through the same, Thy Son, Jesus Christ, our Lord, who liveth and reigneth with Thee and the Holy Ghost, one true God, world without end. Amen.
The Epistle
KJV James 1:16 Do not err, my beloved brethren. 17 Every good gift and every perfect gift is from above, and cometh down from the Father of lights, with whom is no variableness, neither shadow of turning. 18 Of his own will begat he us with the Word of Truth, that we should be a kind of firstfruits of his creatures. 19 Wherefore, my beloved brethren, let every man be swift to hear, slow to speak, slow to wrath: 20 For the wrath of man worketh not the righteousness of God. 21 Wherefore lay apart all filthiness and superfluity of naughtiness, and receive with meekness the engrafted Word, which is able to save your souls.
The Gospel
KJV John 16:5 But now I go my way to him that sent me; and none of you asketh me, Whither goest thou? 6 But because I have said these things unto you, sorrow hath filled your heart.
7 Nevertheless I tell you the truth; It is expedient for you that I go away: for if I go not away, the Comforter will not come unto you; but if I depart, I will send him unto you.
8 And when he is come, he will reprove the world of sin, and of righteousness, and of judgment: 9 Of sin, because they believe not on me; 10 Of righteousness, because I go to my Father, and ye see me no more; 11 Of judgment, because the prince of this world is judged. 12 I have yet many things to say unto you, but ye cannot bear them now. 13 Howbeit when he, the Spirit of truth, is come, he will guide you into all truth: for he shall not speak of himself; but whatsoever he shall hear, that shall he speak: and he will shew you things to come. 14 He shall glorify me: for he shall receive of mine, and shall shew it unto you. 15 All things that the Father hath are mine: therefore said I, that he shall take of mine, and shall shew it unto you.
John 16
8 και ελθων εκεινος ελεγξει τον κοσμον περι αμαρτιας και περι δικαιοσυνης και περι κρισεως
9 περι αμαρτιας μεν οτι ου πιστευουσιν εις εμε
10 περι δικαιοσυνης δε οτι προς τον πατερα μου υπαγω και ουκ ετι θεωρειτε με
11 περι δε κρισεως οτι ο αρχων του κοσμου τουτου κεκριται

KJV John 16:5 But now I go my way to him that sent me; and none of you asketh me, Whither goest thou? 6 But because I have said these things unto you, sorrow hath filled your heart.
Introduction
The Gospel of John, which completes and explains the first three Gospels, remains a paradox, a seeming contradiction. The words and grammar are as simple. However, the content is the greatest concentration of spiritual treasure in the Bible.
The clever apostate leaders told everyone to ignore the Fourth Gospel because it was written centuries later; in fact, they called the Gospel of John a fake, representing the philosophy of someone several centuries later, not the Apostle John. This came from the Tuebingen School in Germany. That attitude has severely harmed studying and preaching on John's Gospel.
The most ignored verse in the Bible is found in this lesson, so that is why we must emphasize it and repeat its lesson.
This is part of Jesus' farewell messages, which should be foundational for the ministry of the Word, since farewells in the Bible are to be prized for their concentrated wisdom and sometimes future predictions. Those who consider themselves Pentecostal should carefully study what these passages mean.
7 Nevertheless I tell you the truth; It is expedient for you that I go away: for if I go not away, the Comforter will not come unto you; but if I depart, I will send him unto you.
Jesus knew His disciples were filled with sorrow because He told them He would leave them. They can barely understand His messages because of their grief. However, the Spirit (as predicted by Jesus) would bring these words to their minds and preserve the Word. That has been true ever since. There has always been an Apostolic Witness, the Scriptures preserved by the faithful and often called the Majority Text, Traditional Text, or the Byzantine Text. (Scholars have mostly ignored the Byzantine Empire - the Eastern Roman Empire - which existed for 1100 years and preserved the Biblical text).
In contrast, the Church of Rome has ignored and adulterated the Biblical text, because it teaches the Institution, itself, not the Scriptures. 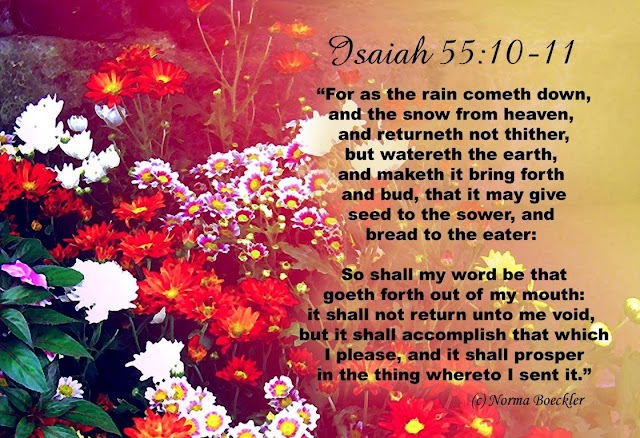 The Comforter - or Holy Spirit - is called the Paraclete or Advocate. The Spirit always works with the Word and never apart from the Word. That is how Jesus expanded His ministry through the Apostles, with the Spirit keeping in their minds and remembering what He taught. Isaiah 55:10-11 is abundantly clear about this - but the passage is studiously ignored in favor of dramatic pageants, expensive clergy attire, entertainment, and food served for the worship service. A Lutheran layman said, "There is nothing quite like the munching of popcorn during the prayers."
8 And when he is come, he will reprove the world of sin, and of righteousness, and of judgment: 9 Of sin, because they believe not on me; 10 Of righteousness, because I go to my Father, and ye see me no more; 11 Of judgment, because the prince of this world is judged.
The Holy Spirit came upon the disciples on the Day of Pentecost (a Jewish holy day) and began the world-wide ministry of teaching the Gospel of Christ. What did they teach?
That was not the message of the Apostles, but it became the message of the Church of Rome and remains so today, with Lutherans and Protestants joining in certain ways - with robes, incense, fish hats for bishops, and the Apocrypha.
We will know the truth of the Gospel when we can explain the three-fold work of the Spirit working through the Word:
This is answered below but largely ignored. That is why ministers often resort to chatty homilies about puppies and vacation and such things.
How does the Holy Spirit enter an indictment of sin?
The best answer is taught the least. The worst answer is expounded upon with many volumes.
The foundational sin is not believing in Christ as our Savior, the God-man, the Redeemer, our Good Shepherd who died for the sheep, rose from the dead, and ascended into Heaven. That is why Ascension Day is mostly ignored today - it requires faith, which is lacking.
The folly of our society is picking a sin and trying to work it away. One example would be alcoholism and related addictions. I know people from this neighborhood who are dying of the effects. I have relatives who are obvious victims. My best friend from high school died just after he confessed to being an alcoholic his entire life. Many clergy are covert drunks, not just the Lutherans, but Roman Catholics too. If this is the foundational sin, the Moses is our Savior, and Jesus is the Law-giver.
The Gospel is our foundation and the only way faith is kindled and sustained in our hearts. This alone is access to grace. Romans 5:1-2.
Luther wrote that we resist doing what is good, so God gives us grace through faith to love following His will and doing what pleases Him.
Our society tends to start with obvious, visible sin and work back to repentance. But God begins His work with His Son dying for our sins and bearing fruit because of this.
10 Of righteousness, because I go to my Father, and ye see me no more;
Here is the stumbling block, which is like walking into a cinder block outside or the dishwasher lid in the kitchen. Neither will move. This is not the righteousness of the world but the righteousness of faith.
The saints, the righteous, the holy - they are the ones in the Bible (Old Testament too) who believe in Christ. Our best example is Jesus, often bypassed. Paul clearly teaches the Faith of Jesus, that is, the faith belonging to Him. He trusted in God the Father in all that He did, teaching the same truths, performing miracles, and facing a horrible death where He would be completely abandoned while being mocked.
The divine nature taking on the human nature, One Person, means that Jesus knows our temptations and suffering. His faith in the Father meant He did everything for us willingly. It is proper to say that we are justified by the Faith of Jesus because the Bible says so in Greek, and the KJV translated the passages that way. The modern, weak paraphrases (if that!) obscure this.
Our faith does not come from us but from the power of the Gospel teaching us it is His faith that gives us faith.
11 Of judgment, because the prince of this world is judged.
What is this world we live in, but a daily grind of condemnation.
Satan works very hard at removing faith from the believers, because his troops are already highly trained in unbelief. His rage increases because his time is growing short.
The early Christian martyrs felt honored to did for the Faith. Jesus brought a sword into their lives, really two swords - the Sword of the Spirit at work int the Word, and the sword of persecution. Wherever Satan tried to stamp out the Faith, the number of believers increased, and the Promise to Abraham became true - more than the stars in the sky...
Posted by Ichabod the Glory Has Departed at 7:42 AM