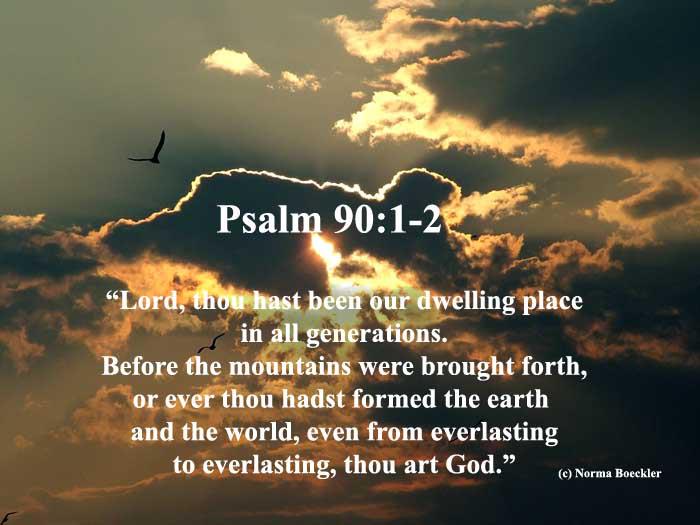 The Sermon – Repentance and Faith

KJV Joel 2:12 Therefore also now, saith the LORD, turn ye even to me with all your heart, and with fasting, and with weeping, and with mourning: 13 And rend your heart, and not your garments, and turn unto the LORD your God: for he is gracious and merciful, slow to anger, and of great kindness, and repenteth him of the evil. 14 Who knoweth if he will return and repent, and leave a blessing behind him; even a meat offering and a drink offering unto the LORD your God? 15 Blow the trumpet in Zion, sanctify a fast, call a solemn assembly: 16 Gather the people, sanctify the congregation, assemble the elders, gather the children, and those that suck the breasts: let the bridegroom go forth of his chamber, and the bride out of her closet. 17 Let the priests, the ministers of the LORD, weep between the porch and the altar, and let them say, Spare thy people, O LORD, and give not thine heritage to reproach, that the heathen should rule over them: wherefore should they say among the people, Where is their God? 18 Then will the LORD be jealous for his land, and pity his people. 19 Yea, the LORD will answer and say unto his people, Behold, I will send you corn, and wine, and oil, and ye shall be satisfied therewith: and I will no more make you a reproach among the heathen:

KJV Matthew 6:16 Moreover when ye fast, be not, as the hypocrites, of a sad countenance: for they disfigure their faces, that they may appear unto men to fast. Verily I say unto you, They have their reward. 17 But thou, when thou fastest, anoint thine head, and wash thy face; 18 That thou appear not unto men to fast, but unto thy Father which is in secret: and thy Father, which seeth in secret, shall reward thee openly. 19 Lay not up for yourselves treasures upon earth, where moth and rust doth corrupt, and where thieves break through and steal: 20 But lay up for yourselves treasures in heaven, where neither moth nor rust doth corrupt, and where thieves do not break through nor steal: 21 For where your treasure is, there will your heart be also. 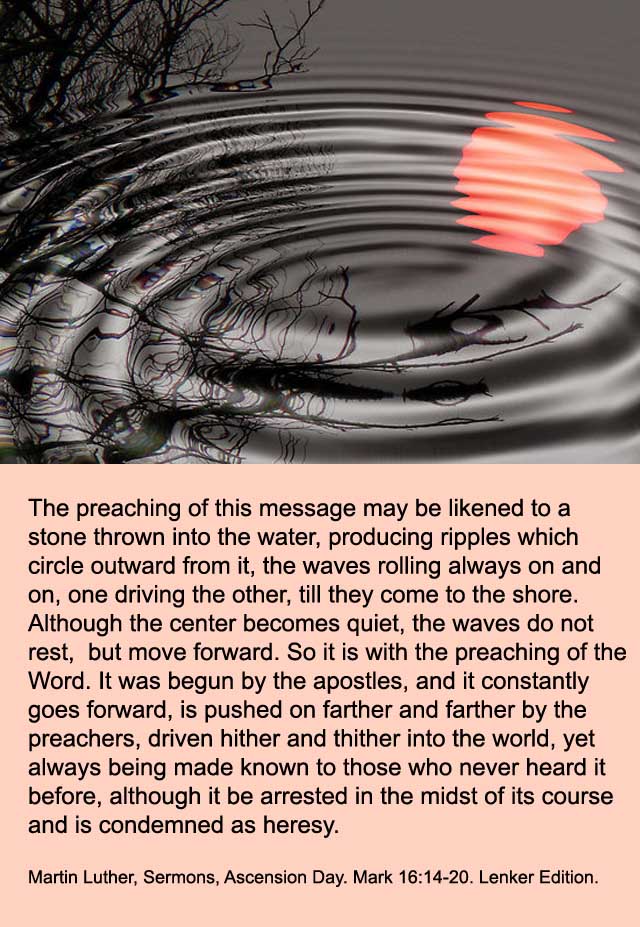 Collect
Lord God, heavenly Father, who didst manifest Thyself, with the Holy Ghost, in the fullness of grace at the baptism of Thy dear Son, and with Thy voice didst direct us to Him who hath borne our sins, that we might receive grace and the remission of sins: Keep us, we beseech Thee, in the true faith; and inasmuch as we have been baptized in accordance with Thy command, and the example of Thy dear Son, we pray Thee to strengthen our faith by Thy Holy Spirit, and lead us to everlasting life and salvation, through Thy beloved Son, Jesus Christ our Lord, who liveth and reigneth with Thee and the Holy Ghost, one true God, world without end. Amen,

Mankind has done so much to pay for sins, from endowing masses for eternity to building great cathedrals and institutions. Pagans have many forms of man-centered repentance, and Christianity gets corrupted by imitating them. Self-inflicted pain is a demonstration, not genuine contrition.

Strangely, the rationalism of man has enabled people to ignore the clear teaching of the Bible and turn to invented notions, man-made tradition, and novel ideas.

The most novel, coming from nominal Christians, is that faith does not matter, and yet trust in the Word is the constant emphasis of the Scriptures.

There is the reality of God’s wisdom uniquely revealed in the Word of God. That wisdom is so different from man’s knowledge, that Paul refers to it as the “mysteries of God.” These are not mystery stories and certainly not anything borrowed from pagans. The mysteries are those things known to us only through the work of the Holy Spirit in the Word.

Therefore, faith itself is not something man can conjure in his own mind, through intense thinking or an act of the will. God has shown that repeatedly – that faith comes by hearing the preached Word of God.

In the  preaching of the Gospel Word, the Holy Spirit enters the heart and man begins to trust in this way – “Yes, this is true. I believe this to be true of me.” As Luther often said, if we only think it applies to others, there is no faith. It is true for us as individuals. That happens to newborns, who also trust their parents, their mothers especially.

After months of hearing the parental voice, the baby sees that one face – or two faces – and smiles very early. The baby hears the voices and identifies with all those familiar things once masked by his warm, interior home.

Parents see that with siblings too. If they want the baby to smile, they have the older brother or sister do something. Big smiles – a special bond.

So when a baby is baptized and hears the Gospel Promises, the blessings of God are embraced and believed. That is why infant faith is the purest, because a baby does not measure and weigh what the great and wise might say, but has an uncomplicated trust, often spoken.

We see that in Christmas pageants and the way in which children understand the story of Christ. I debate with adults who question whether Jesus could consecrate His Body and His Blood. Children, when asked how, say, “He is God. God can do anything.”

That is such a simple confession of faith, yet many learned adults trip over and it becomes the stone of stumbling, the tripwire of their faith. From one doubt springs another until all the articles of faith are missing. They are left with “man is good. Man is ethical. I am good because I am ethical.” And yet the history of man says otherwise.

Repentance is always connected with faith, because the believing heart knows that there is a vast gulf between our pretensions and reality.

The first inkling of repentance is connected with faith, because someone must realize he cannot make himself good by his own efforts. Trusting that the God is gracious to us sinners is that beginning of repentance – not making a show of things, but realizing what the Gospel means.
"For the Word of God is the sanctuary above all sanctuaries, yea, the only one which we Christians know and have. For though we had the bones of all the saints or all holy and consecrated garments upon a heap, still that would help us nothing; for all that is a dead thing which can sanctify nobody. But God's Word is the treasure which sanctifies everything, and by which even all the saints themselves were sanctified. At whatever hour, then, God's Word is taught, preached, heard, read or meditated upon, there the person, day, and work are sanctified thereby, not because of the external work, but because of the Word, which makes saints of us all. Therefore I constantly say that all our life and work must be ordered according to God's Word, if it is to be God-pleasing or holy. Where this is done, this commandment is in force and being fulfilled."             Large Catechism, Preface, #91, Third Commandment, Concordia Triglotta, 1921, p. 607. Tappert, p. 377.
God’s Word makes us into saints, because His Word alone makes us holy. Luther liked to say this because he grew up among people made holy by their robes, haircuts, vows, and solemn masses. His visit to Rome showed him how all the holiness was just a farce. The city of saints was especially corrupt and immoral, not a center of holiness.
The problem comes from making man’s institutions the heart of all holiness, when it is the Word of God that makes us holy. The Gospel moves the heart to believe anew and to realize the depth of forgiveness offered to each and every one of us.
So the center of repentance is faith in these Promises rather than in emotions, sorrows, and outward expressions.
And where is our treasure? We laugh about this among our friends and church members. Early in life we think about things we want to have, to acquire. Soon we learn that whatever we own, owns us. And later in life we think of presents as someone stopping by and taking something away.
When earthly treasures become more transitory to us, we see the value of the Gospel Treasure – a common term in the Book of Concord and in Luther. The treasure is forgiveness. This treasure is distributed to people by Holy Spirit, using the Means of Grace.
Isn’t that simple? The cross – or the atonement – is the treasure. God’s beloved Son has died for all of your sins. This forgiveness, called justification by faith, is the distribution of the treasure through Holy Baptism and Holy Communion, through teaching and preaching, through absolution and the “mutual consolation of the brothers.”
The last should be our common language. “I am sorry,” which leads to “That’s OK. Forget it. I have forgotten.” Mutual forgiveness is the necessary companion of love and friendship.
Those who believe the Gospel pass along the treasure each and every day. It begins with a forgiven and forgiving heart. That makes us patient with the errors and shortcomings of others, because we realize our own in the light of God’s grace. We are easily moved to be forgiving as life’s conflicts move through our lives from day to day, from the annoying customer service person to big crisis looming at the moment.
So that Gospel treasure makes everything better in two ways. It takes the away the burden from our hearts and also from others. It constantly moves back and forth between people, a blessing for all parties concerned.
Today someone mentioned the Hatfields and McCoys – their long-running warfare in West Virginia. I know one of them. She said the dispute went on so long and cost so many lives that they stopped counting who was wrong and had a peace meeting. Now they have joint reunions because the families are inter-married anyway.
Man could not settle the problem with guns, so forgiveness ended the warfare. 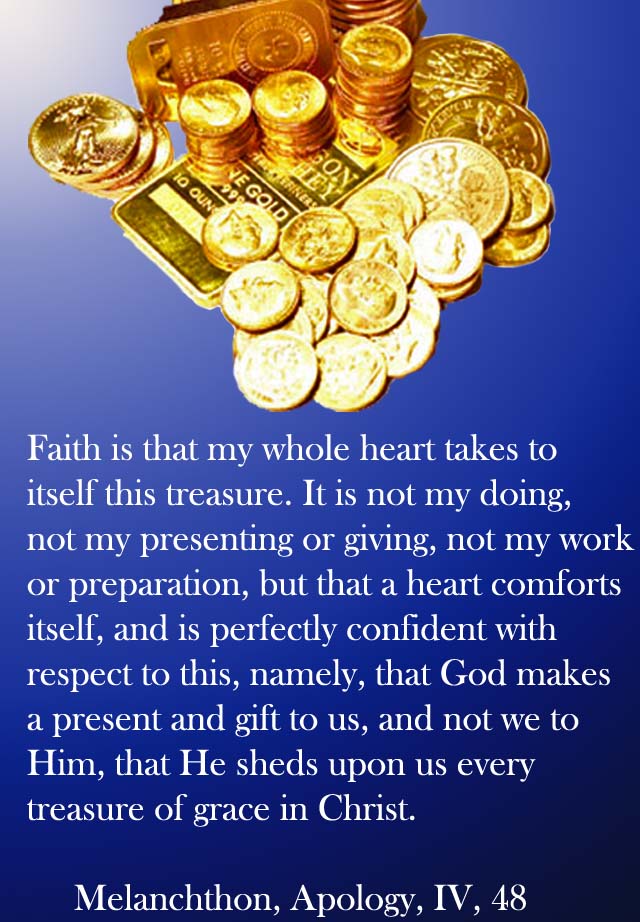 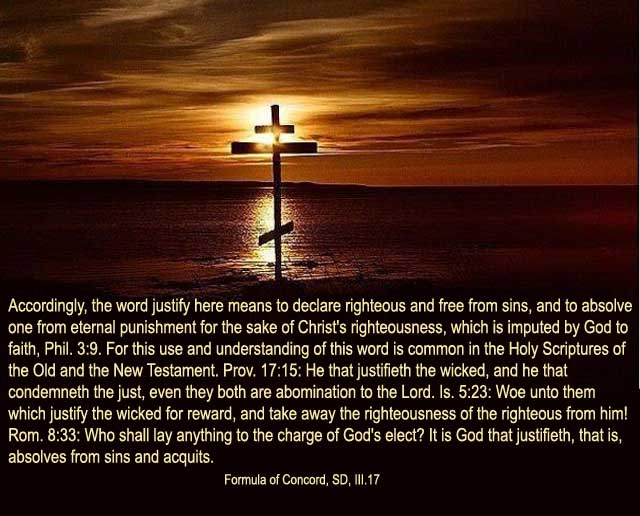 Posted by Ichabod the Glory Has Departed at 4:13 PM