The Sixth Sunday after Trinity, 2022

Pastor Gregory L. Jackson
The Vimeo Player is here:
This Will Be the Permanent Link to the Service
Bethany Lutheran Church, 10 AM Sunday, Central Daylight Time

The melodies are linked in the hymn title.
The lyrics are linked in the hymn number.
The Hymn #458         Our Father Who in Heaven
The Confession of Sins
The Absolution
The Introit p. 16
Introit
The Lord is the Strength of His people:
He is the saving Strength of His anointed.
Save Thy people and bless Thine inheritance:
feed them also and lift them up forever.
Psalm. Unto Thee will I cry, O Lord, my Rock; be not silent unto me: lest, if Thou be silent to me, I become like them that go down into the pit.
The Gloria Patri
The Kyrie p. 17
The Gloria in Excelsis
The Salutation and Collect p. 19
Collect
Lord of all power and might, who art the Author and Giver of all good things, graft in our hearts the love of Thy name, increase in us true religion, nourish us with all goodness, and of Thy great mercy keep us in the same; through Jesus Christ, Thy Son, our Lord, who liveth, etc.
The Epistle and Gradual
Gradual
He shall call to the heavens from above:
and to the earth that He may judge His people.
V. The heavens shall declare His righteousness:
for God is Judge Himself. Hallelujah! Hallelujah!
V. The ransomed of the Lord shall come to Zion with everlasting joy upon their lands:
they shall obtain joy and gladness,
and sorrow and weeping shall fly away.
Hallelujah!
The Gospel
Glory be to Thee, O Lord!
Praise be to Thee, O Christ!
The Nicene Creed             p. 22
The Sermon Hymn #294             O Word of God Incarnate

The Righteousness of the Pharisees 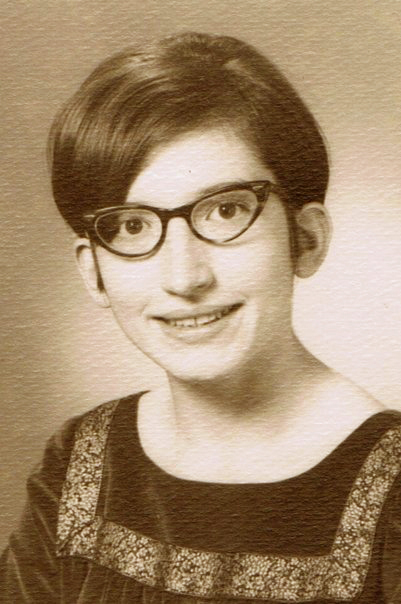 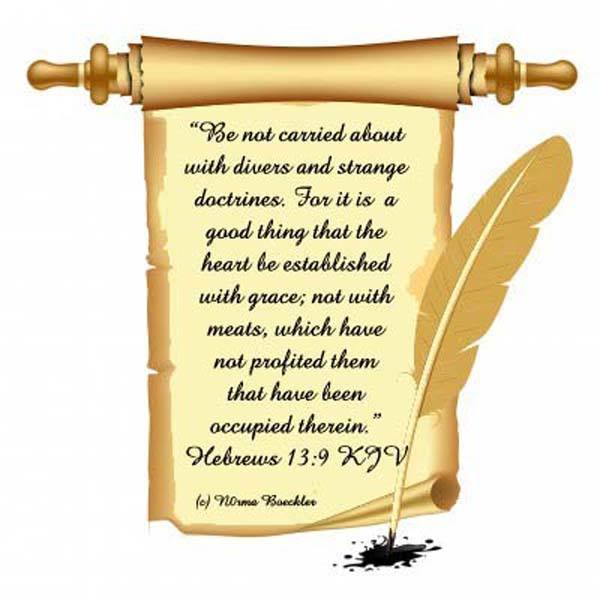 Lord God, heavenly Father, we confess that we are poor, wretched sinners, and that there is no good in us, our hearts, flesh and blood being so corrupted by sin, that we never in this life can be without sinful lust and concupiscence; therefore we beseech Thee, dear Father, forgive us these sins, and let Thy Holy Spirit so cleanse our hearts that we may desire and love Thy word, abide by it, and thus by Thy grace be forever saved; through our Lord Jesus Christ, Thy Son, who liveth and reigneth with Thee and the Holy Ghost, one true God, world without end. Amen.
KJV Romans 6:3 Know ye not, that so many of us as were baptized into Jesus Christ were baptized into his death? 4 Therefore we are buried with him by baptism into death: that like as Christ was raised up from the dead by the glory of the Father, even so we also should walk in newness of life. 5 For if we have been planted together in the likeness of his death, we shall be also in the likeness of his resurrection: 6 Knowing this, that our old man is crucified with him, that the body of sin might be destroyed, that henceforth we should not serve sin. 7 For he that is dead is freed from sin. 8 Now if we be dead with Christ, we believe that we shall also live with him: 9 Knowing that Christ being raised from the dead dieth no more; death hath no more dominion over him. 10 For in that he died, he died unto sin once: but in that he liveth, he liveth unto God. 11 Likewise reckon ye also yourselves to be dead indeed unto sin, but alive unto God through Jesus Christ our Lord.
KJV Matthew 5:20 For I say unto you, That except your righteousness shall exceed the righteousness of the scribes and Pharisees, ye shall in no case enter into the kingdom of heaven. 21 Ye have heard that it was said by them of old time, Thou shalt not kill; and whosoever shall kill shall be in danger of the judgment: 22 But I say unto you, That whosoever is angry with his brother without a cause shall be in danger of the judgment: and whosoever shall say to his brother, Raca, shall be in danger of the council: but whosoever shall say, Thou fool, shall be in danger of hell fire. 23 Therefore if thou bring thy gift to the altar, and there rememberest that thy brother hath ought against thee; 24 Leave there thy gift before the altar, and go thy way; first be reconciled to thy brother, and then come and offer thy gift. 25 Agree with thine adversary quickly, whiles thou art in the way with him; lest at any time the adversary deliver thee to the judge, and the judge deliver thee to the officer, and thou be cast into prison. 26 Verily I say unto thee, Thou shalt by no means come out thence, till thou hast paid the uttermost farthing. 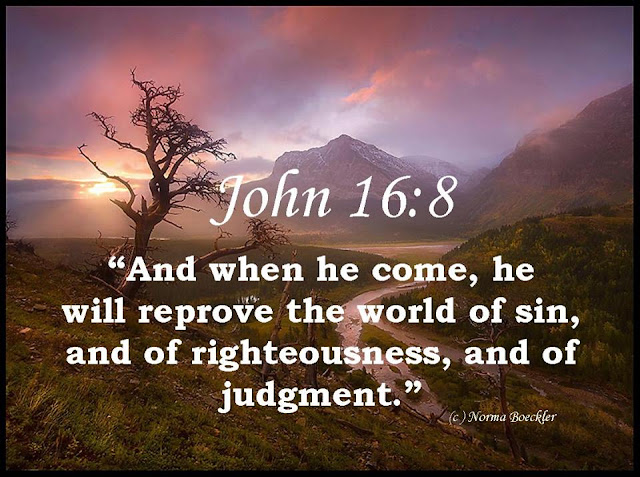 The Righteousness of the Pharisees

KJV Matthew 5:20 For I say unto you, That except your righteousness shall exceed the righteousness of the scribes and Pharisees, ye shall in no case enter into the kingdom of heaven.
There are two ways to understand this verse, but only one is correct.
1. The wrong way - Someone can jump to the conclusion that the Pharisees were the ultimate in righteousness and that Jesus' followers had to be even more righteous.
2. The right way - ironic and more pointed. The Pharisees, in depending on works of the Law, had no genuine righteousness, so anyone who believed in Jesus definitely exceeded the works-righteousness of the Pharisees. The righteousness of faith in the Savior is key to this passage.
Background - Unity of the One Book of the Holy Spirit
The so-called scholarly world has tried to pit one passage of the Bible against another, leaving people in as much confusion as the professors have. Note that the most important Gospel - for clarifying the entire message - is the Gospel of John, which most of the modernists dismiss as coming from other sources and 300 years after Christ. That would make the Fourth Gospel a series of deceptions. The truth is that Matthew, Mark, Luke, and John have a remarkable harmony and unity, because the working force behind each one - and them all - is the Holy Spirit.
That applies to the entire Bible - as the foundation. The Scriptures are that unified Truth. Luther knew Medieval dogma well, but he did not start with that, but only illustrated it to show how wrong the Pope was. Luther could see how all the Biblical books and verses fit together - and support each other - with one goal from God for us - to teach us faith in Jesus Christ as our Savior and Good Shepherd.
Dogma books are not a good foundation, no matter how good they are, because dogma tries to make a system out of a unity already present. Why not show that unity by comparing verses rather than current or past authors?
A book confessing the Faith is not at all the same as dogmatics books. The Book of Concord confesses the truth of the Scriptures and is really a one-volume book about the Bible.
Organizations make a poor foundation, because they establish norms and those rules become their bible, their origin, their incontestable law. Willow Creek in Chicago (where we went and heard Hybels speak on these verses) was monstrously big and yet opposed to showing the cross anywhere. Hybels and the entire staff had to quit and admit their very serious sins, paying out millions in damages. The Church of Rome has been paying out millions and will continue to do the same, because an organization corrupts itself away from Christianity by jettisoning faith in Christ in favor of power for themselves.
There are many ways to appreciate Matthew 5:20 because the righteousness of the Pharisees is in the basement. That turns on the point Paul taught in short form in Galatians and very thoroughly in Romans.
Using the phrasing above, that means being declared righteous only by faith in Jesus.
Justify is not a difficult word, and we use it all the time in the same sense. "How dare you justify what you have done?" That is making oneself righteous, free of sin, by declaring that to be true.
Or when excuses are made, "Don't justify yourself!"
I cannot tell how many books and articles I have read where they have ignored the plain meaning of this word - and this phrase - used so often - Justification by Faith.
Romans 4 is so clear and plain that synod presidents should have it tattooed on their backs so they never see it, since they reject and defame the Chief Article.
The solution is simple - either
1. We are justified by works of various types, which make us righteous (building chapels, paying for dorms, enlarging libraries). OR
2. We are declared innocent because of the innocence of Jesus Christ, who took on our sins and rose from the dead to show He had conquered sin, death, and the devil on the cross.
Because of time constraints, I am going to explain this rather than writing it out, as I intended originally. (Get me to the church on time.)
Posted by Ichabod the Glory Has Departed at 8:17 PM