Fourth Sunday after the Epiphany, 2022. 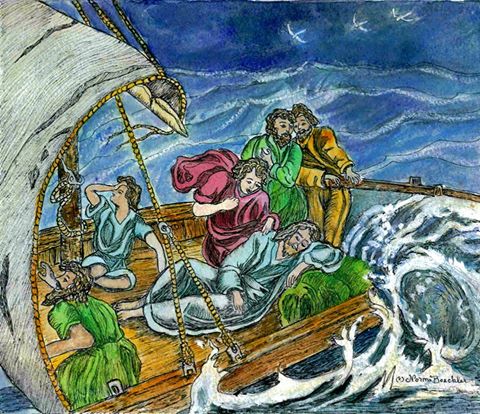 The Fourth Sunday after the Epiphany, 2022
Pastor Gregory L. Jackson
Bethany Lutheran Church,
10 AM Central Time
The Vimeo player will appear below

The Hymn #523     Why Should Cross and Trial
The Confession of Sins
The Absolution
The Introit p. 16
The Introit
Worship Him, all ye His angels:
Zion heard and was glad.
The daughters of Judah rejoiced:
because of Thy judgments, O Lord.
Psalm. The Lord reigneth, let the earth rejoice:
let the multitude of isles be glad thereof.
The Gloria Patri
The Kyrie p. 17
The Gloria in Excelsis
The Salutation and Collect p. 19
The Collect
Almighty and everlasting God, mercifully look upon our infirmities, and in all our dangers and necessities stretch forth the right hand of Thy majesty to help and defend us; through Jesus Christ, Thy Son, our Lord, who liveth, etc.
The Epistle
The Gradual
The heathen shall fear the name of the Lord:
and all the kings of the earth Thy glory.
V. When the Lord shall build up Zion: He shall appear in His glory. Hallelujah! Hallelujah!
V. The Lord reigneth; let the earth rejoice:
let the multitude of isles be glad thereof. Hallelujah!
The Gospel
Glory be to Thee, O Lord!
Praise be to Thee, O Christ!
The Nicene Creed p. 22
The Sermon Hymn #649 Jesus Savior Pilot Me
Lord Save Us! We Perish
The Hymn #304        An Awe-full Mystery
The Preface p. 24
The Sanctus p. 26
The Lord's Prayer p. 27
The Words of Institution
The Agnus Dei p. 28
The Nunc Dimittis p. 29
The Benediction p. 31
The Hymn #46    On What Has Now Been Sown 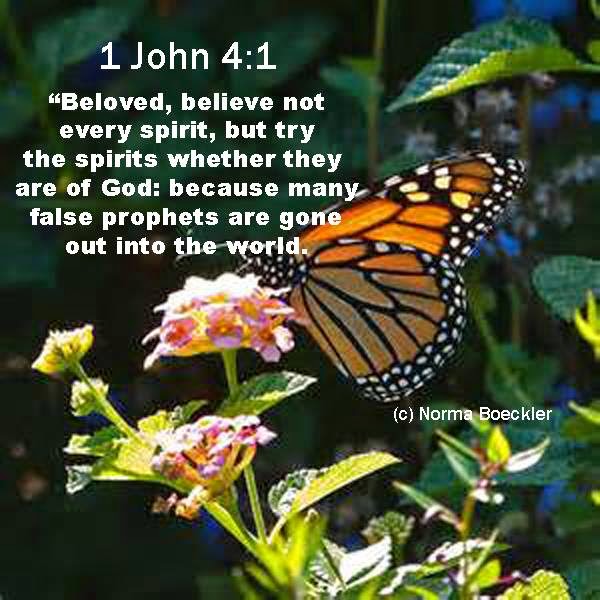 Prayers and Announcements
KJV Romans 13:8-10
8 Owe no man any thing, but to love one another: for he that loveth another hath fulfilled the law. 9 For this, Thou shalt not commit adultery, Thou shalt not kill, Thou shalt not steal, Thou shalt not bear false witness, Thou shalt not covet; and if there be any other commandment, it is briefly comprehended in this saying, namely, Thou shalt love thy neighbour as thyself. 10 Love worketh no ill to his neighbour: therefore love is the fulfilling of the law.
KJV Matthew 8:23-27
23 And when he was entered into a ship, his disciples followed him. 24 And, behold, there arose a great tempest in the sea, insomuch that the ship was covered with the waves: but he was asleep. 25 And his disciples came to him, and awoke him, saying, Lord, save us: we perish. 26 And he saith unto them, Why are ye fearful, O ye of little faith? Then he arose, and rebuked the winds and the sea; and there was a great calm.
27 But the men marvelled, saying, What manner of man is this, that even the winds and the sea obey him!
Lord Save Us! We Perish
KJV Matthew 8:23 And when he was entered into a ship, his disciples followed him.
Introduction - The Miraculous
Many times I have spoken about the scorn of the 19th century scholar, with an emphasis on their use of corrupt, heretical texts - Vaticanus (B) and Sinaiticus  (Aleph). The Hort of Westcott-Hort wrote that he favored a "Mary religion" over a "Jesus religion."
I wondered about Westcott, because he was a bishop in the Anglican Church and always supported Hort. The latest KJV book deals extensively with Bishop Westcott and his fascination with Hinduism. This is very important, showing how the gathering of text material from bad sources came about. In short, Bishop Westcott was very fond of turning Christianity into a form of Hinduism. Just one example of distortion is the way he made the Incarnation, God becoming man, the Two Natures in Christ, "all people becoming divine" - denying the Incarnation and the miraculous.
He and Hort mocked the Resurrection and Ascension of Christ. (Their Greek Gospel of Mark erased "the Son of God" from Mark 1:1 and the Empty Tomb from Mark 16:9-20.
The 19th century was a time when the British elite re-made Christianity into a form of the occult and said so. So they could use Biblical words to some extent but stressed how symbolic everything was - not historic and true - but mythical and "timeless" to stretch a term.
That generation of scholars was rejected by the Christian Church, but the fervent continued, just as yeast (good or bad) slowly permeates a batch of dough. Their crimes of the 1880s became the bedrock of the 1930s and beyond.
Matthew 8:23 And when he was entered into a ship, his disciples followed him.
There were a group of ships going across the inland sea, so the Twelve were there and so were others who had listened to Him and followed Him. Given the nature of sudden storms, the boats were quite vulnerable in a major storm, even though they were relatively stable and made to last on the storm-tossed waters. Travelers debate whether they would like to cruise the rivers of America and Europe or cross the ocean in a floating luxury hotel. Anatomy of Melancholy - "A ship is like a prison, only you can drown."
Jesus was asleep and not worried. This miracle makes us dwell on His divine nature. He was not pretending to be asleep but sleeping because of all His work. The Gerhardt hymns remind us of His divine nature, even when He was a baby, how He took on our frail flesh so He could teach us and die and for our sins.
24 And, behold, there arose a great tempest [earthquake] in the sea, insomuch that the ship was covered with the waves: but he was asleep.
Matthew used the term earthquake to describe this sudden, violent storm. The is when the dark seas meet the black sky and nothing makes sense, but Jesus remained sleeping. The parallel to our era is clear. Almost everyone is pointing out the storm that is rising and all the indications of a vast change - for good or ill - in the world and in America.
Mark's addition is exactly how we would respond, "Master, don't you care if we die?"
This is where Luther carefully described the difference between faith and fear. Everything is fine with us when there are no threats. We take pride in our knowledge and our ability to look ahead. But when things are out of control, then faith vanishes and fear takes over. This was not unusual, to have a storm on the sea, but the violence of it shook the disciples so badly that they questioned His power and mercy.
Every since the Word became flesh and dwelt among us, full of grace and truth, Jesus has been protective of His followers and sympathetic to their fears and sorrows.
His sleep - though real - is also symbolic of His peace of mind, because everything has been predicted and He remains our Good Shepherd, our captain of the ship. The boat was swamped with waves and yet He remained asleep. When Jesus seems to be asleep and indifferent, He is only showing us that everything remains under the divine guidance of the Holy Trinity. 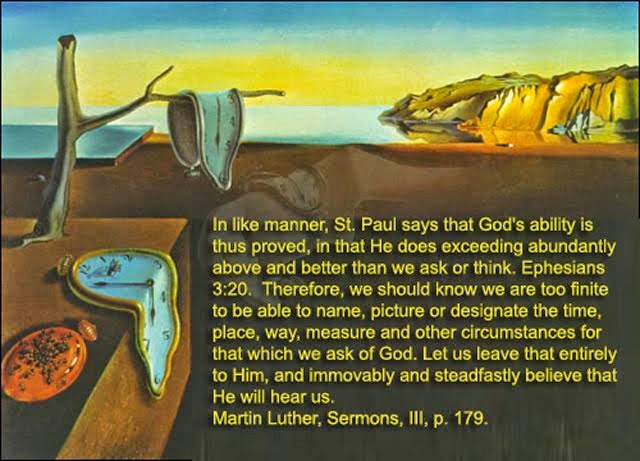 25 And his disciples came to him, and awoke him, saying, Lord, save us: we perish.
How annoying! to have Jesus asleep while the boat is swamped with crashing, cold waves - and drowning seems not far off.
There are two parts to their prayer. One is "save us," which gives credit to His divine nature, but the other is "we perish" - indicating their lack of faith and their need to get Him moving.
When people make specific demands about the manner, time, and place of God's intervention, they are ordering Him around and will not see results. Many are so blind today that they keep bossing God as their wayward servant and quickly fall into rejection of God's power and help. Still others, mockingly tell their audience at graduation to close their eyes and meditate on any god they happen to believe in - or not.
26 And he saith unto them, Why are ye fearful, O ye of little faith? Then he arose, and rebuked the winds and the sea; and there was a great calm.
The problem is not that they were fearful, but they were so afraid that they lost faith, in their panic, and were angry with Him. It is not a sin to be afraid - fear keeps us from doing foolish things and from reckless stunts, such as children try from time to time. But when they trusted in their human reason - as skilled and rugged fishermen, they no longer trusted in the Lord.
Jesus' strongest rebuke is "ye of little faith," and it is found often in the Gospels. Even if they had died, they would have been with Him, but panic blocked all expressions of faith.
This is one of many passages where the Gospels show us the power, grace, and compassion of Jesus Christ. The miracles prove to us that God can do anything in His own time. If we
pray for those with sickness, special conditions, or accident injuries, we are praying that God accomplish His will in His own time, with His own methods.
When we pray for our country and our leaders, we are asking for God to intervene in His way. It is in His hands, but trusting His power is extremely important at this time of crisis.
I like to go back in time mentally and say, "Did you know the shortest man in gym class would earn the Medal of Honor?" or
"Did you think, while copying 3,000 pages of Luther's Sermons that they would be erased overnight?" (That would have been dis-couraging. Why bother? But those pages became 8 volumes and they are all over the place and in Kindle and PDFs)
Did you imagine you would be almost alone in following Luther's Biblical doctrine?
27 But the men marvelled, saying, What manner of man is this, that even the winds and the sea obey him!
Here is a great attack against lack of faith in any part of our lives. If the waves and winds obey Jesus Christ, what must He be able to do in our lives? There should be no doubt, with His power over Creation since He is the Creator. He can change ordinary water into extraordinary wine, just as the Word changes the host and wine, which remain bread and wine, into His presence of body and blood.
We have probably witnessed miracles of one form or another, such as a tiny baby surviving and thriving, or a terrible accident where no one was hurt. Some things are more subtle and certainly appear divinely given in retrospect.
The rationalists and occultists imagine they can whittle away the truth of God's inerrant, powerful Word. And when they are done, they no longer believe in their own sad creations. 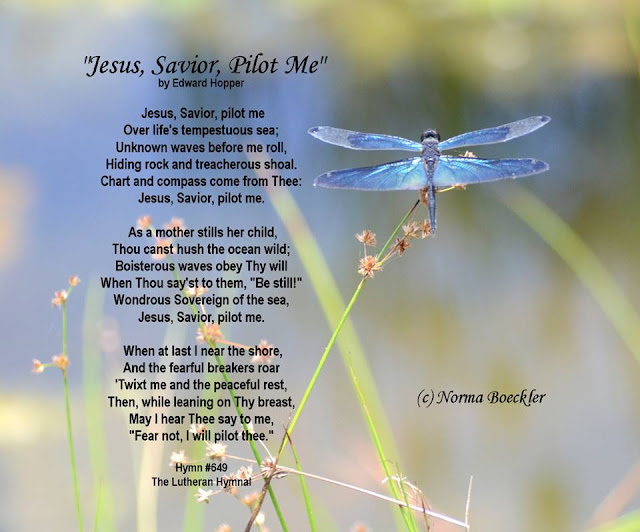 Posted by Ichabod the Glory Has Departed at 6:31 AM

Email ThisBlogThis!Share to TwitterShare to FacebookShare to Pinterest
Labels: Epiphany 4 2022