Someone gave me the Burger kit on justification, sent to every WELS pastor early in the century. That got me intrigued by Wayne Mueller's book, so I ordered one from the Net, $5 - never been read. The book is still in print.

Wayne got himself a job teaching at The Sausage Factory, Mequon, but they pushed him off the faculty for being Reformed, according to Slick Brenner. The power of the UOJ network can be seen in Wayne Mueller getting a raise by having a job invented for him - head of Perish Services - the parish killing agency of UOJ/Church Growth, at WELS headquarters. Administrators get more than seminary professors in WELS, because administrators work past noon.

Wayne became First Vice-President of the synod later. Even when he was voted out of office, and another replaced him, his team managed to scare the VP-elect away and put Wayne back. Later, when Mueller quit his job in a huff, the CG/UOJ network replaced him with James Huebner, Fuller alumnus.

Mueller set a record for lying in WELS - a stupendous achievement in that sect - by presiding over all the Church Growth programs in WELS as head of Perish Services and denying in print that there were any CG programs in WELS. WELS denials are standard - and they serve as good verification checks. But here is the master stroke. Wayne added that, if there were any, they were all in harmony with the Confessions.

One WELS pastor handed me a communication from Mueller where he quoted Luther in favor of working with the Babtists. This is significant in relation to Wayne's book. The quotation made it look as if Luther favored ecumenical work, but it was severely edited and said the opposite. I quoted Wayne, Luther, and commented in Christian News. At a gathering, Mueller said, "If I ever get my hands on the guy who gave that to Jackson..." The guy who gave it to me reported Wayne's threat, with some satisfaction.

I am convinced that WELS' secret hazing ritual, GA, has profoundly influenced all the WELS pastors, who delight in deception and seldom tell the truth when a lie is more fun. Not all of them are in that camp, but the leaders are, from top to bottom. Birds of a feather flock together. 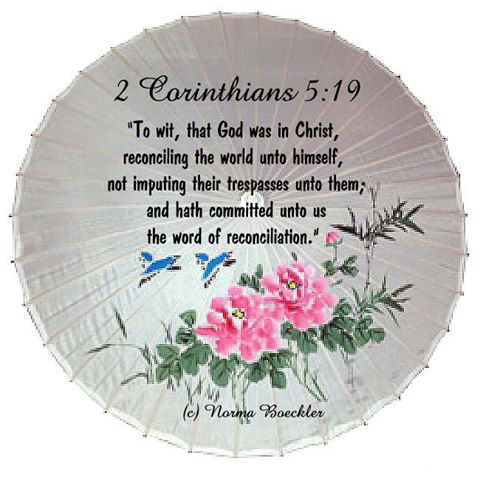 Mueller's abuse of Luther is repeated in the opening of his book, the first sentence.

"If the doctrine of justification is lost, the whole of Christian doctrine is lost." [Luther's Works, American Edition, vol. 26 - title not given. Lectures on Galatians.] Mueller, Introduction, p. 7.

Luther clearly meant justification by faith, but Mueller dishonestly used this quotation to lay the foundation for UOJ, which is clearly advocated in his little book. The title is omitted in the citation and the volume is omitted in the list - For Further Reading, p. 127.

The UOJ advocates like to use judicial or court language, so they dwell on "not guilty" but misuse the terminology to fit their agenda. In this light, Mueller ends the first chapter with Book of Concord citation:

7. We believe, teach, and confess that according to the usage of Holy Scripture the word justify means in this article, to absolve, that is, to declare free from sins. [Formula of Concord, Epitome, III. 7. This article is called The Righteousness of Faith, but Mueller omitted that factoid, because the UOJ agenda is the righteousness of no faith.] Mueller, p. 13.

In the same summary, but not quoted -

4 Accordingly, we believe, teach, and confess that our righteousness before God is (this very thing], that God forgives us our sins out of pure grace, without any work, merit, or worthiness of ours preceding, present, or following, that He presents and imputes to us the righteousness of Christ's obedience, on account of which righteousness we are received into grace by God, and regarded as righteous.


5] We believe, teach, and confess that faith alone is the means and instrument whereby we lay hold of Christ, and thus in Christ of that righteousness which avails before God, for whose sake this faith is imputed to us for righteousness, Rom. 4:5. Epitome III, 4-5. The Righteousness of Faith. 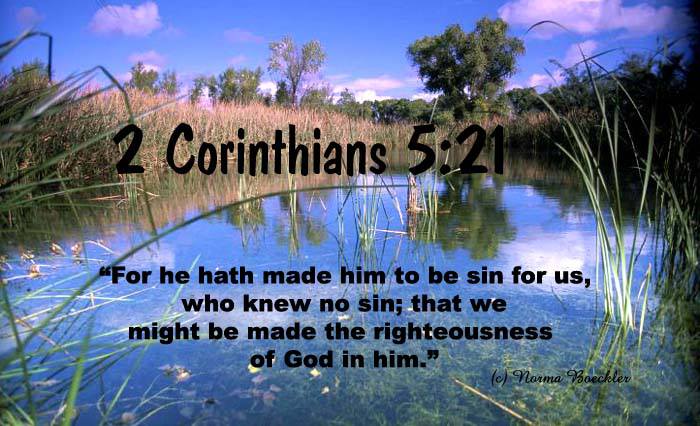 "Yet we may think of Easter morning as the time in history when God made his formal declaration of righteousness for sinners." (p. 14)

The declaration of righteousness for sinners is their way of avoiding justification by unfaith. The first is ambiguous in their double-dealing hands. The second is all too clear, but far more precise.

Luther and Mueller agree, we are supposed to think:

Luther insisted, The doctrine of justification must, as I frequently urge, be diligently learned; for in it all the other articles of our faith are comprehended. And when that is safe, the others are safe too." What Luther Says, p. 703. Mueller, p. 20.

The book is turning into What Mueller Says Luther Says.

Lutheran teachers often call God's declaration of righteousness for all people objective justification. This means that God's Easter declaration of righteousness is an accomplished fact for all people, apart from the thinking or faith of people. (p. 50)
Mueller recited this UOJ gem--rather, lump of coal--which may have originated in Sig Becker or Edward Preuss. They never tire of repeating it:

Those who deny that God declared all the world justified in Christ have a corrupted gospel to share with the world. If my forgiveness is not a fact unless and until I believe it, the gospel is conditional and thus not a simple proclamation of good news. My forgiveness then depends on something I do: my sorrow, my repentance, my faith. I make forgiveness happen by my believing. God's mercy to me depends on something other than Christ's obedience. (p. 52)
And later -

There is only one justification, the one God declared by grace, for Christ's sake, on Easter morning. (p. 57)

This introduces a hopeless set of contradictions. The Old Testament figures, like Abraham, were justified by faith, and there is no universal absolution on Easter morning. They claim this absolution of all unbelievers, forgetting they have everyone absolved on Good Friday as well.

Luther was consistent. He taught the Biblical doctrine of the efficacy of the Word, grace coming to people only through the Means of Grace. Stated another way, the Holy Spirit only works through the Word and never apart from the Word. To claim that God's grace and forgiveness have come to the entire world of unbelievers is Enthusiasm, which was denounced by Luther and included as a section in the often overlooked Smalcald Articles. 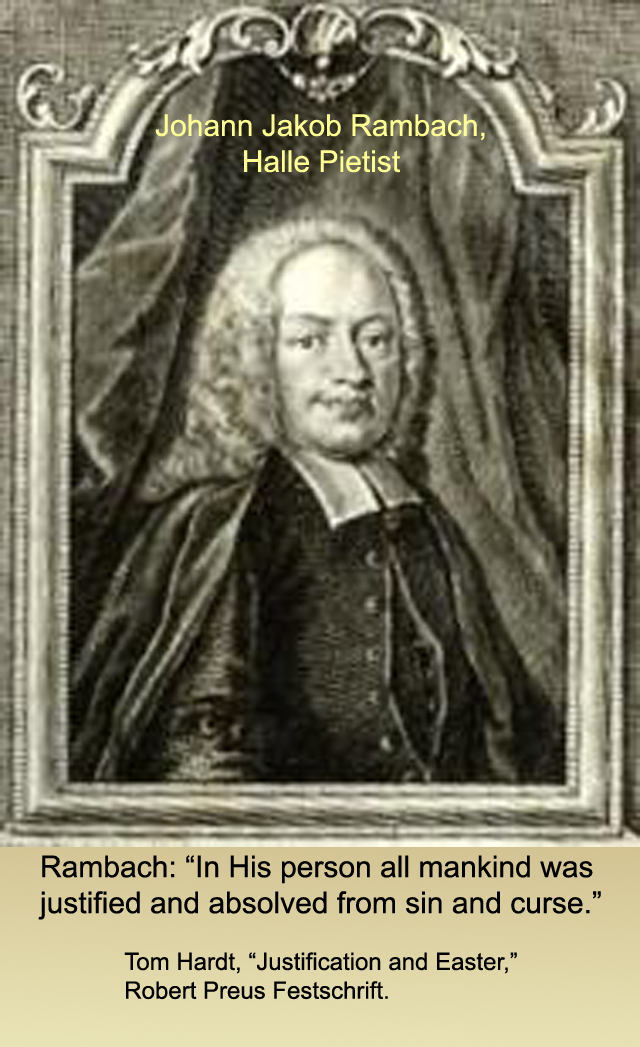 As WELS likes to say, false doctrine begins with false exegesis. WELS and the ELS favor Rambach the Halle Pietist against Chemnitz the senior editor of the Book of Concord.

The false explanation of 1 Timothy 3:16 comes from perverting the language of the verse:

KJV 1 Timothy 3:16 And without controversy great is the mystery of godliness: God was

The UOJ Enthusiasts take this passage to mean that everyone - every single atheist, polytheist, and cannibal was absolved of all sin, before birth, because the justification of Christ means the absolution of the world.

Pietism abandoned the Means of Grace in favor of cell groups. And what has WELS, the ELS, and Missouri taught as the salvation of their crumbling institutions? - UOJ and the cell group.

Wayne Mueller is a propagandist for UOJ and the Church Shrinkage Movement. He accomplished much in the trashing of Lutheran doctrine.

Mueller closed his book with a citation from the Zinzendorf hymn, translated by a Methodist leader, which was like repeating, "Our righteousness is the righteousness of Pietism."

1. Jesus, Thy blood and righteousness
My beauty are, my glorious dress;
Midst flaming worlds, in these arrayed,
With joy shall I lift up my head.

2. Bold shall I stand in that great Day,
For who aught to my charge shall lay?
Fully through these absolved I am
From sin and fear, from guilt and shame.

3. The holy, meek, unspotted Lamb,
Who from the Father's bosom came,
Who died for me, e'en me t'atone,
Now for my Lord and God I own.

4. Lord, I believe Thy precious blood,
Which at the mercy-seat of God
Forever doth for sinners plead,
For me--e'en for my soul--was shed.

5. Lord, I believe were sinners more
Than sands upon the ocean shore,
Thou hast for all a ransom paid,
For all a full atonement made.

6. When from the dust of death I rise
To claim my mansion in the skies,
E'en then, this shall be all my plea:
Jesus hath lived and died for me.

7. Jesus, be endless praise to Thee,
Whose boundless mercy hath for me,
For me, and all Thy hands have made,
An everlasting ransom paid.

Augsburg Confession, IV. Misleading! - as the divines at Mequon stamp on orthodox quotations. What possessed Mueller to quote something that destroys his thesis? He teaches that the Book of Concord welcomes change in doctrine, so forget that question.

Francis Pieper - Christian Dogmatics - the verbose homage to CFW Walther, who chose him to carry on the dogma of UOJ.

Missing - Luther's Lectures on Galatians! The Book of Concord commended these lectures for further study of the doctrine of justification by faith - twice.  But Muelller only lists material from his own little circle, plus one citation from the Book of Concord.

In fact, nothing by Luther is on the list. I can assert without fear of contradiction that the present Synodical Conference loathes Luther's doctrine, the little they know of it. 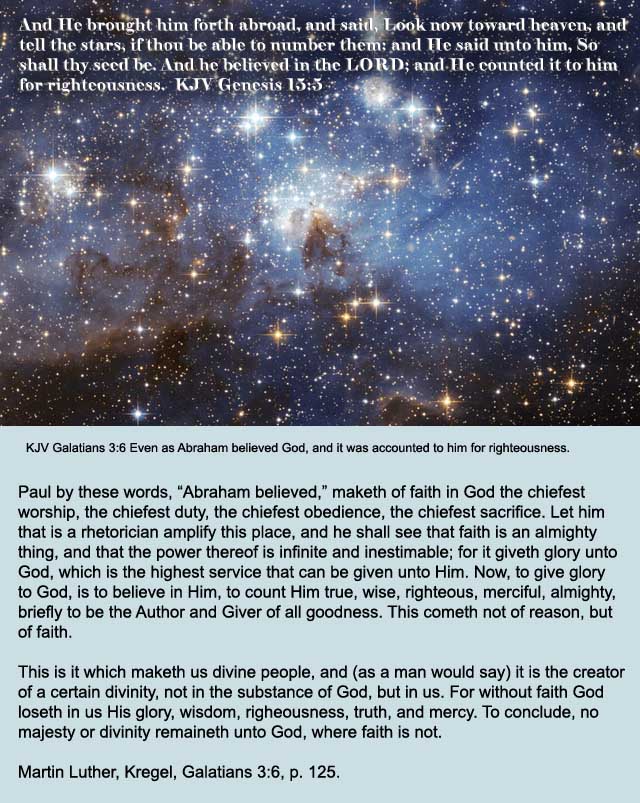 Posted by Ichabod the Glory Has Departed at 8:10 AM