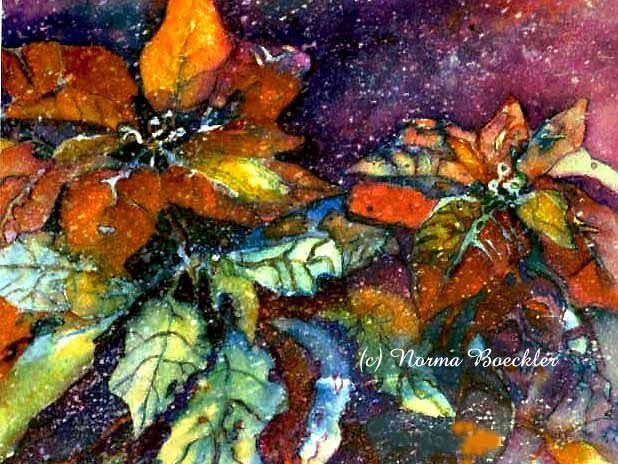 
KJV Romans 1:1 Paul, a servant of Jesus Christ, called to be an apostle, separated unto the gospel of God, 2 (Which he had promised afore by his prophets in the holy scriptures,) 3 Concerning his Son Jesus Christ our Lord, which was made of the seed of David according to the flesh; 4 And declared to be the Son of God with power, according to the spirit of holiness, by the resurrection from the dead: 5 By whom we have received grace and apostleship, for obedience to the faith among all nations, for his name: 6 Among whom are ye also the called of Jesus Christ:

Luke 1:26 And in the sixth month the angel Gabriel was sent from God unto a city of Galilee, named Nazareth, 27 To a virgin espoused to a man whose name was Joseph, of the house of David; and the virgin's name was Mary. 28 And the angel came in unto her, and said, Hail, thou that art highly favoured, the Lord is with thee: blessed art thou among women. 29 And when she saw him, she was troubled at his saying, and cast in her mind what manner of salutation this should be. 30 And the angel said unto her, Fear not, Mary: for thou hast found favour with God. 31 And, behold, thou shalt conceive in thy womb, and bring forth a son, and shalt call his name JESUS. 32 He shall be great, and shall be called the Son of the Highest: and the Lord God shall give unto him the throne of his father David: 33 And he shall reign over the house of Jacob for ever; and of his kingdom there shall be no end. 34 Then said Mary unto the angel, How shall this be, seeing I know not a man? 35 And the angel answered and said unto her, The Holy Ghost shall come upon thee, and the power of the Highest shall overshadow thee: therefore also that holy thing which shall be born of thee shall be called the Son of God.

Romans 1:3 Concerning his Son Jesus Christ our Lord, which was made of the seed of David according to the flesh; 4 And declared to be the Son of God with power, according to the spirit of holiness, by the resurrection from the dead:

As Luther said, the Christian faith is attacked on three fronts:
1. Justification by faith.
2. The divinity of Jesus.
3. The humanity of Jesus.

In our era, the Virgin Birth is denied, not so much by outsiders, but by those within the visible church. They have all kinds of problems with finding it in the Scriptures, even where the statements are so obvious.

In this eloquent opening of Paul’s greatest epistle, the Two Natures of Christ are taught with clarity and simplicity.

One thing we should always keep in mind is the Word of God teaching the same unified doctrine using many expressions. That shows the wisdom of the Holy Spirit, in giving us such truths in so many ways, so we cannot possibly miss unless we are at war against the Word.

In adult education the experts stress that we all learn in different ways. Groups of adults need to understand the same lesson according to their basic learning style. Since God is a wise and efficient manager, as Luther observed, and has done a good job directing everything for a long time, He has already implemented this theory in His Word.

Sometimes we say “Son of God, and Son of Man,” as Beautiful Savior expresses the Two Natures of Christ.

The concise expression suggests that this was common teaching among all the Christians, because he is not writing as if anything is contested. When there is a battle over certain points, much more is said in defense of the truth.

The humanity of Christ is expressed in his birth according to the flesh, descended from the House of David, as He was through Mary.

The divinity of Christ is clearly stated in calling Him the Son of God. It is simply impossible to put the two statements together and exclude the Virgin Birth from them. In that era, the miraculous was expected. That is why Jesus performed miracles, the healing miracles plus those miracles which no one could possibly have claimed. To say, Jesus healed the sick, would have been somewhat routine in the eyes of many. Their rabbis also healed the sick. But no one turned water into wine, walked on water, stilled the storm, multiplied the loaves and raised the dead in front of many witnesses.

Those miracles elevated Jesus far above anyone who claimed miracles, legitimately or not.

The humanity of Christ is often overlooked or under-stated because so much has been said in the last century against His divinity, His Virgin Birth, His resurrection.

The humanity of Christ is vitally important, because this is the source of comfort in His ministry to us. There is no sorrow or pain unknown to Him, because He shared our earthly pilgrimage and faced the ultimate temptations, from Satan’s wiles to the betrayal of His own chosen disciples.

Hebrews 4: 12 For the word of God is quick, and powerful, and sharper than any twoedged sword, piercing even to the dividing asunder of soul and spirit, and of the joints and marrow, and is a discerner of the thoughts and intents of the heart. 13 Neither is there any creature that is not manifest in his sight: but all things are naked and opened unto the eyes of him with whom we have to do.

14 Seeing then that we have a great high priest, that is passed into the heavens, Jesus the Son of God, let us hold fast our profession. 15 For we have not an high priest which cannot be touched with the feeling of our infirmities; but was in all points tempted like as we are, yet without sin. 16 Let us therefore come boldly unto the throne of grace, that we may obtain mercy, and find grace to help in time of need.

Catechism books teach about the Word of God in the first few verses and the compassion of Christ in the next. The author of Hebrews put them together, doubtless for a reason, a Holy Spirit inspired reason.

The Word of God is far more powerful than any weapon we can imagine, because God looks into our inner being and nothing is secret from Him. Knowing the power of the Word, we can look to Christ for comfort, because He was tempted in every way we are, yet He remained without sin. Because He understands our weaknesses and temptations, we can always to Him for grace in time of need.

Being born in a humble stable, revealed to the shepherds and Wise Men as a baby, Jesus draws us to Him.

When I asked a group of children why God revealed Himself in the form of a baby, one child’s voice rang out, “Because no one is afraid of a baby.”

That was the best single answer I could imagine. The humanity of Jesus teaches us:

Yes, He is the Son of God, but He was born like us. He had and still has the same humanity today – our emotions, temptations, our joys and sorrows. He is not distant from us but close to us, always able to understand us in our weakness.
Posted by Ichabod the Glory Has Departed at 4:31 PM