The Twenty-Third Sunday after Trinity 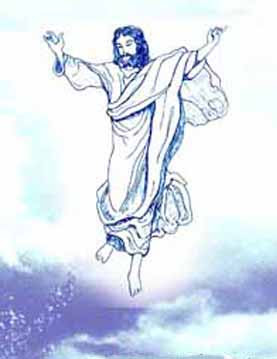 The Risen Christ, by Norma Boeckler

The Twenty-Third Sunday after Trinity


The Hymn # 29 Praise to the Lord 3:1
The Confession of Sins
The Absolution
The Introit p. 16
The Gloria Patri
The Kyrie p. 17
The Gloria in Excelsis
The Salutation and Collect p. 19
The Epistle and Gradual
The Gospel
Glory be to Thee, O Lord!
Praise be to Thee, O Christ!
The Nicene Creed p. 22
The Sermon Hymn #246 Holy, Holy, Holy 3:35

KJV Philippians 3:17 Brethren, be followers together of me, and mark them which walk so as ye have us for an ensample. 18 (For many walk, of whom I have told you often, and now tell you even weeping, that they are the enemies of the cross of Christ: 19 Whose end is destruction, whose God is their belly, and whose glory is in their shame, who mind earthly things.) 20 For our conversation is in heaven; from whence also we look for the Saviour, the Lord Jesus Christ: 21 Who shall change our vile body, that it may be fashioned like unto his glorious body, according to the working whereby he is able even to subdue all things unto himself.
KJV Matthew 22:15 Then went the Pharisees, and took counsel how they might entangle him in his talk. 16 And they sent out unto him their disciples with the Herodians, saying, Master, we know that thou art true, and teachest the way of God in truth, neither carest thou for any man: for thou regardest not the person of men. 17 Tell us therefore, What thinkest thou? Is it lawful to give tribute unto Caesar, or not? 18 But Jesus perceived their wickedness, and said, Why tempt ye me, ye hypocrites? 19 Shew me the tribute money. And they brought unto him a penny. 20 And he saith unto them, Whose is this image and superscription? 21 They say unto him, Caesar's. Then saith he unto them, Render therefore unto Caesar the things which are Caesar's; and unto God the things that are God's. 22 When they had heard these words, they marvelled, and left him, and went their way.

Twenty-Third Sunday After Trinity
Lord God, heavenly Father: we thank Thee that Thou hast hitherto granted us peace and graciously spared us from war and foreign dominion: We pray Thee, graciously let us continue to live in Thy fear according to Thy will, giving no cause for wars or other punishment; govern and direct our magistrates, that they may not hinder the obedience due to Thee, but maintain righteousness, that we may enjoy happiness and blessing under their government, through our Lord Jesus Christ, who liveth and reigneth with Thee and the Holy Ghost, one true God, world without end. Amen.


Citizenship in Heaven – Not in the Chow Line
This passage is one of the clearest Law and Gospel passages.

The first part condemns the wrong path in life and describes the results.

I have no doubts that the people described in the first part are within the visible church, or once were and fell away. Many times that is not an obvious change, but one which takes place over many years and decades.

Many heard the Gospel and joined with great joy, but following Mark 4 (Matthew 13) they had the implanted faith snatched away from them or became consumed by the cares of the world.

The same reaction can be seen today, taking place over a period of time. What might have been indicated at first is now blossoming in its glory. As I once observed in gardening, “Is that a weed?” became rank growth when left alone.

Philippians 3:17 Brethren, be followers together of me, and mark them which walk so as ye have us for an ensample.

This urging by Paul does not mean that he alone is the example, but that sincere believers should imitate one another. In that way we serve to admonish each other before someone wanders off in the wrong direction.

“Mark” means to examine closely, so we get “remarkable” from that verb.

KJV Romans 16:17 Now I beseech you, brethren, mark them which cause divisions and offences contrary to the doctrine which ye have learned; and avoid them.

These passages have been changed in intent, to protect the false teachers. Now the organizations use Mennonite shunning to silence and ostracize anyone who dares to mention that false doctrine is being taught.

KJV Philippians 3:18 (For many walk, of whom I have told you often, and now tell you even weeping, that they are the enemies of the cross of Christ:

The verb “walk” is used to include a whole range of behavior. If there is a gulf between behavior and supposed belief, then that person ought to re-examine what is believed. As Luther said, more than once, our outward behavior says a lot about our repentance or lack of repentance.

I told one young husband, “When you hang out with potheads after work, you are telling your wife that they are more important than she is. And you expect her to welcome you when you finally come home, smelling like marijuana?” I added that they were sure losers, and they felt better if he added to their numbers.

That is one of the dynamics about error, whether it means engaging in obvious carnal behavior or falling for false doctrine. Error loves company and hates correction of any kind.

Paul in his travels had a lot of experience in seeing people fall away and become trapped in their own carnal nature. Then, as now, the world culture encouraged the worst.

KJV Philippians 3:19 Whose end is destruction, whose God is their belly, and whose glory is in their shame, who mind earthly things.)

This four-fold description shows how all-inclusive this behavior is.
1. It can only end in destruction. For example, one Assemblies of God TV show featured “ministers” carrying on off-stage just before getting on camera and weeping about how they loved Jesus.
2. Literally “God belly”,
3. “glory in shame”. The expressions in the text show how emphatic Paul is. Making the belly God includes all the aspects of our carnal nature, from greed to lust to gluttony. False teachers love to glory in how they are getting away with it. I know of several cases where they published or announced their gloating. One religion lecturer used to denounce all the articles of faith and say, “There God did not strike me down.” Those religion teachers are greatly valued in academic life because they reinforce the atheistic nature of our culture.
4. who mind earthly things. They obsess about their rewards on earth and forget about the Kingdom of God. Step by step they become atheists. One pastor promoted Church Growth and found himself promoted as a “conservative Lutheran.” Then he was finally caught in adultery and kicked out. Now he is an atheist. Who is that? I am thinking of three different men, and I knew all three. And there is a fourth…the list goes on.

The Ten Commandments are natural law – God commands what is good for us. If we defy those commandments, about pure doctrine and behavior, we will pay a price. My radio announcer friend said he used to work out in the hot sun in construction, drinking chocolate milk and eating doughnuts. He said he gave it up when he got dizzy and could not work.

These matters are too obvious. Anyone embarking on false doctrine will find himself damaged and blinded by the misuse of the Word. Likewise, engaging in sinful behavior will lead more obviously to destruction. That is why false doctrine is more dangerous, because the effects are less obvious and often take a long time to show up. I have pointed out how the notable TV frauds of today once looked and sounded normal, somewhat conservative. Now they act and look demonic.

20 For our conversation [citizenship] is in heaven; from whence also we look for the Saviour, the Lord Jesus Christ: 21 Who shall change our vile body, that it may be fashioned like unto his glorious body, according to the working whereby he is able even to subdue all things unto himself.

I do not know where “conversation” came from – in King James English. The word Paul used means “citizenship.” Believers are spiritual citizens of the Kingdom of God, whether they belong to one country or another.

If we trust in the ways of man, if our bellies come first, we will have great peace and rewards in this life. Apostates are adored and rewarded in dozens of ways. Almost every academic teacher of religion is an atheist, and many of them started out to be ministers. The ministers loved by politicians are the bad ones. So earthly peace and rewards are great but short-lived. “Their end is destruction” means eternal suffering.

in heaven; from whence also we look for the Saviour, the Lord Jesus Christ

At some time in the future, Christ will return and claim everything promised. The vast majority will say, “It really was true.” The minority will rejoice and say, “We believed it. We knew it.”

21 Who shall change our vile body, that it may be fashioned like unto his glorious body, according to the working whereby he is able even to subdue all things unto himself.

Final judgment will mean an end to history, and a complete resurrection of all who have died.

Just as the Gospel Word calls us to faith and declares us forgiven, so will the Word of Christ call us from the grave and glorify our bodies, making them like His. Those who died unbelieving will have the opposite fate.

God’s promises are always kept, unlike man’s. His promise of grace is accompanied by the Instruments of His grace, the Word and Sacraments. Justification is always His declaration – it belongs to the work of His Word.
Posted by Ichabod the Glory Has Departed at 7:02 AM