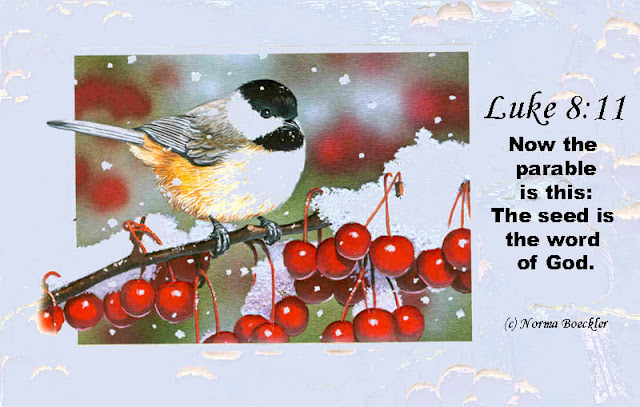 Bethany Lutheran Church
Sexagesima Sunday, 2022
Pastor Gregory L. Jackson
10 AM Central Standard Time
Bethany Lutheran Church, 10 AM Central Time
The Hymn #350               Jesus the Very Thought
The Confession of Sins
The Absolution
The Introit p. 16
Awake, why sleepest Thou, O Lord?
Arise, cast us not off forever.
Wherefore hidest Thou Thy face:
and forgettest our affliction?
Our soul is bowed down to the dust:
arise for our help and redeem us.
Psalm. We have heard with our ears, O God:
our fathers have told us what work
Thou didst in their days.
The Gloria Patri
The Kyrie p. 17
The Gloria in Excelsis
The Salutation and Collect p. 19
O God, who seest that we put not our trust in anything that we do, mercifully grant that by Thy power we may be defended against all adversity; through Jesus Christ, Thy Son, our Lord,
who liveth, etc.
The Epistle and Gradual
Let the nations know that Thy name is Jehovah: Thou alone art the Most High over all the earth.
V. O my God, make them like a wheel
and like chaff before the wind.
Tract. Thou, O Lord, hast made the earth
to tremble and hast broken it.
V. Heal the breaches thereof, for it shaketh.
V. That Thy beloved may be delivered, save with Thy right hand.
The Gospel
Glory be to Thee, O Lord!
Praise be to Thee, O Christ!
The Nicene Creed p. 22
The Sermon Hymn # 339          All Hail the Power
The Seed Is the Word of God
The Hymn # 308                    Invited Lord
The Preface p. 24
The Sanctus p. 26
The Lord's Prayer p. 27
The Words of Institution
The Agnus Dei p. 28
The Nunc Dimittis p. 29
The Benediction p. 31
The Hymn #46       On What Has Now Been Sown
Prayers and Announcements
Finishing the New Book - The King James Version: Apostolic Text, Precise Translation versus Fraudulent Text and Heretical Translations
2 Corinthians 11:19 For ye suffer fools gladly, seeing ye yourselves are wise.
20 For ye suffer, if a man bring you into bondage, if a man devour you, if a man take of you, if a man exalt himself, if a man smite you on the face.  21 I speak as concerning reproach, as though we had been weak. Howbeit whereinsoever any is bold, (I speak foolishly,) I am bold also.  22 Are they Hebrews? so am I. Are they Israelites? so am I. Are they the seed of Abraham? so am I.  23 Are they ministers of Christ? (I speak as a fool ) I am more; in labours more abundant, in stripes above measure, in prisons more frequent, in deaths oft.  24 Of the Jews five times received I forty stripes save one.  25 Thrice was I beaten with rods, once was I stoned, thrice I suffered shipwreck, a night and a day I have been in the deep;  26 In journeyings often, in perils of waters, in perils of robbers, in perils by mine own countrymen,in perils by the heathen, in perils in the city, in perils in the wilderness, in perils in the sea, in perils among false brethren;  27 In weariness and painfulness, in watchings often, in hunger and thirst, in fastings often, in cold and nakedness.  28 Beside those things that are without, that which cometh upon me daily, the care of all the churches.  29 Who is weak, and I am not weak? who is offended, and I burn not?  30 If I must needs glory, I will glory of the things which concern mine infirmities.  31 The God and Father of our Lord Jesus Christ, which is blessed for evermore, knoweth that I lie not.  32 In Damascus the governor under Aretas the king kept the city of the Damascenes with a garrison, desirous to apprehend me:  33 And through a window in a basket was I let down by the wall, and escaped his hands. 12:1 It is not expedient for me doubtless to glory. I will come to visions and revelations of the Lord.  2 I knew a man in Christ above fourteen years ago, (whether in the body, I cannot tell; or whether out of the body, I cannot tell: God knoweth;) such an one caught up to the third heaven.  3 And I knew such a man, (whether in the body, or out of the body, I cannot tell: God knoweth;)  4 How that he was caught up into paradise, and heard unspeakable words, which it is not lawful for a man to utter.  5 Of such an one will I glory: yet of myself I will not glory, but in mine infirmities.  6 For though I would desire to glory, I shall not be a fool; for I will say the truth: but now I forbear, lest any man should think of me above that which he seeth me to be, or that he heareth of me.  7 And lest I should be exalted above measure through the abundance of the revelations, there was given to me a thorn in the flesh, the messenger of Satan to buffet me, lest I should be exalted above measure. 8 For this thing I besought the Lord thrice, that it might depart from me.  9 And he said unto me, My grace is sufficient for thee: for my strength is made perfect in weakness. Most gladly therefore will I rather glory in my infirmities, that the power of Christ may rest upon me.

KJV Luke 8:4 And when much people were gathered together, and were come to him out of every city, he spake by a parable:  5 A sower went out to sow his seed: and as he sowed, some fell by the way side; and it was trodden down, and the fowls of the air devoured it.  6 And some fell upon a rock; and as soon as it was sprung up, it withered away, because it lacked moisture.  7 And some fell among thorns; and the thorns sprang up with it, and choked it.  8 And other fell on good ground, and sprang up, and bare fruit an hundredfold. And when he had said these things, he cried, He that hath ears to hear, let him hear. 9 And his disciples asked him, saying, What might this parable be?  10 And he said, Unto you it is given to know the mysteries of the kingdom of God: but to others in parables; that seeing they might not see, and hearing they might not understand. 11 Now the parable is this: The seed is the word of God. 12 Those by the way side are they that hear; then cometh the devil, and taketh away the word out of their hearts, lest they should believe and be saved. 13 They on the rock are they, which, when they hear, receive the word with joy; and these have no root, which for a while believe, and in time of temptation fall away. 14 And that which fell among thorns are they, which, when they have heard, go forth, and are choked with cares and riches and pleasures of this life, and bring no fruit to perfection. 15 But that on the good ground are they, which in an honest and good heart, having heard the word, keep it, and bring forth fruit with patience.
Posted by Ichabod the Glory Has Departed at 7:39 AM