The Hymn # 110     Across the Sky the Shades of Night
The Confession of Sins
The Absolution
The Introit p. 16

O Lord, our Lord, how excellent is Thy name in all the earth: who hast set Thy glory above the heavens. What is man that Thou art mindful of him: and the Son of Man that Thou visitest Him? Psalm. Thou, O Lord, art our Father and our Redeemer: Thy name is from everlasting.

The Gloria Patri
The Kyrie p. 17
The Gloria in Excelsis
The Salutation and Collect p. 19

Almighty and everlasting God, from whom cometh down every good and perfect gift, we give Thee thanks for all Thy benefits, temporal and spiritual, bestowed upon us in the year past, and we beseech Thee of Thy goodness, grant us a favorable and joyful year, defend us from all dangers and adversities, and send upon us the fullness of Thy blessing; through Jesus Christ, Thy Son, our Lord, who liveth, etc.

All the ends of the earth have seen the salvation of our God: make a joyful noise unto the Lord, all the earth.

V. The Lord hath made known His salvation: His righteousness hath He openly showed in the sight of the heathen. Hallelujah! Hallelujah!

V. God, who at sundry times and in divers manners spake in times past unto the fathers by the prophets: hath in these last days spoken unto us by His Son. Hallelujah! 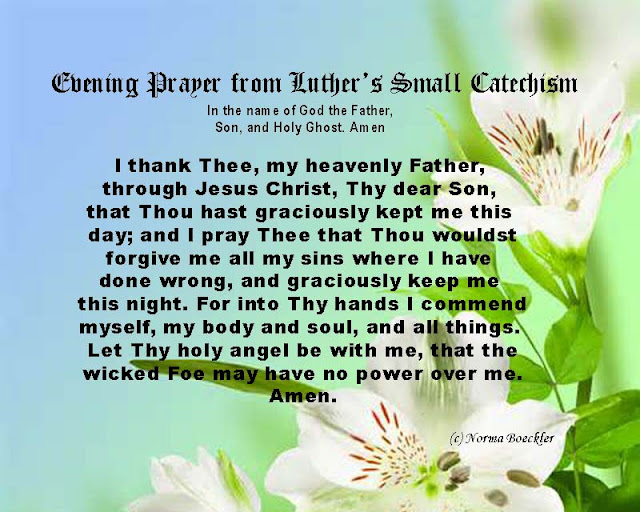 Prayers and Announcements
KJV Galatians 3:23-29 King James Version (KJV)
23 But before faith came, we were kept under the law, shut up unto the faith which should afterwards be revealed.
24 Wherefore the law was our schoolmaster to bring us unto Christ, that we might be justified by faith.
25 But after that faith is come, we are no longer under a schoolmaster.
26 For ye are all the children of God by faith in Christ Jesus.
27 For as many of you as have been baptized into Christ have put on Christ.
28 There is neither Jew nor Greek, there is neither bond nor free, there is neither male nor female: for ye are all one in Christ Jesus.
29 And if ye be Christ's, then are ye Abraham's seed, and heirs according to the promise.
KJV Luke 2:21 King James Version (KJV)
21 And when eight days were accomplished for the circumcising of the child, his name was called Jesus, which was so named of the angel before he was conceived in the womb. 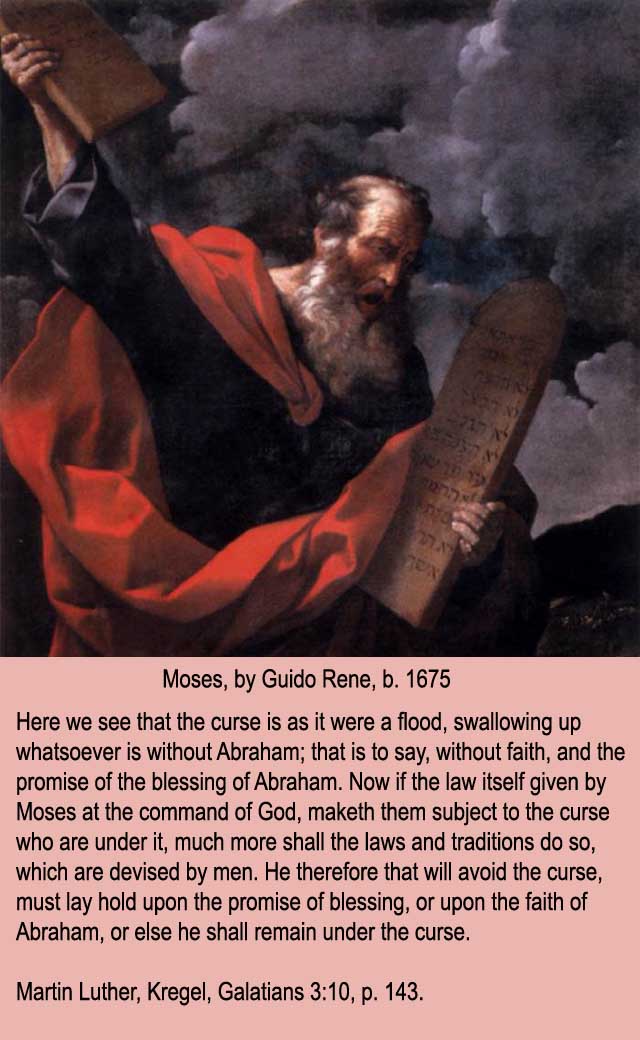 KJV Galatians 3:23 But before faith came, we were kept under the law, shut up unto the faith which should afterwards be revealed.
Paul's analogy is very good, because we all think of ourselves as under the Law as children. And parents think that of children as well. Every request for us Jackson kids to do something was met by a whiny, "Do we have to?" The response was usually forceful and loud.
Paul uses the situation of a a child who would be heir of the estate. Even though he is the future overlord, the tutor is still the one who administers the law to him. The child can remain a minor - many rich children do. The tutor goes away or the child keeps him as a shield, a go-between, someone who cleans up messes and erases evidence.
God did not keep the Gospel Promises from Israel. They are all through the Books of Moses, the Prophets, and the Writings. However, many refuse to see this, or they emphasize the prophets condemning sin while ignoring the Promise of the Messiah and His blessings. Jeremiah is so forceful in his denunciations that a "jeremiad" is the name for a lengthy tirade against something. However, one of the most beautiful Gospel passages is in Jeremiah.

KJV Jeremiah 31 Behold, the days come, saith the Lord, that I will make a new covenant with the house of Israel, and with the house of Judah:
32 Not according to the covenant that I made with their fathers in the day that I took them by the hand to bring them out of the land of Egypt; which my covenant they brake, although I was an husband unto them, saith the Lord:
33 But this shall be the covenant that I will make with the house of Israel; After those days, saith the Lord, I will put my law in their inward parts, and write it in their hearts; and will be their God, and they shall be my people.
34 And they shall teach no more every man his neighbour, and every man his brother, saying, Know the Lord: for they shall all know me, from the least of them unto the greatest of them, saith the Lord: for I will forgive their iniquity, and I will remember their sin no more.

3:24 Wherefore the law was our schoolmaster to bring us unto Christ, that we might be justified by faith.

Some people are so contrary that they read this as the Law becoming obsolete (Antinomians, anti-Law). One pastor who preached this also denied the Creation - and soon he was an avowed atheist as well.

But the truth is the opposite of what the false teachers say. The Law is eternal, revealed clearly in Creation, where everything happens by command, order, cooperation, according to the will of God and the command of the Logos.

Besides, the Law commands what is good for us. However, Paul wrote to the Galatians, who were mixing the Law and the Gospel, as urged by the Law salesmen. His apostolic letter was so forceful that the issue did not come up again.

The Law teaches us about right and wrong, so we can realize what it means to be forgiven and to live in peace because of faith in Christ Jesus.

25 But after that faith is come, we are no longer under a schoolmaster. 26 For ye are all the children of God by faith in Christ Jesus.
This is so easy to picture. We are children when under a tutor, babysitter, teacher in school. But through the Gospel we are children of God by faith in Christ Jesus.
This means moved by the Gospel rather than ordered by the Law. I often hear, "You don't have to do this." and I say, "True. I want to do this. Almost everything I do is because I want to - except paying taxes. The government helps me with that."
27 For as many of you as have been baptized into Christ have put on Christ. 28 There is neither Jew nor Greek, there is neither bond nor free, there is neither male nor female: for ye are all one in Christ Jesus. 29 And if ye be Christ's, then are ye Abraham's seed, and heirs according to the promise.
The distinctions made by man do not apply to God's family, where we are one. Although many rules and restrictions make us under the law, the Gospel means we can emphasize what is eternal rather than what is transient.
An M.D. wrote a book about a time when the American Bible Society created a secretive revised KJV, with thousands of changes - and this was decades before the official KJV revision of 1881. No one asked them to create it. They had no directions in their Protestant-Roman Catholic organization to do that. But they did. A few leaders got together and opposed it, so it was dropped and almost forgotten.
That might be a footnote in history, but it is an important one, standing up for the truth of the Word of God.
We can remember the hurts, reverses, sorrows, tragedies of life. More importantly, the Gospel generates forgiveness, blessings, the fruits of the Spirit, which begin with 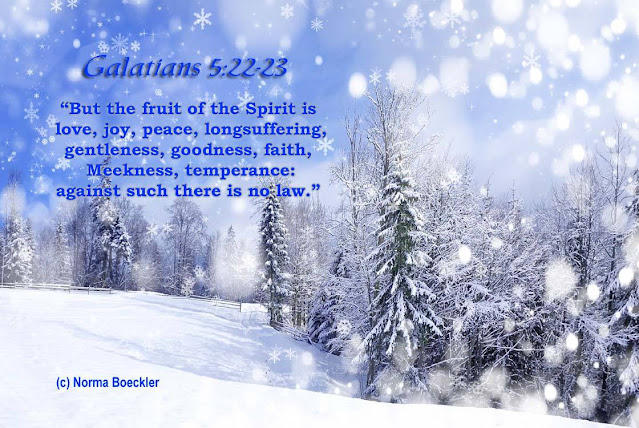 Posted by Ichabod the Glory Has Departed at 4:33 PM