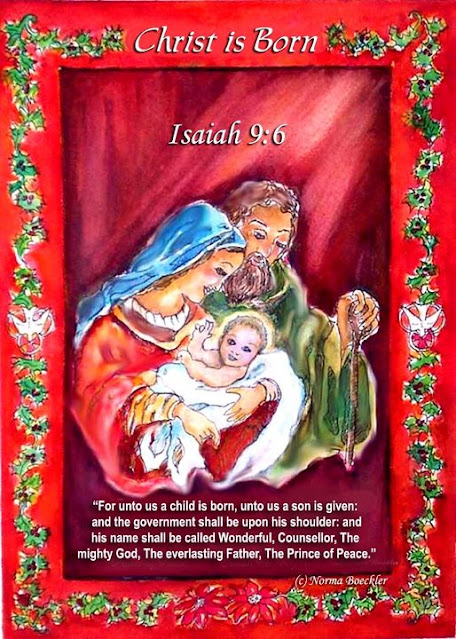 And So It Had To Be 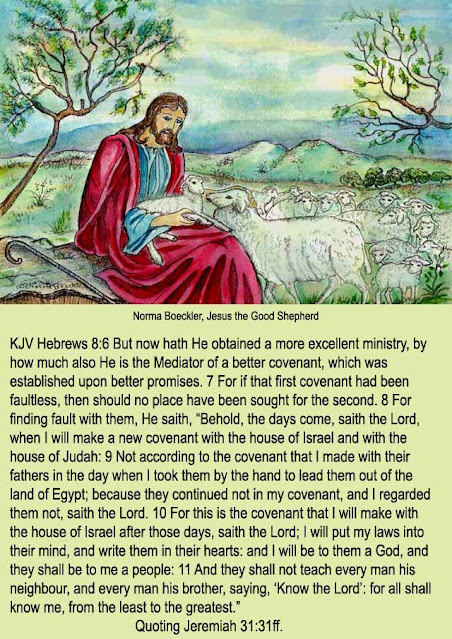 Announcements and Prayers
And So It Had To Be
When Adam and Eve were expelled from Paradise, they were promised difficulties in childbirth and raising food, but also the Savior who would defeat Satan. People brush past that first Gospel Promise, but Eve believed it and saw her first-born male child as the Savior - "I have begotten a male child - the Savior." Genesis 4:1 - seldom translated that way.
Abraham and Sarah were promised their own son, at hard to believe ages. Why not earlier? Because that would have diminished the miracle. Sarah laughed and denied it, so they named the boy Isaac, or Chuckles. It was, like many names, close to the explanation. We do that today, bending a name for interest or humor. Sarah denied laughed at the promise - "But you did."

Abraham was commanded to sacrifice that child, because it was God's will. This eloquently portrayed what would happen when God gave His only-begotten Son, and the Son obeyed. The anguish on the human side was established in the earliest of days, a foreshadowing of the Atonement. And God gave Abraham a substitute, a ram, for the sacrifice, but the only-begotten Son Jesus was the substitute on the cross, the substitute for all of us.
God stated, through Isaiah, that a Virgin would conceive and bear a child who was and is God. God predicted this again in Isaiah 9. And the public ministry of Jesus began exactly as predicted in Isaiah 40 - John the Baptist serving as the voice crying in the wilderness, Prepare ye the way of the Lord."
But those predictions were not as clear as they might have been, people would say. The work of a preacher or teacher is a lot like that of a nature hike guide or gardener, pointing those things from Creation that are present but not easily identified by everyone. My neighbor said, "I saw those Joe Pye Weeds at the nature center. I live next to a nature center."
Like the Fall in Eden, the good was mixed with anguish.
It had to be. God willed it and predicted it, and to prove their point of how blind and hardened they are, the apostates had to write books about Jesus being only a man and miracles being illusions and
the resurrection "not important" (future Disciples lady minister).
Jesus should have won an  enormous following but the very men trained to know the Scriptures were alarmed at His supposed violations. Off all the teachers, Luther picked out the key reason - Jesus taught the righteousness of faith in Him, not the righteousness of man's own works. That only came because God became man to teach us in the flesh, to show us compassion and faith in the perfect, sinless, Son of God.
Jesus rocked the establishment on religious grounds because He seemed to threaten Rome and Pharisaic Judaism. That was not true, that the threat came from Him, but they felt the threat. And they made it come true from their blindness.
The priesthood stopped with the fall of the great Temple and the King of Righteousness was recognized (Hebrews 7) as Melchizedek. The Temple had to fall and the Roman Empire had to collapse. And so it had to be. The prophet Daniel predicted this, and naturally, people disallow such prophecy as being true.
This perfect God-man spent three years establishing the communities of faith through miracles and the Gospel. He had only a small following after His Resurrection and Ascension. He sent them out as sheep among wolves, and they were persecuted and slaughtered for teaching the truth. It had to be - because persecution spread the Christian Faith across the world, a mixture of blessings and miracles, anguish and suffering. So it had to be then, and so it continues today.
Believers look at the Promises, the Blessings, the miracles. So it must be, because the Truth given to us by God takes us above material things and shows us how He can take the greatest evil and turn it into the greatest good, as He did with the crucifixion of His only Son. 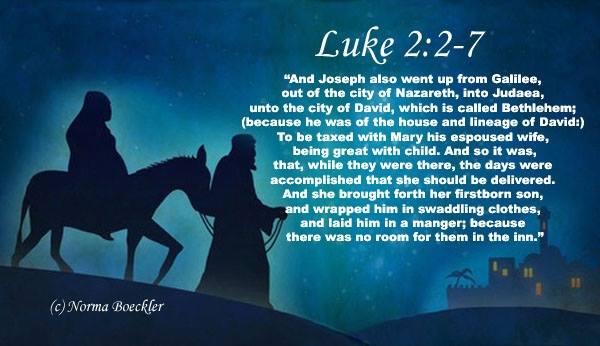 Posted by Ichabod the Glory Has Departed at 4:18 PM