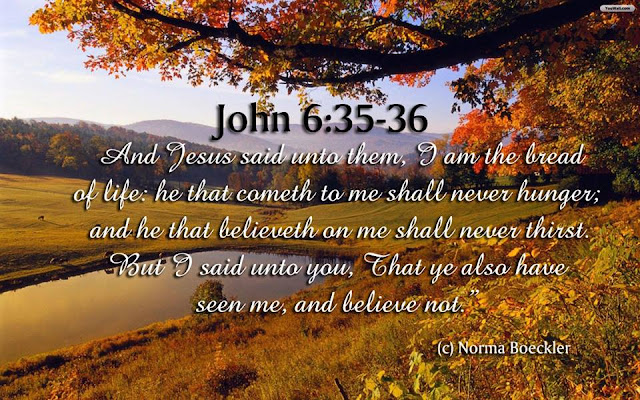 Vimeo link
Bethany Lutheran Church
Maundy Thursday Holy Communion
7 PM Central
Pastor Gregory L. Jackson
Link after the service
The melodies are linked in the hymn name.
The lyrics are linked in the hymn number.
The Hymn #342             Chief of Sinners
The Confession of Sins
The Absolution
The Introit p. 16
The Gloria Patri
The Kyrie p. 17
The Gloria in Excelsis
The Salutation and Collect p. 19
The Epistle and Gradual
The Gospel
Glory be to Thee, O Lord!
Praise be to Thee, O Christ!
The Nicene Creed p. 22
The Sermon Hymn #371      Jesus Thy Blood
Faith Based on God's Actions
Communion Hymn #305   Soul Adorn Thyself - vss. 1-5
The Preface p. 24
The Sanctus p. 26
The Lord's Prayer p. 27
The Words of Institution
The Agnus Dei p. 28
The Nunc Dimittis p. 29
The Benediction p. 31
The Hymn #657             Beautiful Savior 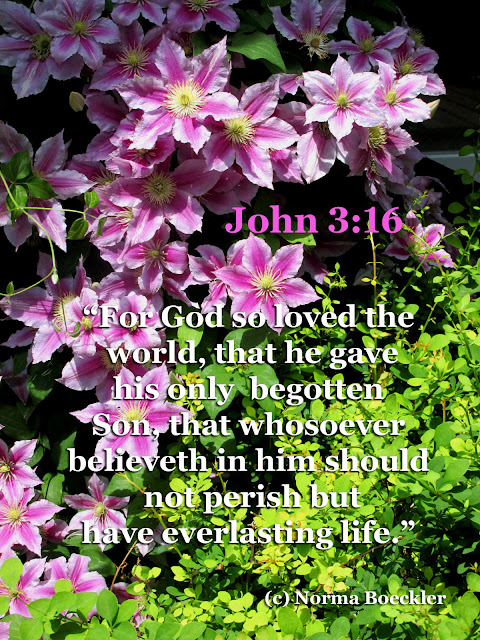 Prayers and Announcements
1 Corinthians 11
23 For I have received of the Lord that which also I delivered unto you, that the Lord Jesus the same night in which he was betrayed took bread:
24 And when he had given thanks, he brake it, and said, Take, eat: this is my body, which is broken for you: this do in remembrance of me.
25 After the same manner also he took the cup, when he had supped, saying, this cup is the new testament in my blood: this do ye, as oft as ye drink it, in remembrance of me.
26 For as often as ye eat this bread, and drink this cup, ye do shew the Lord's death till he come.
27 Wherefore whosoever shall eat this bread, and drink this cup of the Lord, unworthily, shall be guilty of the body and blood of the Lord.
28 But let a man examine himself, and so let him eat of that bread, and drink of that cup.
29 For he that eateth and drinketh unworthily, eateth and drinketh damnation to himself, not discerning the Lord's body.
30 For this cause many are weak and sickly among you, and many sleep.
31 For if we would judge ourselves, we should not be judged.
32 But when we are judged, we are chastened of the Lord, that we should not be condemned with the world. 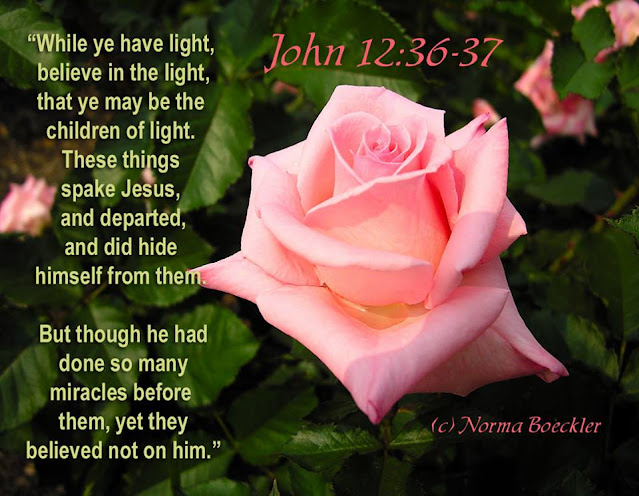 John 13
Now before the feast of the passover, when Jesus knew that his hour was come that he should depart out of this world unto the Father, having loved his own which were in the world, he loved them unto the end.
2 And supper being ended, the devil having now put into the heart of Judas Iscariot, Simon's son, to betray him;
3 Jesus knowing that the Father had given all things into his hands, and that he was come from God, and went to God;
4 He riseth from supper, and laid aside his garments; and took a towel, and girded himself.
5 After that he poureth water into a bason, and began to wash the disciples' feet, and to wipe them with the towel wherewith he was girded.
6 Then cometh he to Simon Peter: and Peter saith unto him, Lord, dost thou wash my feet?
7 Jesus answered and said unto him, What I do thou knowest not now; but thou shalt know hereafter.
8 Peter saith unto him, Thou shalt never wash my feet. Jesus answered him, If I wash thee not, thou hast no part with me.
9 Simon Peter saith unto him, Lord, not my feet only, but also my hands and my head.
10 Jesus saith to him, He that is washed needeth not save to wash his feet, but is clean every whit: and ye are clean, but not all.
11 For he knew who should betray him; therefore said he, Ye are not all clean.
12 So after he had washed their feet, and had taken his garments, and was set down again, he said unto them, Know ye what I have done to you?
13 Ye call me Master and Lord: and ye say well; for so I am.
14 If I then, your Lord and Master, have washed your feet; ye also ought to wash one another's feet.
15 For I have given you an example, that ye should do as I have done to you. 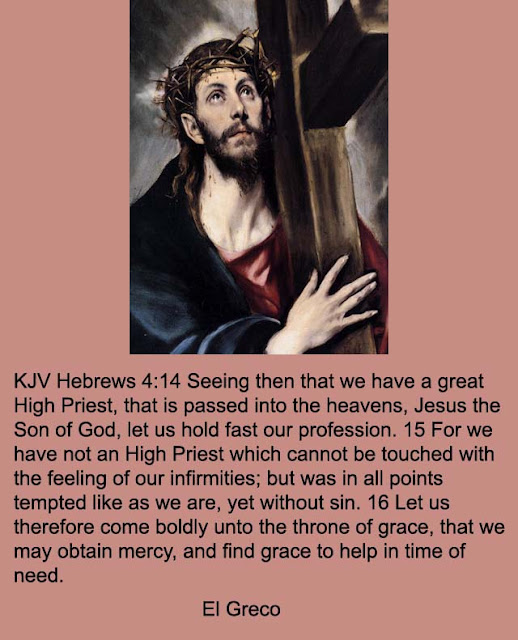 Faith Based on God's Actions
1 Corinthians 11:23
So many people want to turn Christianity into a philosophy, borrowing from various intellectuals of the past, down to Aristotle and Plato. The trouble with that foundation is the need to agree with the ancient or modern wise person rather than basing everything on the Word of God itself.
St. Paul, following the four Evangelists, did not start with a philosophy but with an action, one with a specific date and place. When did this happen - On the night in which He was betrayed. Where? - In the upper room. Who was there as witnesses? - The disciples.
How did Paul know all this - because the disciples were witnesses and participants. When? - During Passover, which is by itself a major holy day.
The Old Testament is based upon everything God did, from the Creation to that time between Testaments. The Exodus is the pivotal point, often elaborated upon in the Gospel of John.
Before that, Abraham's faith was shown in his trust in God to give him a son, and his faith in a kingdom that would never stop growing - the Kingdom of God, with members as numerous as the stars in the sky. These were all actions by God for humanity, for those who would listen to what the Almighty has done in the past and proof for the future.
One writer about the KJV pointed out that hardly anyone can read the Old Testament in its original language, so God gave the foundation of the Bible to a world where that language would be overwhelmed by the Scriptures in many other languages. That proved to be even more overwhelming with Greek, a language very few people know or read - especially the pastors, professors, and synodical presidents.
Britain's conquest of the world brought Christianity to every corner and the KJV with it. The British were not angels in how they conducted themselves, but they gave the entire world a path to freedom.
Rome's conquests played a part in spreading Christianity, too. They paved 50,000 miles of road, some of it still be used. They had modest sea journeys. Both were significant in making the world open up to Rome and to Christianity.
The sincere believers always created and translated Bibles to be used, studied, and preserved in every language. The heretic Bibles were very scarce, so much that people invented fake ones, like Vaticanus and Sinaiticus to fill the void.
So we can see here that Jesus' actions were something to be repeated far into the future. He blessed the elements, similar to the  Feeding of the Multitudes, which by itself teaches us that God can infinitely provide the Body of Christ and His blood. The miracles go together and go back the the Bread of Life from heaven, the manna.
These are all things we can visualize, which is why Christian art is so powerful. They may have attracted symbols, but they are primarily the actions of God.
This is what the Son of God did, and we have certainty, because the miracles and teachings and actions go together of one purpose - to plant faith in us, growing in that faith, and bearing fruit because of that faith.
Romans 5 Therefore being justified by faith, we have peace with God through our Lord Jesus Christ:
2 By whom also we have access by faith into this grace wherein we stand, and rejoice in hope of the glory of God. 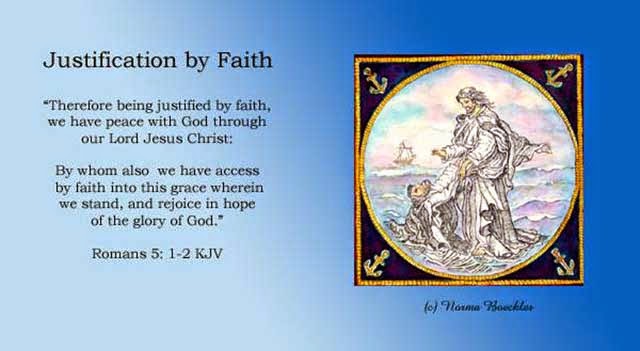 Posted by Ichabod the Glory Has Departed at 4:04 PM