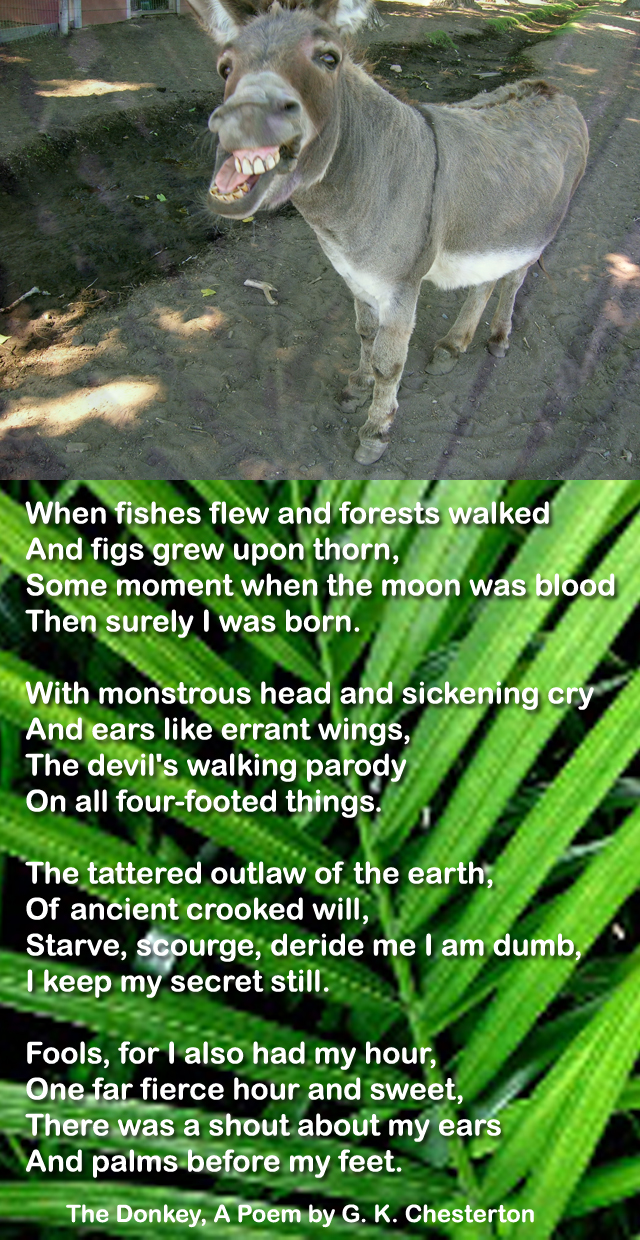 The Donkey -
a poem by G.K. Chesterton


WHEN fishes flew and forests walked
And figs grew upon thorn,
Some moment when the moon was blood
Then surely I was born.


With monstrous head and sickening cry
And ears like errant wings,
The devil's walking parody
On all four-footed things.


The tattered outlaw of the earth,
Of ancient crooked will,
Starve, scourge, deride me I am dumb,
I keep my secret still.


Fools, for I also had my hour,
One far fierce hour and sweet,
There was a shout about my ears
And palms before my feet.


KJV John 12:13 Took branches of palm trees, and went forth to meet him, and cried, Hosanna: Blessed is the King of Israel that cometh in the name of the Lord. 14 And Jesus, when he had found a young ass, sat thereon; as it is written, 15 Fear not, daughter of Sion: behold, thy King cometh, sitting on an ass's colt. 16 These things understood not his disciples at the first: but when Jesus was glorified, then remembered they that these things were written of him, and that they had done these things unto him. 17 The people therefore that was with him when he called Lazarus out of his grave, and raised him from the dead, bare record. 18 For this cause the people also met him, for that they heard that he had done this miracle.

Posted by Ichabod the Glory Has Departed at 7:43 AM