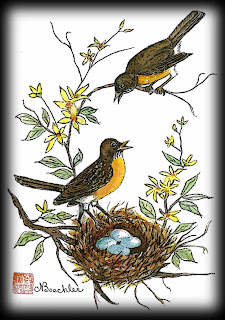 
The Hymn #462 I Love Thy Kingdom 4:21
The Confession of Sins
The Absolution
The Introit p. 16
The Gloria Patri
The Kyrie p. 17
The Gloria in Excelsis
The Salutation and Collect p. 19
The Epistle and Gradual
The Gospel
Glory be to Thee, O Lord!
Praise be to Thee, O Christ!
The Nicene Creed p. 22
The Sermon Hymn #123 O God Our Help 4:3

KJV 2 Corinthians 3:4 And such trust have we through Christ to God-ward: 5 Not that we are sufficient of ourselves to think any thing as of ourselves; but our sufficiency is of God; 6 Who also hath made us able ministers of the new testament; not of the letter, but of the spirit: for the letter killeth, but the spirit giveth life. 7 But if the ministration of death, written and engraven in stones, was glorious, so that the children of Israel could not stedfastly behold the face of Moses for the glory of his countenance; which glory was to be done away: 8 How shall not the ministration of the spirit be rather glorious? 9 For if the ministration of condemnation be glory, much more doth the ministration of righteousness exceed in glory. 10 For even that which was made glorious had no glory in this respect, by reason of the glory that excelleth. 11 For if that which is done away was glorious, much more that which remaineth is glorious.

KJV Mark 7:31 And again, departing from the coasts of Tyre and Sidon, he came unto the sea of Galilee, through the midst of the coasts of Decapolis. 32 And they bring unto him one that was deaf, and had an impediment in his speech; and they beseech him to put his hand upon him. 33 And he took him aside from the multitude, and put his fingers into his ears, and he spit, and touched his tongue; 34 And looking up to heaven, he sighed, and saith unto him, Ephphatha, that is, Be opened. 35 And straightway his ears were opened, and the string of his tongue was loosed, and he spake plain. 36 And he charged them that they should tell no man: but the more he charged them, so much the more a great deal they published it; 37 And were beyond measure astonished, saying, He hath done all things well: he maketh both the deaf to hear, and the dumb to speak.

Twelfth Sunday After Trinity
Almighty and everlasting God, who hast created all things: We thank Thee that Thou hast given us sound bodies, and hast graciously preserved our tongues and other members from the power of the adversary: We beseech Thee, grant us Thy grace, that we may rightly use our ears and tongues; help us to hear Thy word diligently and devoutly, and with our tongues so to praise and magnify Thy grace, that no one shall be offended by our words, but that all may be edified thereby, through Thy beloved Son, Jesus Christ, our Lord, who liveth and reigneth with Thee and the Holy Ghost, one true God, world without end. Amen.

KJV 2 Corinthians 3:4 And such trust have we through Christ to God-ward: 5 Not that we are sufficient of ourselves to think any thing as of ourselves; but our sufficiency is of God; 6 Who also hath made us able ministers of the new testament; not of the letter, but of the spirit: for the letter killeth, but the spirit giveth life.

Lenski:
“In Second Corinthians Paul bares his heart and his life as he does in none of his other letters. This lends a special value to the letter. Combined with this self-revelation is the wonderful way in which Paul reaches out to the Corinthians. He lets all the love of his heart speak, and its language is perfection. Paul’s psychological judgment of his readers never errs. His arms reach out. He touches the secret springs in his readers who certainly could not help but respond. Even the sterner tones in the last chapter voice this compelling love. These inward things that run through the entire letter deserve far more attention than they have received. Other apostles may have been like this, but none of them has left us a document which reveals this as does this one dictated by Paul. Second Corinthians is precious indeed.” Lenski, R. C. H.: The Interpretation of St. Paul's First and Second Epistle to the Corinthians. Minneapolis, MN. : Augsburg Publishing House, 1963, S. 804.


Second Corinthians is Paul’s defense of his ministry. Many people have concluded what was happening from Paul’s own comments. The religious opponents are illusive – we can only speculate. But clearly their attack was against Paul himself as not being adequate as an apostle. What remains is Paul’s response. From this we can see a deeply personal letter but also one which is universal and inspired by the Holy Spirit.

Some might question how a man with many flaws could write a letter and have Christians called it Scripture, inspired by God, inerrant and authoritative. The difference between Paul’s letters and many similar letters from the age is this – Paul was elected by God to be an apostle. Christ miraculously appeared to Paul and converted him through the Word. God chose Paul to be an extraordinary missionary and author.

Sceptics like to claim that Paul created the Christianity that we know, that without him there would have been no Christian church. They fail to note the miraculous growth of the Word before Paul was converted, recorded in Acts 1ff.

All this is dependent upon the foundation which Paul described here so well – the Word of God.

The Creating Word
Although this is almost universally neglected, the Scriptures teach that God’s power comes to us exclusively through the Word.

The Son of God Himself is the Logos (Word). When God created the universe in Six Days, the Logos was that creating Word. What Genesis 1 implies, John 1 teaches clearly:

KJV John 1:1 In the beginning was the Word, and the Word was with God, and the Word was God. 2 The same was in the beginning with God. 3 All things were made by him; and without him was not any thing made that was made. 4 In him was life; and the life was the light of men. 5 And the light shineth in darkness; and the darkness comprehended it not. 6 There was a man sent from God, whose name was John. 7 The same came for a witness, to bear witness of the Light, that all men through him might believe. 8 He was not that Light, but was sent to bear witness of that Light. 9 That was the true Light, which lighteth every man that cometh into the world. 10 He was in the world, and the world was made by him, and the world knew him not. 11 He came unto his own, and his own received him not. 12 But as many as received him, to them gave he power to become the sons of God, even to them that believe on his name: 13 Which were born, not of blood, nor of the will of the flesh, nor of the will of man, but of God. 14 And the Word was made flesh, and dwelt among us, (and we beheld his glory, the glory as of the only begotten of the Father,) full of grace and truth. 15 John bare witness of him, and cried, saying, This was he of whom I spake, He that cometh after me is preferred before me: for he was before me. 16 And of his fulness have all we received, and grace for grace. 17 For the law was given by Moses, but grace and truth came by Jesus Christ. 18 No man hath seen God at any time; the only begotten Son, which is in the bosom of the Father, he hath declared him.

John 1:3 All things were made by him; and without him was not any thing made that was made.

This clearly identifies Jesus, the Son of God, with the Creation of the entire universe. We cannot separate any feature or any detail—plant, mineral, star, animal, human—from the work of Jesus and the power of the Word.

What God declares, happens. There is no gulf between the will of God and the Word of God.

Sadly Lacking
What is sadly lacking today is a confidence in this power remaining in the Word of God. This has come about through neglect. Instead of teaching against this doctrine, the church leaders simply ignore it. That allows people to wander around in confusion.

The efficacy of the Word alone is taught throughout the Old Testament and is well known in Judaism. Among conservative Jews, the doctrine has inspired many stories, including the word of the rabbi.

Luther always taught the efficacy of the Word alone, but the other Protestants broke with him about this Biblical doctrine – Zwingli, Calvin, and the radicals who came to be associated with the Mennonites and Baptists.

And such trust have we through Christ to God-ward.

English changes. Today we would say – through Christ toward God, but I like the old structure, which reminds us of where toward came from.

Paul saw that the attack was against him, but he was not representing his ministry as his own but the ministry of the Word. He had nothing to offer on his own, so that was not his argument at all.

Paul’s sufficiency came from God. This is not a vague term, but one which is very clear in the next verses.

Any variation is called Enthusiasm by the Book of Concord, and Enthusiasm is roundly condemned.

6 Who also hath made us able ministers of the new testament; not of the letter, but of the spirit: for the letter killeth, but the spirit giveth life.

God chose Paul to be an able minister (servant) of the Spirit – a minister of the Word. Another variation on this is – stewards of the mysteries of God. What God reveals in the Scriptures is not subject to man’s judgment. The Trinity does not need to appeal to man’s logic – it is a mystery revealed by God. The Creation may be tough to imagine, but that does not mean God is incapable because of man’s limitations.

The Holy Spirit works through the Law to create Godly sorrow in the hearts of listeners.

Luther emphasized most of us that people failed to trust in God’s Word – the greatest sin of all. People imagine the gross, carnal sins, but they are symptoms of man’s rebellion against the Word.