Mid-Week Lenten Service, Because We Are Not an Emerging Church, 7 PM Central Daylight Time 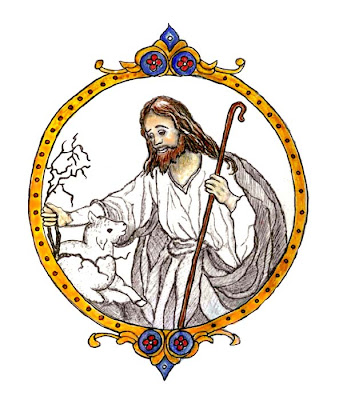 The Sermon – Bearing the Sins of the World

Bearing the Sins of the World

The reading for tonight has a great contrast in it, the three-fold denial of Peter and the steadfastness of Jesus during His trial. In a sense it was a dual trial. Peter was accused outside of being a follower of Jesus. He denied it three times, as Jesus had predicted.

Jesus’ trial was a farce because He committed no sin and was no threat against the Roman Empire. Nevertheless, there was a constant effort to make sure He was guilty of something, even when He answered quietly.

During the time that Jesus was on trial for His life, Peter was disassociating himself from Jesus.

Peter’s real trial was an emotional one. He was afraid and he answered out of fear. Even though he clearly marked himself as a Galilean by his accent, he was not arrested or hurt in any way. Not at that time.

Jesus trial was emotional and physical, because the attacks were directly against Him and it included a slug in the face.

When people complain about bearing the cross, as we all do, we should remember that it includes being slugged in the face, as Luther said. He meant, I am sure, there is nothing too low to use against an individual for adhering to the pure Word.

That is the contrast we have to live with. On the one hand, wolf-preaching is rewarded in every possible way. The more someone slays the souls of his followers—with false doctrine and various forms of predation—the more that person is praised, supported, honored by society.

One minister reported how his children offered to give him money from their piggy-banks when he was short. He mentioned that to a church member and the story became one where he was stealing money from his children’s piggy banks. That is being slugged in the mouth.

In the book and movie, One Foot in Heaven, people wanted to get rid of the minister, so they told people that a girl left town after the minister’s son got her in a family way, as they said in those days. That was a slug in the mouth. The minister tracked down the rumor-mongers and straightened them out. Next someone gave large donation to a church college so they would hire the minister away. What seemed like an honor turned out to be an insult, so the happiness first created was turned into a very bitter feeling. Unlike many clergy, the minister was against using money to dissolve his conscience.

The examples are given because our first reaction to that sort of effort, by seeming members of the church, is shock. Why should a believer get slugged in the mouth by another believer? The answer is – bearing the cross means that and more, because Jesus Himself accepted humiliation, torture, and death on our behalf.

Whenever we share a tiny bit of Jesus’ experience of the cross, we understand a little more about the Passion of Christ. And we have a little more empathy for those who are being persecuted, tortured and killed for their Christian faith – all across the world right now.

The extensive Passion narrative tells us that Jesus suffered every single horrible, human experience – the silence, fear, and escape of His disciples, the physical pain of His beating and crucifixion, the humiliating taunts of the soldiers and the crowd. He was taunted to prove His power, which we would have used ourselves. But He withheld that power, to fulfill the Scriptures and take away our sins.

Nothing we experience is alien to what Jesus already has done for us, and He suffered without being a sinner. This contrast has always been the strength of Christian martyrs, who knew that anything they did paled in comparison with what Christ suffered, including death.

The Christian experience of the cross helps us understand the Atoning death of Christ and trust in its power.

Redemption means that Christ has already paid the price for our sins with His innocent blood. That knowledge, revealed by the Holy Spirit through the Word, fills us trust in the love and mercy of God.

Posted by Ichabod the Glory Has Departed at 4:23 PM