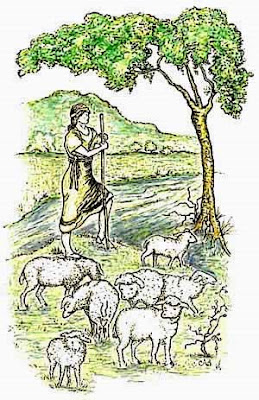 The Sermon – Confession and Betrayal

In the lesson for tonight, from The Lutheran Hymnal’s Passion Harmony, we have the contrast of confession and betrayal.

Overall the disciples display their human weakness in being afraid, timid, silent, and ready to run. That should not be alien to us, because we all go through the same experiences in various ways, especially in relationship to the faith.

The disciples were not lost to Jesus. They were strengthened and sent out after His resurrection and ascension. There is a difference between them and Judas.

Judas lost his faith altogether. Various motivations are offered for Judas, including his desire to force a Messianic battle between Jesus and the Romans. His secondary name “Iscariot” may be a clue. There was also a “Simon the Zealot.” A lot is made of those associations with the future revolt against Rome.

Such ideas make for interesting books, but no enough is known to say the disciples included potential members of the Zealot revolt. We do know the Jews clobbered the Romans in one battle, and that made them think they could drive Rome out of Israel. The final result, about 40 years after the resurrection, was the destruction of Jerusalem, followed by another revolt and destruction many decades later (Bar Kochba Revolt).

The key spiritual issue is the loss of faith by Judas. He became an unbeliever and betrayed Christ for some silver coins. Ever since the name of Judas has been associated with betrayal of a friend. Everyone knows a Judas is a someone who will betray his own friend for money.

A Judas goat is the animal trained to lead sheep up to the conveyance that will take them to the slaughterhouse. The Judas goat walks up the ramp and down again. The sheep walk up and wonder what happened to their friend the goat.

The disciples were weak in their faith, but that is true of us all. Weak in faith does not mean lacking in virtue, lacking in merit. It means not trusting God in all things. Jesus said, more than once, “O you of little faith!” And yet, even a weak faith receives the blessings of the Gospel.

Someone who is weak in faith may be strengthened by many different trials.

The worst are those when a supposed friend is willing to be a Judas for a better position in the church. Or that person may gain the approval of others for behaving that way. There is a reason we are compared to sheep so many times in the Scriptures. “All we like sheep have gone astray, each to his own way.”

If we give up on the Gospel because of the weakness of man, we are even weaker than those who seem to be belly-servers (Romans 16:25) at the time. The Gospel has such a powerful effect that the moment it takes root and provides a blessing to people, Satan rushes in to exterminate it and drive the flock away.

Wolves from the outside and the inside scatter and devour the flock. But there are remedies.

Church leaders are often wolves rather than shepherds. Their job is to drive the predators away from the flock and feed the flock with the Word. The Gospel Promises are the green pastures (Psalm 23) but the Word is also a sword and shield, protection against the evil foe.

Lupine leaders do not do their jobs. Oddly enough, the big, old, mainline churches call their leaders “bishop,” a good title, and fit them with a shepherd’s crook, a perfectly good symbol of the office. They parade as overseers (bishop in Greek) and shepherds (pastor in Latin) but they betray Christ in their daily conduct.

The betrayal of those people over there should be no comfort to us over here. The same tendencies are found everywhere.

When people trust in gimmicks rather than the Gospel, is that not also a betrayal like that of Judas? When they silence anyone who questions their betrayal, is that any different from the leaders who shouted “Crucify Him! Crucify Him!”?

There is an enormous gap between being weak in faith and showing our sinful timidity and being bold in denial of the truth. Those who deny the Gospel even while they claim the Gospel, are always bold, proud, stubborn, and unwilling to bend.

The weak in faith “tremble at God’s Word” instead of the bishop’s crook. They know their shortcomings and confess them. They ask for guidance. They seek and find comfort in the Word of God and His promise of forgiveness in Christ.

Jesus came to seek the lost, to heal the wounded, to lead His flock, those who hear His voice and rejoice at its sound. He knows His own and they know Him. He leads them to the paths of righteousness, through faith in Him.
Posted by Ichabod the Glory Has Departed at 4:39 PM