Z - He Lives. Doug Lindee on Eldona.
Intrepid Lutherans: Impressions from My Visit with ELDoNA at their 2013 Colloquium and Synod – PART V.1 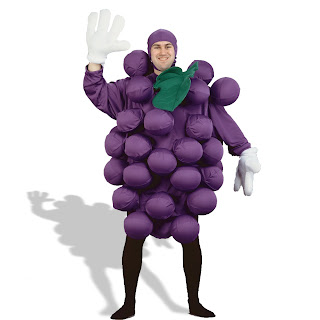 Intrepid Lutherans: Impressions from My Visit with ELDoNA at their 2013 Colloquium and Synod – PART V.1:


Impressions from My Visit with ELDoNA at their 2013 Colloquium and Synod – PART V.1

This post begins the final “part” of my series on “Impressions from My Visit with ELDoNA at their 2013 Colloquium and Synod.” Intending, initially, to have this completed by June 21, the priorities of life again interposed, preventing me from completing Part V as I had intended. Nevertheless, working at it here and there as time allowed, I continued to make slow progress. I don't know how many may have been getting impatient, but I do know that our own Intrepid Lutheran editors have been asking me, “How much longer? How much longer!” To which I've replied, “Just a little bit longer...”. Yes... both I and they were thinking in terms of time, while I lost sight of page count. When my personal editor fell asleep while proof reading its 20+ pages... I knew it was too long for a single post. Hence, “This post beginsthe final ‘part’...” which is itself split into five manageable chunks, scheduled to post today through Wednesday. Reviews of several of the papers will begin with the section scheduled to post on Monday.

Christian Scholarship
Over the decades, I have taken in a great deal of Christian scholarship. Though I was raised an Evangelical, my parents were anything but ambivalent regarding the teachers and teaching to which they exposed themselves and their children, so much of it was of very high quality and quite edifying. I learned from my parents that, regarding the spiritual food we ingest, “you are what you eat”, that the only healthy food for the Christian is that which comes from the one and only pure source of such food, the Holy Scriptures – i.e., “by every word which proceeds from the mouth of God” – and that the only healthy way to receive it is expositionally from the text itself. I further learned from them that, just like earthly royalty are accompanied to dinner by taste testers, to make sure their food is not poisoned, so also do divine royalty – the children of God – require that the spiritual food they take in be tested, not after they have ingested it, but as it is being served to them, before they have ingested it. As a nobleman cannot merely trust his cook or his servers just because he knows them, or because the food they give him looks and tastes good, it is not enough for the Christian to merely trust a man who mounts a pulpit or a lectern just because he is a “good man,” or because he speaks in a way that pleases the ears. This means that the Christian's constant companion must be his own trusted Bible – especially as he walks into a church sanctuary or a lecture hall. With his own well-used, long-studied and trusted Bible open in front of him, he follows every word as it is read, and tests the speaker's handling of those words (Of course, a faulty Bible, like the NIV 2011 – one with deliberately imprecise terminology and a grammatical form bearing no resemblance to that of the original texts whatsoever, being rendered into English according to the dictates of contemporary worldly mores, particularly that of radical feminism and its call for the relaxation of sexual standards to achieve so-called sexual equality – is like hiring one's enemy to be his taste-tester; it is not to be trusted!).

These principles have served me well over the years. With decades of at least weekly, and many years of daily, testing Scriptural claims, this practice has become for me now almost second nature; and it was responsible for bringing me out of the doctrinal ambiguity characteristic of pop-church Evangelicalism, and into the meticulous doctrinal integrity, certainty and clarity of the Lutheran Confession.

While I was finally catechized into confessional Lutheranism by a WELS pastor, no Lutheran pastor brought me to Lutheranism. The Bible itself brought me to a point of being willing to accept the unique doctrinal claims of genuine Lutheranism. And the first book I bought as a serious investigation of those claims was the Second English Edition of Heinrich Schmid's Doctrinal Theology of the Evangelical Lutheran Church (1889) – the first English Edition which was published following Schmid's final (6th) German Edition, and which was enhanced with annotations from the personal copy used by C.P. Krauth and from the suggestions of English-speaking Lutheran seminary students and professors who had been using the First English Edition for over a decade. (Following the Second English Edition, the translators/editors – Hay and Jacobs – published a series of redacted editions. The Augsburg reprint of the 1960's is from the redacted Third English Edition.). I saw it on a shelf in the basement of a used bookstore, not knowing what a prize it really was. “Oh,” I thought to myself, “I didn't know there were Lutherans who were Evangelicals! – and look!, not only that, here is what appears to be a fully worked out system of theology! There's actually an Evangelical theology! And it's old, too ...so it's got to be good. Better than the worthless stuff Lutherans are producing today.” What I didn't know was that the 19th Century wasn't necessarily a good era for Lutheranism, either – particularly in Europe. So, with that kind of reasoning, I got very lucky finding this edition of Schmid (which is an historical work, reconstructing, in a single volume, Lutheran doctrinal theology from the Age of Lutheran Orthodoxy, ~1580-1730) – or, more accurately, the Lord was looking out for me. I had “devised my course,” but He was most certainly guiding my footsteps (Pr. 16:9, 20:24), chastising, teaching, correcting and protecting me along the way. As I've recounted on this blog before, reading through Schmid's Doctrinal Theology literally brought tears of joy to my eyes. After years of struggling to develop my own personal theology from my own diligent study of Scripture, I discovered that the Evangelical Lutherans had worked out a very rigorous theological system that descended directly from the very words of Scripture. It was passed neither through philosophical preconceptions in order to reach “reasonable conclusions,” nor was it subjected to “spiritual intuitions” in order to reach “true spiritual truth,” but concluded only what the text of Scriptures stated in direct positive terms. It was exceptionally well articulated, affirming many of the convictions I had already reached on my own from the Scriptures, and solving many of the problems I had been struggling with – original sin and the nature of man, traducianism, the essence and attributes of God, the union of the two natures in Christ, the nature of the Church and its relation to earthly institutions, etc. The comparative inklings I had developed on my own regarding the tough doctrines of Scripture had been fully worked out by Christians who had gone long before I had, in many cases going all the way back to the Apostles. I wept because I knew that the burden of trying to understand and articulate the true teaching of the Scriptures all on my own had been lifted – it had always been known, and for the most part, well articulated. I just needed to hold on to it, and confess it. And then find Lutherans who actually believed their own doctrines.

Dr. Heinrich Schmid was my introduction to Lutheran scholarship, and after reading his Doctrinal Theology, I found myself enthusiastically admitting what Hay and Jacobs boasted in their Translators Preface as they quoted the eminent German Reformed theologian, Dr. Philip Schaff: “The Lutheran Church is a church of theologians, and has the most learning.” Schmid's Doctrinal Theology has, for me, held the standard of honest Lutheran scholarship ever since.

'via Blog this'
Posted by Ichabod the Glory Has Departed at 9:06 PM