The Sunday Before The Epiphany 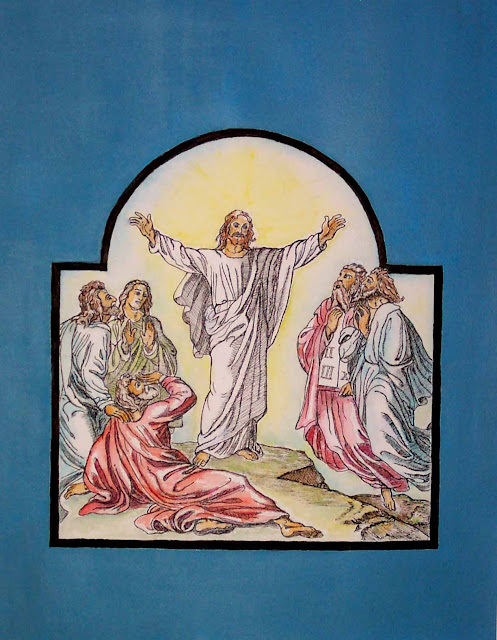 This Transfiguration scene is the cover art, designed by Norma Boeckler, for Thy Strong Word.


The Sunday before the Epiphany, 2011


The Hymn # 126 Arise and Shine 3:67
The Confession of Sins
The Absolution
The Introit p. 16
The Gloria Patri
The Kyrie p. 17
The Gloria in Excelsis
The Salutation and Collect p. 19
The Epistle and Gradual
The Gospel
Glory be to Thee, O Lord!
Praise be to Thee, O Christ!
The Nicene Creed p. 22
The Sermon Hymn # 128 Brightest and Best 3:29

Luther Taught Justification Through the Means of Grace

KJV 1 Peter 4:12 Beloved, think it not strange concerning the fiery trial which is to try you, as though some strange thing happened unto you: 13 But rejoice, inasmuch as ye are partakers of Christ's sufferings; that, when his glory shall be revealed, ye may be glad also with exceeding joy. 14 If ye be reproached for the name of Christ, happy are ye; for the spirit of glory and of God resteth upon you: on their part he is evil spoken of, but on your part he is glorified. 15 But let none of you suffer as a murderer, or as a thief, or as an evildoer, or as a busybody in other men's matters. 16 Yet if any man suffer as a Christian, let him not be ashamed; but let him glorify God on this behalf. 17 For the time is come that judgment must begin at the house of God: and if it first begin at us, what shall the end be of them that obey not the gospel of God? 18 And if the righteous scarcely be saved, where shall the ungodly and the sinner appear? 19 Wherefore let them that suffer according to the will of God commit the keeping of their souls to him in well doing, as unto a faithful Creator.

Sunday Before the Epiphany
O Lord God, heavenly Father, who didst suffer Thy dear Son, Jesus Christ, to become a stranger and a sojourner in Egypt for our sakes, and didst lead Him safely home to His fatherland: Mercifully grant that we poor sinners, who are strangers and sojourners in this perilous world, may soon be called home to our true fatherland, the kingdom of heaven, where we shall live in eternal joy and glory; through the merits of Thy Son, Jesus Christ our Lord, who liveth and reigneth with Thee and the Holy Ghost, one true God, world without end. Amen.

To be finished later.
Posted by Ichabod the Glory Has Departed at 7:32 AM