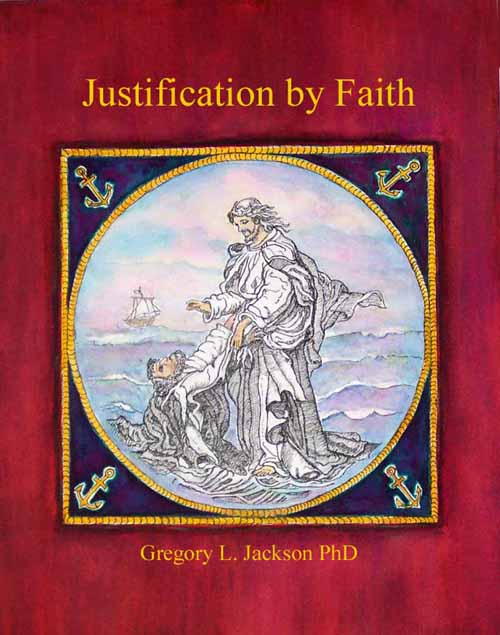 The Festival of the Reformation, 2010


The Hymn # 265 Thine Honor Save Erhalt Uns Herr
The Confession of Sins
The Absolution
The Introit p. 16
The Gloria Patri
The Kyrie p. 17
The Gloria in Excelsis
The Salutation and Collect p. 19
The Epistle and Gradual
The Gospel
Glory be to Thee, O Lord!
Praise be to Thee, O Christ!
The Nicene Creed p. 22
The Sermon Hymn # 262 A Mighty Fortress 1:86
The Gospel Shows the Father’s Grace
The Communion Hymn # 264 Preserve Thy Word 2:55
The Preface p. 24
The Sanctus p. 26
The Lord's Prayer p. 27
The Words of Institution
The Agnus Dei p. 28
The Nunc Dimittis p. 29
The Benediction p. 31
The Hymn # 347 Jesus Priceless Treasure 2:77

KJV Matthew 11:12 And from the days of John the Baptist until now the kingdom of heaven suffereth violence, and the violent take it by force. 13 For all the prophets and the law prophesied until John. 14 And if ye will receive it, this is Elias, which was for to come. 15 He that hath ears to hear, let him hear.

Collect
O almighty, eternal God: We confess that we are poor sinners and cannot answer one of a thousand, when Thou contendest with us; but with all our hearts we thank Thee, that Thou hast taken all our guilt from us and laid it upon Thy dear Son Jesus Christ, and made Him to atone for it: We pray Thee graciously to sustain us in faith, and so to govern us by Thy Holy Spirit, that we may live according to Thy will, in neighborly love, service, and helpfulness, and not give way to wrath or revenge, that we may not incur Thy wrath, but always find in Thee a gracious Father, through Jesus Christ our Lord, who liveth and reigneth with Thee and the Holy Ghost, one true God, world without end. Amen.

The Gospel Shows the Father’s Grace

Lenski:
“The angel has “the everlasting gospel to preach” εὐαγγέλιον αἰώνιον εὐαγγελισαι; the noun and the infinitive repeat and thus emphasize the gospel and the idea of good news. We need not ask what this gospel is, for its content is stated in v. 7. The older Protestants regarded this first angel flying in midheaven as a prophecy of Luther and his gospel, and to this day Rev. 14:6, 7 is the regular pericope for Reformation Day. Sometimes it was thought that Luther was prefigured by the third angel. The other two were thought to be Wycliff and Huss. When commentators reject this interpretation they do so without sufficient reason. The text for Reformation Day is well chosen, for the fathers of Reformation days selected it not because they identified the first angel wholly with Luther. The Reformer, too, preached only the old apostolic gospel. The angel with the eternal gospel is the messenger from heaven for the whole New Testament Era and thus most certainly includes a man like Luther who once more made the eternal gospel ring out in all its saving power and purity in the whole wide world despite all the devil’s effort to hush his voice. Use the text as the fathers intended it to be used, and all is well. If any made the angel apply only to the Reformer, their only fault lay in the narrowness of their interpretation.” Lenski, R. C. H.: The Interpretation of St. John's Revelation. Columbus, O. : Lutheran Book Concern, 1935, S. 428.

Some stained glass windows have a figure of Luther with wings, carrying the Bible. The symbol is quite powerful, because Luther and the Reformers went against 1000 years of Medieval tradition to restore the Gospel.

The Gospel, in the simplest words, shows the Father’s grace. The Reformation worked against ten centuries of Law preaching, fear, and condemnation.

The concept of Purgatory came from Plato, from pagans, as the Roman Catholic Church has admitted. Anyone who belongs to the Church of Rome agrees with Purgatory by virtue of membership. Purgatory fits well with man’s wisdom – we are imperfect and need to be cleansed after death. That by itself is a repudiation of the Gospel. Even worse, Purgatory is a system of works teaching people how they can earn their way into heaven by pleasing God with works. Although a few people may reach heaven immediately after dying, they claim, the vast majority spent hundreds and thousands of years being tortured in Purgatory, comforted by the Virgin Mary and consoled by the presence of so many priests, nuns, and Notre Dame coaches. Mother Angelica spoke glowingly of Purgatory by saying, if she died and woke up there, “I made it!”

The fear-stoked Catholics are told to aim at heaven so they land in Purgatory. If they aim for Purgatory, they may miss and…

Grace
The issue is how we receive grace and what this grace means.

KJV Genesis 6:7 And the LORD said, I will destroy man whom I have created from the face of the earth; both man, and beast, and the creeping thing, and the fowls of the air; for it repenteth me that I have made them. 8 But Noah found grace in the eyes of the LORD.

The ark saved Noah from the global destruction that followed, and that ark became a symbol of Holy Baptism.

KJV 1 Peter 3:20 Which sometime were disobedient, when once the longsuffering of God waited in the days of Noah, while the ark was a preparing, wherein few, that is, eight souls were saved by water. 21 The like figure whereunto even baptism doth also now save us (not the putting away of the filth of the flesh, but the answer of a good conscience toward God,) by the resurrection of Jesus Christ:

Luther was trained to be a Biblical scholar. Even with all the Medieval traditions he had to learn, he studied the Word of God. Luther was an Augustinian monk, which meant that Augustine was especially respected in his order (compared to other figures, such as Aquinas, who is still the favorite of Rome today).

Augustine is the greatest theologian of the Christian Church, next to Luther, and he emphasized God’s grace and the power of the Word.

Paul, Augustine, and Luther were converted by the Word of God, so they knew and experienced the grace of God in His Word.

The Word of God must necessarily go against the traditions of man. God reveals His Word and calls men to teach it, but Satan fulminates against the Word and tries to destroy it by supplanting it with an imitation Gospel.

When prisoners escaped from Alcatraz, they fooled the guards by having dummies in the beds. The guards saw human forms and heads, and assumed the prisoners were in bed for the regular head count.

Satan uses grand and popular worship services to re-assert the folly of a religion of works. Modern man faces the same withering religion of Law that Medieval man suffered under. Two versions are popular. One is the Law religion of political activism, where the church is used to advance the Marxist agenda in the name of caring about the poor and making peace a reality.

The other Law religion concerns itself with prosperity, self-fulfillment, and transforming lives. These are two versions of the same Enthusiasm, new revelations from man and his Father Below, displacing the Gospel of Jesus Christ.

The religion of works teaches that man must do to earn God’s grace and favor,

The Gospel teaches God’s grace, converts man to faith, and brings to man that grace of the Gospel, earned by Christ in His titanic struggle against Satan.

The religion of grace teaches that God’s favor and forgiveness come to man through faith alone, apart from the works of the Law.

When man is not certain of God’s grace, he looks for ways to make himself confident. Man is not good at this, so he always fastens onto something wrong, whether emotions (religious ecstasy) or works of the Law (suffering, giving, lobbying for the Left).

To counter this, God has given us the clearest possible tokens of His grace. They symbolize His grace and favor, but they also provide what they symbolize. These are the instruments of His grace, the Means of Grace.

The Word is the Means of Grace in each instance. We are confident in His forgiveness because it is based upon the objective Word, not our feelings or works.

People confuse that proclamation. The atonement of Christ is the universal payment. The crucifixion is the redemption of the entire world. The message of this atonement or redemption (propitiation, expiation, ransom payment, reconciliation) is the Gospel.

The purpose of Gospel preaching is to teach man first that he does not believe in Christ. Secondly, to show by the empty grave and Ascension that Christ lives eternally to give us eternal life.

Conversion itself is important, but re-emphasis is also an essential part of worship and teaching. Man loses his confidence in the Gospel and begins to trust in himself. That is a natural process called entropy. We drift away from the truth, just as engines wear out and fires die down.

When man begins to lose his trust in the Gospel alone, he reaches out for certainty in other forms – traditions, works, emotions, and worldly honors. Grace plus works is no longer God’s grace but some form of Law – not God’s Law, but man’s Law leavened with snippets of Christianity.

Luther’s sermons emphasized faith in Christ, faith in God’s Word, because that is God’s message –
1. That He has done everything for us.
2. That He has given us certainty in the Means of Grace, no matter what others or our feelings may tell us – not even if Satan assails us with doubts.
3. That the Word is our only light, our foundation, our assurance of God’s grace, favor, and forgiveness.

The power of the Gospel is so great that it permeates every aspect of our lives. The Gospel makes us impatient with false teachers and intolerant of false doctrine. The world begs us to give the cancer of works and feelings a little more time to be straightened out. Friends urge us to be flexible and compromise on just a few points, to be uniters rather than dividers.

The Gospel brings the cross, but it also brings that inner peace that does not abandon us when people rage against the Word.
Posted by Ichabod the Glory Has Departed at 7:29 AM