The Third Sunday after the Epiphany 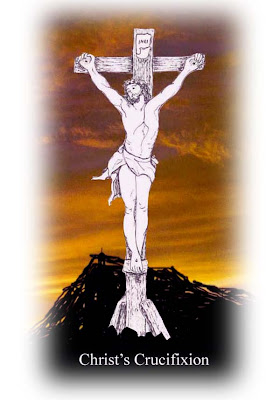 The Third Sunday after the Epiphany


The Hymn #44 Ye Lands 2.41
The Confession of Sins
The Absolution
The Introit p. 16
The Gloria Patri
The Kyrie p. 17
The Gloria in Excelsis
The Salutation and Collect p. 19
The Epistle and Gradual
The Gospel
Glory be to Thee, O Lord!
Praise be to Thee, O Christ!
The Nicene Creed p. 22
The Sermon Hymn # 264 Preserve Thy Word 2.55

KJV Romans 12:16 Be of the same mind one toward another. Mind not high things, but condescend to men of low estate. Be not wise in your own conceits. 17 Recompense to no man evil for evil. Provide things honest in the sight of all men. 18 If it be possible, as much as lieth in you, live peaceably with all men. 19 Dearly beloved, avenge not yourselves, but rather give place unto wrath: for it is written, Vengeance is mine; I will repay, saith the Lord. 20 Therefore if thine enemy hunger, feed him; if he thirst, give him drink: for in so doing thou shalt heap coals of fire on his head. 21 Be not overcome of evil, but overcome evil with good.

KJV Matthew 8:1 When he was come down from the mountain, great multitudes followed him. 2 And, behold, there came a leper and worshipped him, saying, Lord, if thou wilt, thou canst make me clean. 3 And Jesus put forth his hand, and touched him, saying, I will; be thou clean. And immediately his leprosy was cleansed. 4 And Jesus saith unto him, See thou tell no man; but go thy way, shew thyself to the priest, and offer the gift that Moses commanded, for a testimony unto them. 5 And when Jesus was entered into Capernaum, there came unto him a centurion, beseeching him, 6 And saying, Lord, my servant lieth at home sick of the palsy, grievously tormented. 7 And Jesus saith unto him, I will come and heal him. 8 The centurion answered and said, Lord, I am not worthy that thou shouldest come under my roof: but speak the word only, and my servant shall be healed. 9 For I am a man under authority, having soldiers under me: and I say to this man, Go, and he goeth; and to another, Come, and he cometh; and to my servant, Do this, and he doeth it. 10 When Jesus heard it, he marvelled, and said to them that followed, Verily I say unto you, I have not found so great faith, no, not in Israel. 11 And I say unto you, That many shall come from the east and west, and shall sit down with Abraham, and Isaac, and Jacob, in the kingdom of heaven. 12 But the children of the kingdom shall be cast out into outer darkness: there shall be weeping and gnashing of teeth. 13 And Jesus said unto the centurion, Go thy way; and as thou hast believed, so be it done unto thee. And his servant was healed in the selfsame hour.

Third Sunday After Epiphany
O almighty and everlasting God, mercifully look upon our infirmities, and in all dangers and necessities stretch forth Thy mighty hand, to defend us against our enemies; through Jesus Christ, Thy Son, who liveth and reigneth with Thee and the Holy Ghost, one true God, world without end. Amen.

The one great issue in all of religion is this – how are people forgiven their sins? This lesson addresses the issue by showing us how God’s Word is the same as His will.

There are two miraculous healings in this Gospel lesson. The first one shows the faith of the leper, who said, “You can make me clean, if you will.” Jesus’ response is concise, “I will. Be clean.”

The man was immediately healed of his leprosy. Jesus told him to show himself to the priest for the ritual cleansing, “as a testimony.” This is another example of how the Gospel spread. Jesus did not burden them with the Law, telling them they had to convert people to faith to make God happy, that hordes of people were going to Hell without an effective—and expensive—evangelism program. Instead, He told the healed man to have the cleansing ritual performed. The process of showing himself to the priest would reveal everything, and people would discuss this miracle among all their friends and relatives.

The modern frauds invent miracles and call that evangelism, when they fake events and brag about their crowds. I ran into a photo of one of these frauds in my files. He was raising the dead in Florida, he claimed, although no evidence ever emerged. His felony record did show up and he went on the lam. Perhaps he is working his miracles in Haiti now.

Jesus performed miracles to confirm His Word, so people would see that His authority came from God the Father. The miracles themselves were secondary, because even the widow’s son (Nain) and Lazarus had to face death.

The leprosy cure was especially noteworthy because the man they knew as a leper, an outcast, was cleansed of his disease in a moment. The miracle was associated with the teaching of Jesus. As the news spread, people believed in Him before they heard Him speak, before they saw a miracle with their own eyes.

This leper worshiped Jesus and trusted in the power of the Savior. We do not know exactly when this happened. There are many similar examples in the Gospels. Jesus was clearly revealed as the Son of God, in many different ways, so the countryside was coming to see Him and to seek His healing.

The leper had the advantage, if we can call it that, of having nothing. Lacking the esteem of his own people, feeling nothing but rejection for his unclean state, the leper had nothing of his own to offer – wealth, power, or good works. The Word kindled faith in his heart and that faith trusted in the power of the Savior to make him whole again.

Jesus only needed to say, “Be clean” and the leper was healed.

The miracle strengthens our faith by showing us the power of the Word. With that established, we see in the next miracle how God’s Word is not limited by the visible presence of Christ.

An officer of the Roman army came to Jesus and asked Him to heal his servant. As everyone knew then, a Roman army officer had absolute power over his men. This power was far greater and more terrible than anything known today. He could order a decimation, where one soldier out of ten was beaten to death, to firm up discipline in the ranks. For that reason, and many more, the centurion knew how powerful a command could be.

The centurion also had faith in Jesus. Like Peter, he spoke of his unworthiness, and asked for his servant to be healed.

He offered his own perspective on God’s Word.

but speak the word only, and my servant shall be healed. 9 For I am a man under authority, having soldiers under me: and I say to this man, Go, and he goeth; and to another, Come, and he cometh; and to my servant, Do this, and he doeth it.

Jesus marveled at the soldier’s faith, and healed his servant at that moment.

Before the healing was announced, Jesus gave this as a warning:

11 And I say unto you, That many shall come from the east and west, and shall sit down with Abraham, and Isaac, and Jacob, in the kingdom of heaven. 12 But the children of the kingdom shall be cast out into outer darkness: there shall be weeping and gnashing of teeth.

In other words, people from all cultures will hear the Gospel and be saved, but the natural heirs, the Jewish people, will be cast into Hell for unbelief.

The unifying element is faith, not heritage. Nothing prepares people more for faith in Christ than Judaism. All the worship, Scriptures, and practices point toward Jesus as the Messiah. The initial Christian church was almost completely Jewish in its makeup. When the rejection and excommunication set in, the Gospel rain moved on to other cultures. God gave His own people abundant chances, from the shepherds seeing the angels to the Temple appearances and miracles.

Many Jews today are Christians, often “secret believers,” to use a term from F. Pieper. To be an open believer in their families would make them modern day lepers. We known someone who went to her husband’s grave for a rabbinic ceremony and had a Bible study at her house later. When someone says, “Bible study,” it is not from the local synagogue.

Most of us are from that outside group Jesus described. As I mentioned before, one part of my family was burdened by the Law demands of the Seventh Day Adventists (no pork, etc), so they joined an Evangelical Church. Apparently some of my Adventist relatives were bigshots, so leaving that behind was an issue in the extended family. I was attending a popular mainline church with my family when the whole youth situation and Church Growth style services made me cross the street to go with traditional, liturgical, Augustana Lutherans. One step leads to another, both toward the Gospel and away from the Gospel. The person I asked about the Lutheran Church is a Hindu teacher now. We lived in the same neighborhoods, attended the same schools, and were confirmed in the same Lutheran Church.

The Effective Word
These Gospel miracles show the power of God’s Word, essential to understand when we speak about forgiveness.

People easily lose their faith in the forgiveness of sin. Truly that is the greatest miracle of the Bible, after the Incarnation. God can and does provide miraculous healing.

How can God declare sins forgiven? That is the meaning behind that term – justification. There are only two kinds of justification: self-justification, our normal state; and justification by faith, taught in the Word.

Self-justification consists of making excuses or offering up good works in exchange for forgiveness. Sometimes people make future promises as well, as if the weakness of the first instance will be overcome by a newfound strength. Self-justification is the hardest thing of all, as a desert father once wrote.

Justification by faith is instantaneous and does not require anything of us. The Gospel plants faith in our hearts and nurtures that faith.

Like the healing of the leper and the centurion’s servant, God says – Be clean, and we are clean. He says – Be healed, and we are healed.

We offer nothing but receive everything through faith. This justification is continuous from the Gospel. The Holy Spirit daily forgives us our sin, fully and freely, as we confess in the Small Catechism. (When we say the Holy Spirit, it also means the Word. And vice versa.)

When we receive Holy Communion, God’s Word says – “for the forgiveness of sin.”

It is important to cling to the plain words of the Scripture, in spite of all our doubts and insecurities. The Old Adam wants to offer something in exchange, to make a deal as Gov. Hucklebee recently said on TV.

Christ has already given all for the treasure of the Atonement. The Holy Spirit distributes that treasure through the Word and Sacraments.
Posted by Ichabod the Glory Has Departed at 6:53 AM