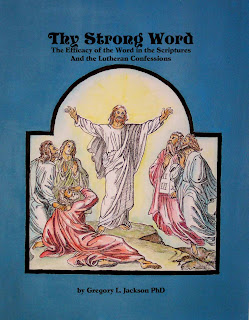 Cover by Norma Boeckler
The Twelfth Sunday after Trinity

KJV 2 Corinthians 3:4 And such trust have we through Christ to God-ward: 5 Not that we are sufficient of ourselves to think any thing as of ourselves; but our sufficiency is of God; 6 Who also hath made us able ministers of the new testament; not of the letter, but of the spirit: for the letter killeth, but the spirit giveth life. 7 But if the ministration of death, written and engraven in stones, was glorious, so that the children of Israel could not stedfastly behold the face of Moses for the glory of his countenance; which glory was to be done away: 8 How shall not the ministration of the spirit be rather glorious? 9 For if the ministration of condemnation be glory, much more doth the ministration of righteousness exceed in glory. 10 For even that which was made glorious had no glory in this respect, by reason of the glory that excelleth. 11 For if that which is done away was glorious, much more that which remaineth is glorious.

KJV Mark 7:31 And again, departing from the coasts of Tyre and Sidon, he came unto the sea of Galilee, through the midst of the coasts of Decapolis. 32 And they bring unto him one that was deaf, and had an impediment in his speech; and they beseech him to put his hand upon him. 33 And he took him aside from the multitude, and put his fingers into his ears, and he spit, and touched his tongue; 34 And looking up to heaven, he sighed, and saith unto him, Ephphatha, that is, Be opened. 35 And straightway his ears were opened, and the string of his tongue was loosed, and he spake plain. 36 And he charged them that they should tell no man: but the more he charged them, so much the more a great deal they published it; 37 And were beyond measure astonished, saying, He hath done all things well: he maketh both the deaf to hear, and the dumb to speak.

Twelfth Sunday After Trinity
Almighty and everlasting God, who hast created all things: We thank Thee that Thou hast given us sound bodies, and hast graciously preserved our tongues and other members from the power of the adversary: We beseech Thee, grant us Thy grace, that we may rightly use our ears and tongues; help us to hear Thy word diligently and devoutly, and with our tongues so to praise and magnify Thy grace, that no one shall be offended by our words, but that all may be edified thereby, through Thy beloved Son, Jesus Christ, our Lord, who liveth and reigneth with Thee and the Holy Ghost, one true God, world without end. Amen.

The Ministration of Righteousness
This Epistle is one of the great Bible passages on the importance of the Gospel, without denigrating the Law.

The history of Christian doctrinal conflicts is full of extreme positions being taken, usually as a reaction to some error or weakness. A reaction to a weak position does not create a strong, orthodox position. It often generates another problem to be faced.

Luther properly divided the Scriptures into Law and Gospel. Unionistic Protestants like to say there are few differences between the Lutherans and them, so why not just agree with them? That is like saying men and women have hundreds of similarities, so why not overlook the differences and declare one gender?

Let’s start with Law and Gospel itself. No other Christian confession emphasizes this so much. In fact, they really do not use those categories in any consistent way. For example, Karl Barth—theologian of Fuller Seminary—began one of his volumes this way: “The gift is a demand.” So he was saying (via his mistress Charlotte Kirschbaum, who wrote most of his Dogmatics) that the gift of salvation imposes a Law demand on all believers. For Lutherans, that is a clear confusion between Law and Gospel, turning the Gospel into Law.

Non-Lutheran Protestants impose Law demands on believers to prove outwardly that they are believers. For example, they must not smoke, drink alcohol (not even communion wine) use tobacco, dance or watch dancing, or participate in the theater in any way (including Disney movies). The essence of Lutheran Pietism is a list of outward signs of inward sanctification, while relaxing doctrinal standards and neglecting the Means of Grace.

Among Lutherans, Law/Gospel confusion can be found in various forms.

To emphasize the greatness of the Gospel, some Lutherans become anti-Nomians and declare, “There is no Law. It is obsolete.” This is appealing because anti-Nomian attitudes lead to hedonism, universalism, UOJ.

Clever anti-Nomians even use Paul’s inspired words to turn his doctrine upside-down. They say, “The Law is a pedagogue or tutor that leads us to Christ.” So the Law no longer has any function once we are believers. But I have found these anti-Nomians are the most legalistic people around, and quick to condemn anyone who does not fall for their claptrap. Oh, they have shiploads of Law for those people.

That is where the anti-Nomian position harmonizes the UOJ of WELS/ELS/LCMS with the Gospel reductionism of ELCA. They have the same message – “Everyone is forgiven by God’s grace.” Each sect says they others are bad because of outward behavior, either promoting sodomy or not promoting sodomy, advocating close communion or advocating open communion. But the apostates of each group like working together because they agree on basic doctrine – Everyone is forgiven, everyone saved – the Gospel is telling people this message that they are already forgiven, saved, going to heaven.

Paul’s message in this lesson is very much condensed, which is why Luther saw more Gospel in the Epistles than in the Gospel narratives themselves.

In II Corinthians, Paul is defending himself against false teachers by teaching the congregation what a faithful ministry is. The accusations were about the shortcomings of Paul, including his chronic illness (which is never disclosed to us).

Those now familiar with Pietism can see the Pietistic argument – “You are outwardly defective in these ways so you are not a real minister or the right one.” America is Pietistic to a fault, which is why a lying murderous scoundrel has to be buried as a saint to make his followers feel good. I finished watching the latest Kennedy funeral thinking, “He was just too good to be sullied by association with the rest of us. Heaven may need some new laws passed before he will step inside.”

“Our sufficiency is of God.” Those familiar with the efficacy of the Word know what this means. A careful reading will show a perfect harmony between faithful ministry, the work of the Holy Spirit through the Word, and the effectiveness of the Gospel.

A wrong (Reformed) view of the Gospel is that we must make it alive, germane, relevant, appealing. A good Reformed minister, like the late D. James Kennedy, is one who is good at packaging and selling the Gospel. I mention him because I liked him and admired what he did – to an extent. I did not admire his doctrine at all.

Opposition to the Word never takes the form of “I hate the Scriptures.” People will say, “The announcements are too short or too long.” And they work over the minister and each member of his family. This is funny when a member of the church is busy wrecking it, because the same people then say, “He is a charter member of this church,” conferring sainthood on demonic activities. But such are God’s ways, that He turns destructiveness into new blessings and moves the Gospel to another place and new people.

“Our sufficiency is of God” is just the opposite of worrying about “how well we are doing.” Looking for outward signs of success is typically Pietistic and bound to lead into doctrinal error and apostasy. The Old Adam wants an Old Adam minister who appeals to his carnal nature with spiritual-sounding words.

6 Who also hath made us able ministers of the new testament; not of the letter, but of the spirit: for the letter killeth, but the spirit giveth life.